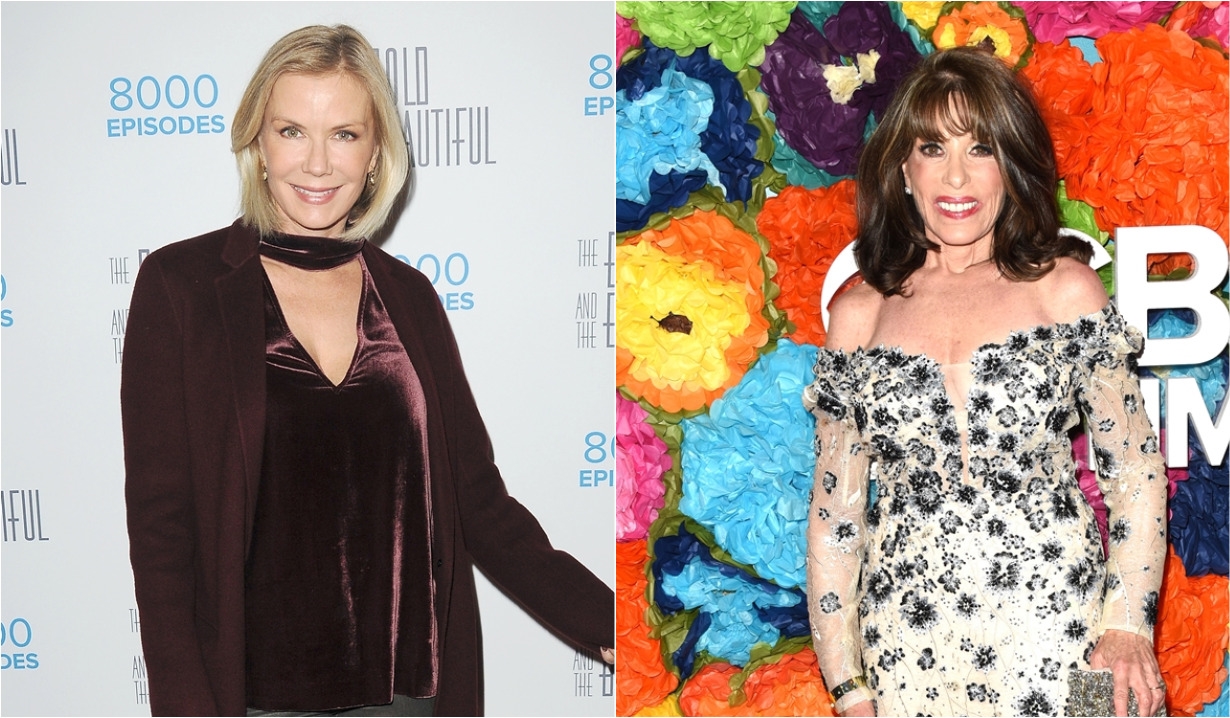 Young and Restless actress Kate Linder (Esther Valentine) will be hosting her 8th Annual OpportuniTea event in Toronto, Ontario on Sunday December 8 at the Fairmont Royal York Hotel in support of the March of Dimes. Soaps.com readers in attendance will enjoy a VIP meet & greet session from 12:15 PM – 1:00 PM with opportunities for photos and autographs from 3:15 PM – 4:00 PM. Global’s The Morning Show host, Caroline MacKenzie will co-host the tea along with Young and Restless’ Christian LeBlanc (Michael Baldwin). Additional cast from the CBS soap opera already named to be in attendance will be Sharon Case (Sharon Newman), Mark Grossman (Adam Newman), and Christel Khalil (Lily Winters). Ticket prices range from $100 for high tea and show to $250 for VIP Circle of Friends and can be accessed through March of Dimes. Later in December, Bold and Beautiful star Katherine Kelly Lang (Brooke Logan) plans to make her first appearance in Canada on Saturday December 21 for a holiday soiree at the Revue Cinema Theater in Toronto, Ontario with a 5:00 PM start. The event, which strictly requires semi-formal attire, is an interactive and private closed-door Q&A session. Attendees will spend 90 minutes getting up close and personal with the CBS soap opera star to ask questions and hear stories, all while raising funds for sponsored charities. The session will be followed by a cocktail reception, during which fans will have the opportunity to get autographs and photos with Lang. The VIP post-show reception requires a special ticket. For more information on the various ticket options and/or to purchase please visit AEG Soiree Live.

Who is coming to hang out with me in Canada? I will be in Toronto December 21st for the weekend doing some public appearances and can’t wait to meet all of you over there! Find out more by going to https://t.co/gCqwlFyclp 🎉🎉🎉💖 pic.twitter.com/JacsSUj2vQ