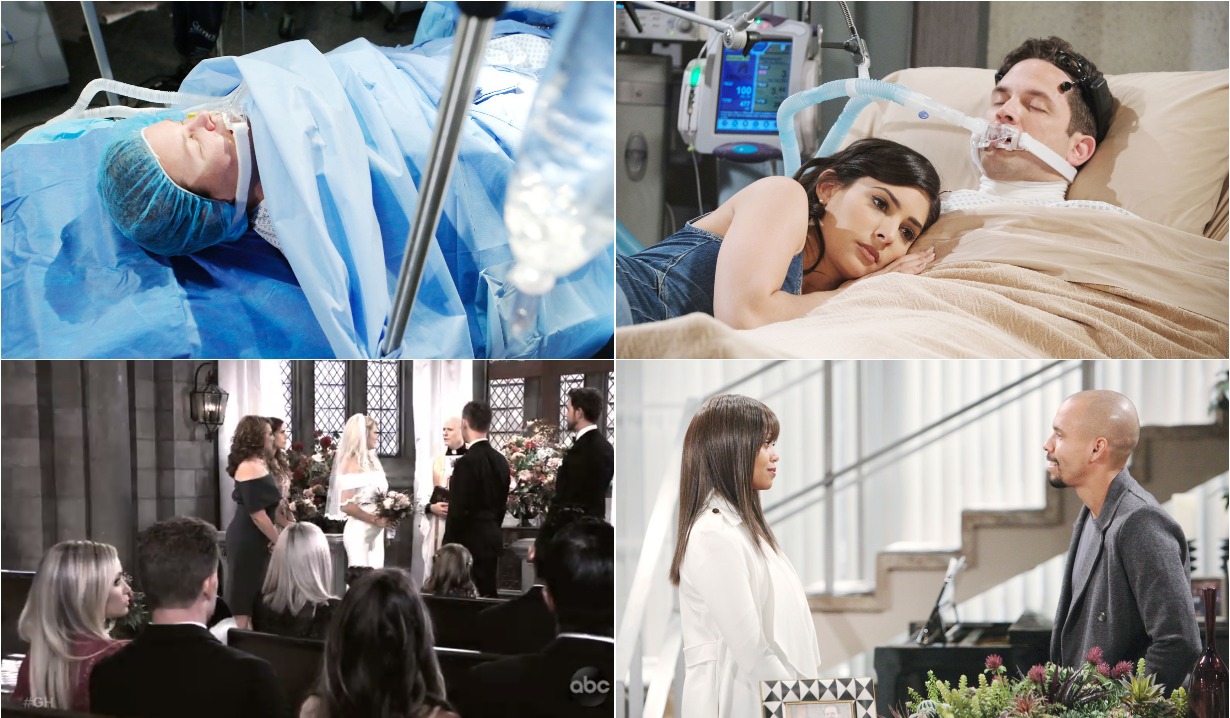 A poignant moment, a final good-bye, sad news and an unexpected appearance.

Episode highlights for Bold and the Beautiful, Days of our Lives, General Hospital and Young and the Restless were action-packed for the week of October 7 – 11 and Soaps.com has a rundown to get readers caught up. Plus, a few teasers for each soap opera.

First on The Bold and the Beautiful, Flo learned she was a match for Katie, and agreed to donate a kidney only if she was kept anonymous. Katie and her family were ecstatic a donor was found, and after the surgery, Shauna exposed that Flo was the secret donor. Elsewhere, Steffy refused to listen to Ridge’s defense of Thomas and sided with Brooke against her father. Coming up: Thomas asks Shauna to help him keep Ridge and Brooke apart.

On Days of our Lives, with Stefan braindead, everyone was hopeful Gabi would consider donating his heart to Julie. Gabi eventually agreed, but only after forcing Lani to beg on her hands and knees. Vivian exited Salem, but not before running into Eve and urging her to get revenge on those who wronged her. Rolf injected Hope with a serum and performed a mysterious surgery on her. And Victor was stunned when Brady revealed Kristen was pregnant and his grandson moved her into the Kiriakis mansion. Coming up: Nicole keeps Sarah’s pregnancy from Eric.

Over on General Hospital, Lulu brought Valentin and Nina’s wedding to a halt by revealing Sasha was not Nina’s daughter. Sasha tearfully admitted it was true, breaking Nina’s heart. Through Sasha claimed Valentin and Obrecht had nothing to do with her scam, Nina was doubtful. Meanwhile, Finn began to get the feeling that Hayden had been lying to him about something. And just as Spinelli invalidated a key piece of evidence implicating Sam in Shiloh’s murder, the goon Peter hired to break Shiloh out was caught and claimed Sam hired him. Coming up: Nelle’s parole hearing is held.

Finally, on The Young and the Restless, when Victoria learned Victor was going to return to Newman, she threw a letter opener at his portrait and warned if he didn’t make her the permanent CEO then she’d create her own company and destroy his. Impressed, he handed over the title. Kyle felt disrespected by Billy at Jabot, while Devon fired Theo from Hamilton-Winters. Phyllis and Cane located Adam gambling in Vegas, but he refused to return home and was done with revenge schemes. Cane, searching for Chance, was contacted by him and lured to a secluded location where he was knocked out. Coming up: Abby wonders if Lola could be pregnant. 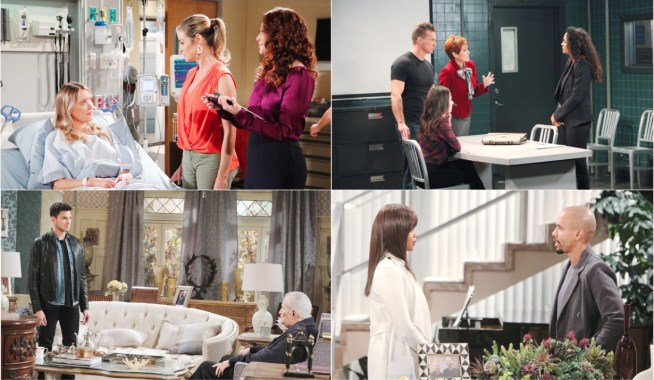 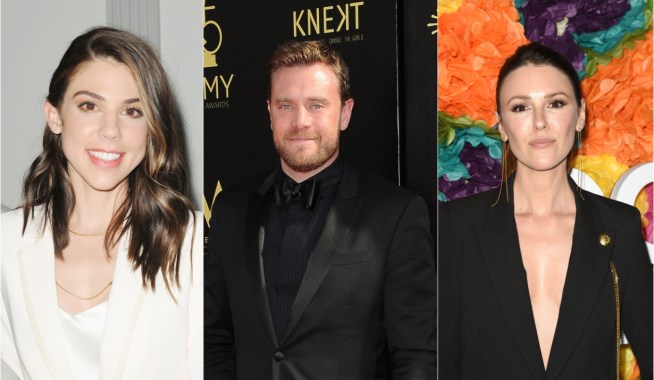