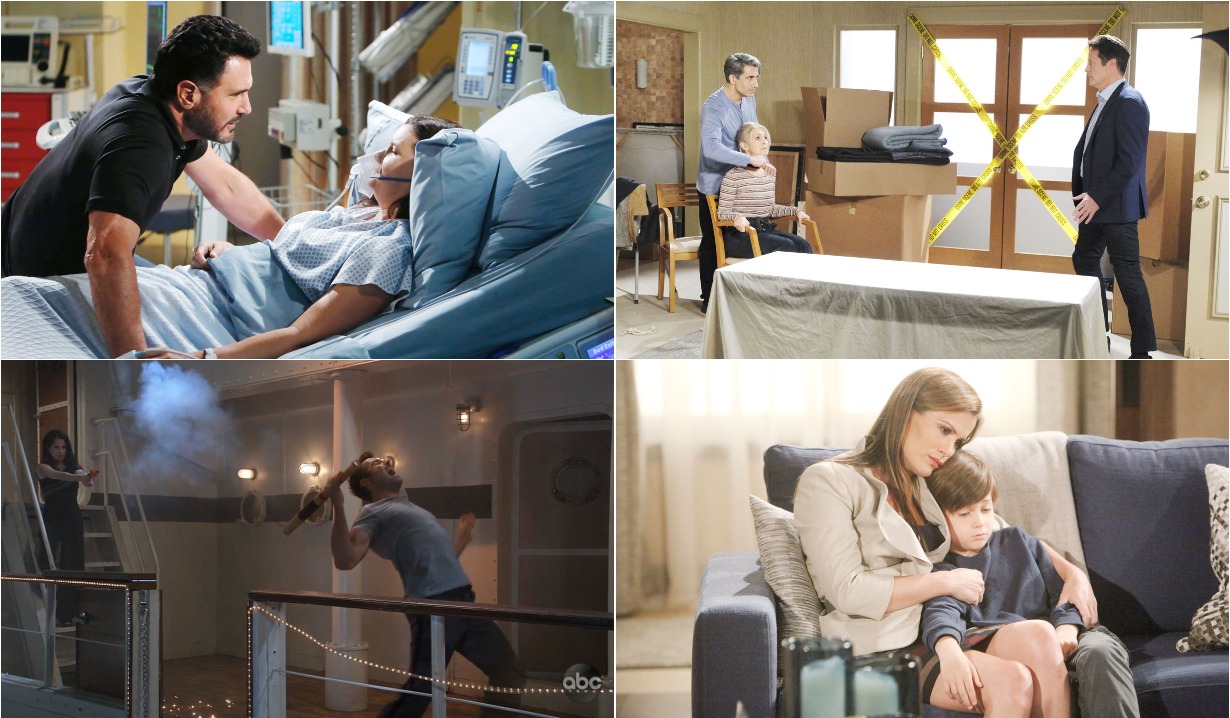 A full-scale battle, a tearful farewell, a trap is set and a big move is made.

It’s a new week in daytime but before we settle in for more drama, take a look at last week’s Bold and the Beautiful, Days of our Lives, General Hospital and Young and the Restless episode highlights from September 23 – 27. Plus, Soaps.com gives teasers for what’s ahead for each soap opera…

First on The Bold and the Beautiful, Sally accepted Wyatt’s marriage proposal. Katie was rushed to the hospital after collapsing, and there Dr. Armstrong revealed she was in kidney failure and needed a transplant. Thomas snuck into the Forrester mansion to verbally berate his son Douglas for ruining everything for him. When caught by Ridge, Thomas lied and said he was telling Douglas how much he missed him. But when Brooke found Thomas, she slapped him after he demanded her respect as Ridge’s son. Coming up: Thomas turns to Shauna for help.

On Days of our Lives, Xander accompanied Sarah to her abortion, where Kristen planned to have Dr. Rolf implant Sarah’s embryo in her. However, Rolf couldn’t because Kristen was already pregnant. When Sarah woke and learned the procedure was interrupted, she decided to keep the child. After learning Kate wouldn’t recover, Lucas decided to donate her heart to Julie. Miraculously Kate suddenly woke up, with the help of Dr. Rolf and his serum. And Jack came to Jenn’s rescue from the demented Dr. Shah, and a bump on his head brought all his memories back. Coming up: Brady learns Kristen is carrying his child.

Over on General Hospital, Shiloh kidnapped Wiley and headed to The Haunted Star to flee to Canada. In the process, he also took Sam and Dev hostage. Jason raced to Sam’s rescue, but it was Sam who shot and killed Shiloh. Elsewhere, Julian learned that Kim slept with Franco, who believes he is Drew thanks to a memory transplant and promptly dumped her. And Laura discovered that Curtis and Hayden were working together to find Mikkos’ codicil. Coming up: Carly goes into premature labor.

Finally on The Young and the Restless, Victoria was arrested for murdering her father, thanks to Adam framing her. In a not-shocking-twist, Victor was alive and all the Newmans were in on the secret plot to trap Adam. Adam decided to leave Genoa City behind, but before departing, confronted his father. Elsewhere, Devon threw a birthday party for Elena at the Grand Phoenix, which Amanda Sinclair crashed. When Mariah came face to face with Hilary’s look-a-like she broke down. Coming up: Amanda Sinclair reads Katherine’s un-doctored will. 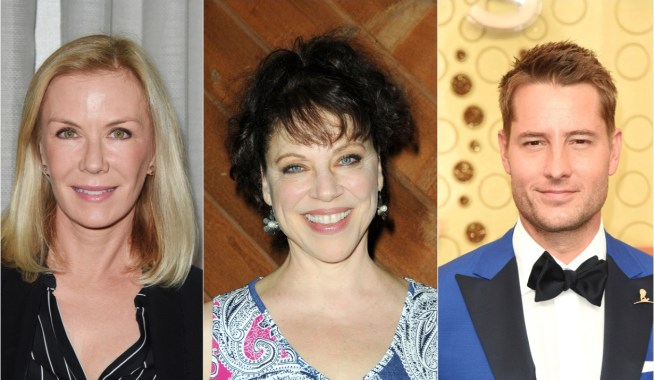