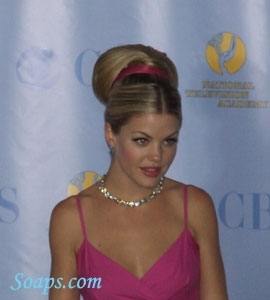 General Hospital’s Lexi Ainsworth (Kristina Davis) and Kelly Monaco (Sam McCall) have just signed on for the Los Angeles event, as well as One Life to Live’s Daphnee Duplaix (Rachel Gannon) and Austin Williams (Shane Morasco) for the New York City one. Please stay tuned to the link below for any other additions or event details!

The next events for the ABC Soap Nation Tour have just been announced and will surround the partnership with City Year and work with the Entertainment Industry Foundation’s “iParticipate” to help beatify local schools!

On Saturday October 24, two events will take place simultaneously in Los Angeles and New York City to include appearances by…

Register to be a volunteer and find out all the latest details for the event today!

Soaps.com hopes the event is a huge success!