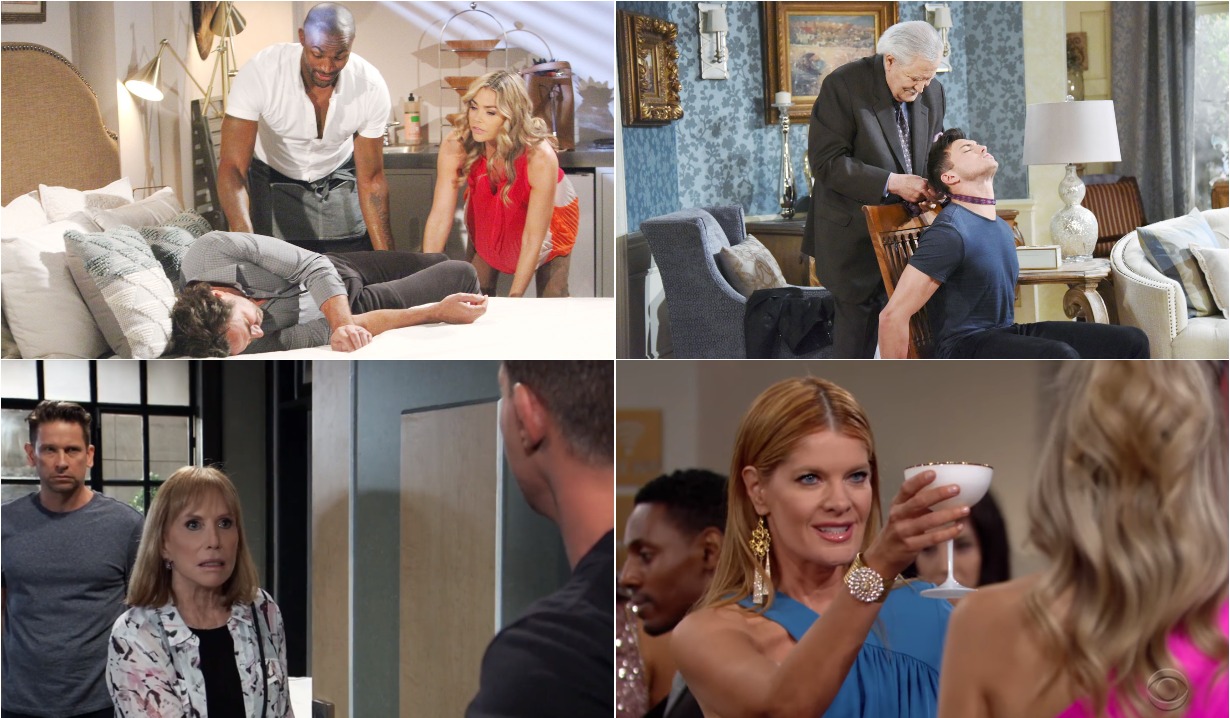 A difficult decision, a grisly arrival, desperation, and a stunning admission.

Before a new week begins, Soaps.com has Bold and the Beautiful, Days of our Lives, General Hospital and Young and the Restless episode highlights from September 9 – 13, as well as soap opera teasers for down the road.

First on The Bold and the Beautiful, the case against Thomas’s involvement in Emma’s death was closed due to lack of evidence, and Flo was released with immunity in exchange for giving evidence against Dr. Buckingham. After a fight about Thomas, Ridge walked out on Brooke and ran into Shauna at the Bikini Bar, where he got wasted. Shauna and Danny got Ridge to a room upstairs to sleep it off, and Shauna snuggled next to him. Coming up: Shauna admits she has feelings for Ridge.

On Days of our Lives, Sarah struggled with telling Eric she was pregnant while he was busy reuniting with Nicole. Kate escaped her grave and made it all the way to the hospital. Later, Vivian attempted to sneak into Kate’s room to silence her enemy once and for all. Jenn, Jack and JJ were hopeful that Dr. Rolf could restore Jack’s memory, and Kayla gave him a lab at the hospital to work in. And a confrontation between Kristen and Brady resulted in a passionate kiss and Brady admitting he still wanted Kristen. Coming up: Jennifer is kidnapped.

Over on General Hospital, Julian learned that Brad stole Michael’s child and swapped his dead out for Michael’s, and Brad begged him to kill Obrecht to keep the secret safe. The wreckage of Drew’s plane was found, and he was presumed dead. Laura agreed to work with Curtis in locating the missing codicil, which he believes Helena hid. Dustin and Lulu grew closer and shared a passionate kiss. And Sasha finally decided to tell Michael the truth about who she is. Coming up: Obrecht demands more from Brad.

And on The Young and the Restless, Phyllis crashed the Grand Phoenix’s launch party, where Zoe spiked the signature cocktail with Molly. The drugs jacked up everyone’s libido and caused serious medical reactions for Sharon and Devon. Paul was forced to shut the whole shindig down. Phyllis deduced Zoe drugged the drinks, and she admitted she did for revenge against Theo and Kyle. Well, Phyllis secretly recorded the confession and used it to get back in at the Grand Phoenix as Chief of Security. Elsewhere, Adam’s plan for Victor was working, as he grew weaker and weaker until he collapsed and had no pulse. Coming up: Victor is pronounced dead. 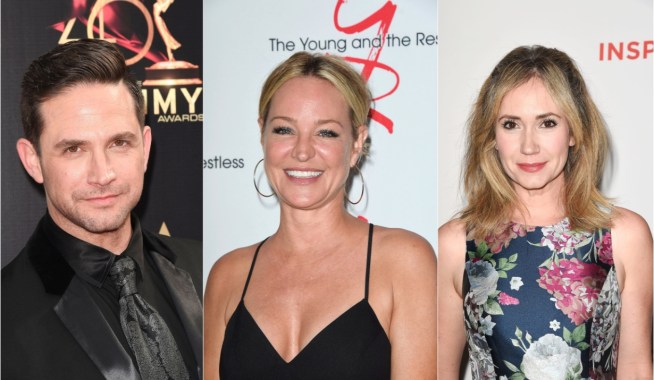 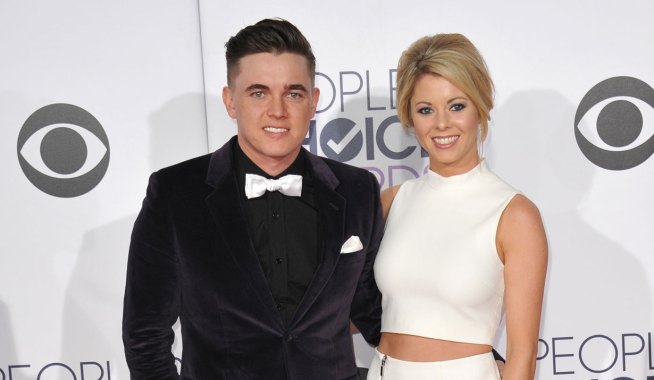