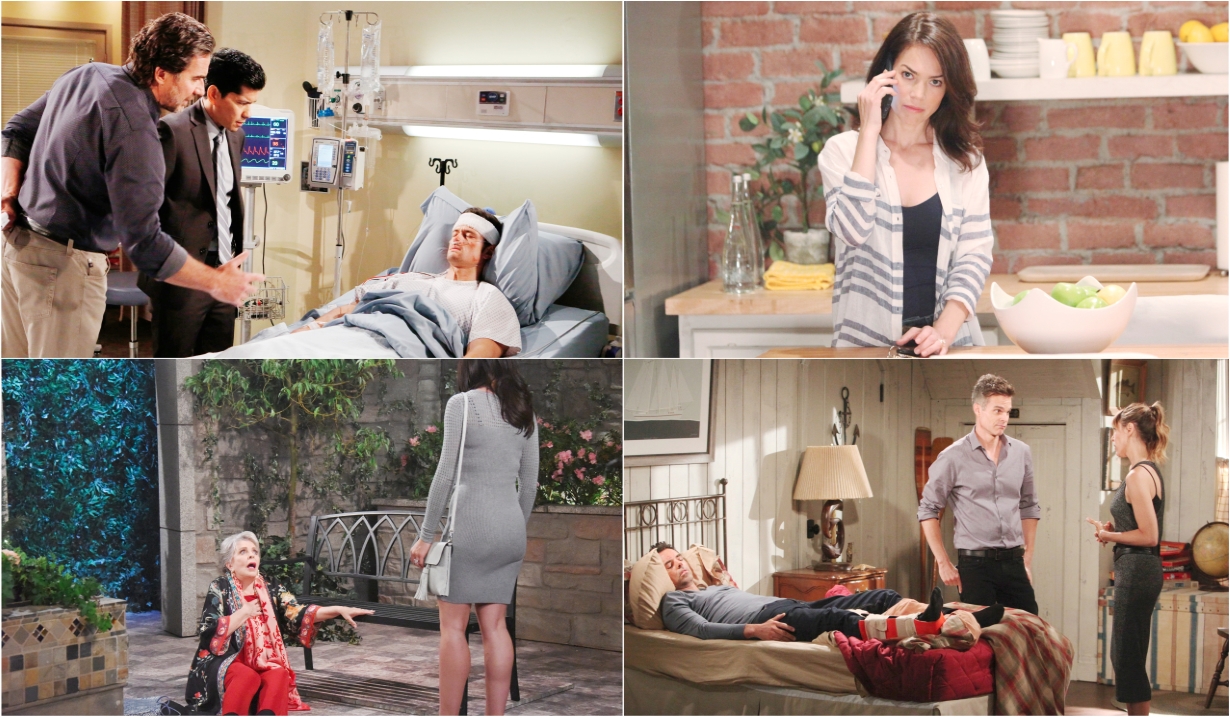 Back from the brink and on the edge.

Soaps.com provides a few tantalizing tidbits of what’s in store with the latest spoilers for the week of September 2 – 6 for The Bold and the Beautiful, Days of our Lives, General Hospital, and The Young and the Restless, plus Days and GH spoilers from September 9 – 13 and Fall Previews for all soaps.

Thomas continues trying to dig himself out of the hole he’s made. After listening to what he says to Detective Sanchez, Brooke starts to worry that he might actually be managing to do it. When she tells Ridge what she thinks has been happening, she’s shocked that her husband doesn’t buy her story. Things go very differently when Bill learns what’s been going on and he heads straight to the hospital to confront Thomas. Brooke’s sisters throw their support behind her as Bill digs for evidence that can be used against Thomas. Meanwhile, the amount of damage she’s caused starts to sink in for Flo after she has a visit from her mom while sitting in jail. Flo’s week gets even more miserable thanks to a brutal visit from Ridge. And Ridge’s mind goes to a dark place after he hears about Thomas’ involvement in Emma’s demise. Check out Soaps.com’s The Bold and the Beautiful spoilers to see who Sally locks lips with.

Thanks to Gabi, Julie is left facing almost certain death when she is taken to Salem hospital. Her family quickly gathers around and hopes for the best. It doesn’t look like that’s going to come. Kayla has bad news about Julie’s grim condition. If Hope wasn’t already depressed by this, she also has a disturbing letter from Ted to contend with. While Lani is tearing into Gabi for her actions, Eric delivers some news to Sarah that could leave her shaking. His information about Nicole and Holly is shocking, but maybe not quite as shocking as the fact that Vivian is still alive. Eric and Vivian face danger while Gabi can hardly handle the fact that Viv is still kicking and ready to reunite with Stefan. Meanwhile, Ciara isn’t sure how to react when Brady decides to offer her a position at Titan. Read the Days of our Lives spoilers to discover who wants Ben dead.

With Franco still convinced that he’s Drew, Liz is forced to work twice as hard to keep her head together. Cameron does his best to help out at home, but he’s having a hard time and it’s not helping him play nicely with others. At least things seem to be looking up a bit for Obrecht, but she might be the only one. Alexis gets some more bad news, and this only riles up her suspicious nature. Across Port Charles, Julian tries to balance between being encouraging and going on the defensive. But grim news seems to be spreading all over town. Nina is hit hard and may not be able to cope emotionally. However, the chaos has got Jax digging for some answers. Take a look at our General Hospital spoilers to find out who is concerned about what’s next for Dante.

Billy’s out of control gum-chewing alter ego has taken over and becomes violent, albeit not very successfully. After his attempt to bump off Adam fails, Kevin and Chloe have to drug him up and try to cover for him. When Billy snaps out of it, he’s in for an ugly reckoning. Things aren’t looking great for Chloe either. While Kevin is worrying about her, Victor summons all his powers to put his worries about his family into something productive. With Sharon busy staying stubborn, Adam takes the opportunity to try to cover things up. Unfortunately for him, Nikki manages to catch him out. Across Genoa City, the opening of the Grand Phoenix looms as Chelsea and Abby put the final touches on the hotel and prepare for the press. While they are optimistic about the future, things aren’t quite so clear for Devon. And Phyllis returns to something from her past. Visit The Young and the Restless spoilers to learn who gets a new perspective on things. 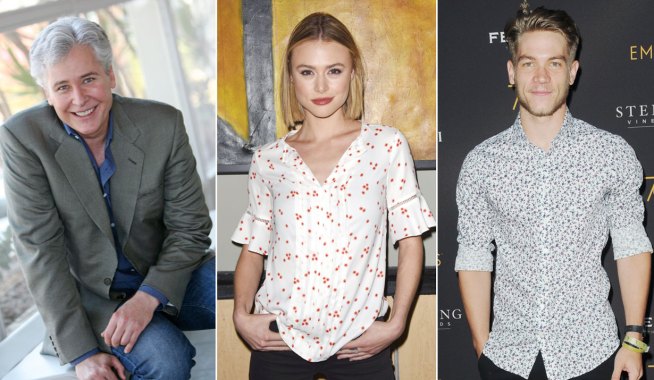 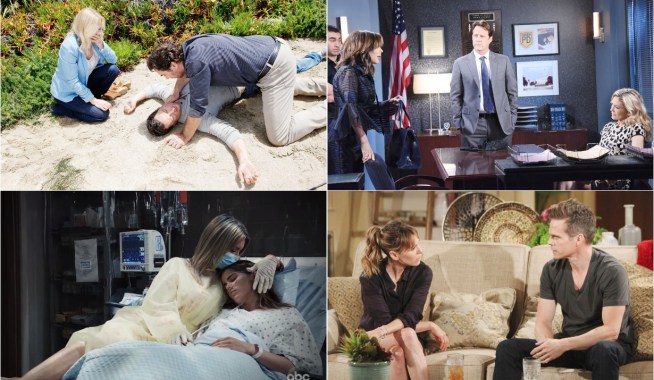