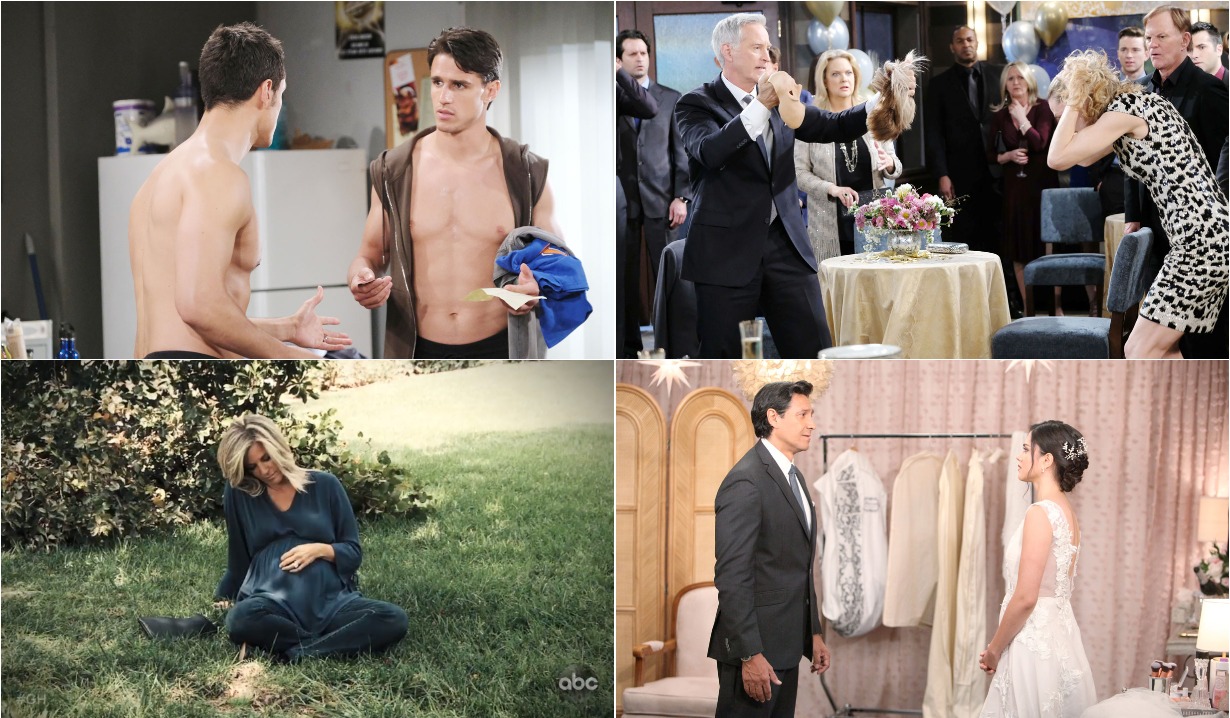 Enraged, an anniversary party, unanswered questions, and a secret.

Last week’s Bold and the Beautiful, Days of our Lives, General Hospital and Young and the Restless episodes were filled with drama and Soaps.com has some highlights for the week of August 19 – 23, as well as down the road soap opera teasers.

First on The Bold and the Beautiful, Hope delivered a hearty slap to Flo, who was arrested for her party in babygate. Detective Sanchez began to investigate Thomas’ role in Emma’s death, while Hope informed Thomas she was getting an annulment. Ridge remained in denial as to how dangerous Thomas had become, as Thomas stalked Hope to the cliff house. Protecting her daughter from Thomas, Brooke pushed him away from her and he went over a cliff! Coming up: Thomas is hospitalized and may not survive.

On Days of our Lives, after being found out by Gabi and Stefan, Kristen imprisoned them in the handy-dandy DiMera wine cellar. There, Gabi and Stefan gave into their feelings for one another. Will and Sonny told Brady their suspicions that Kristen was still alive, while Xander confirmed he was working for Kristen. At John and Marlena’s anniversary party, John put the pieces together and revealed Kristen had been parading as Nicole the whole time, and she was arrested. Coming up: The real Nicole and Holly are alive.

Over on General Hospital, it was revealed that Shiloh was the one who handed Drew over to Helena years ago, but Shiloh blackmailed Peter into helping him get out of prison because he also knew Peter was in cahoots with Helena back then. Drew left town after locating the missing money Shiloh was after and planned to return it to the people of Afghanistan. And Ava dreamed about a visit from her dead daughter Kiki, who refused to forgive her. Coming up: Finn is shocked by Sasha’s test results.

And on The Young and the Restless, Lola’s father Adrian crashed her wedding and tried to reconcile with Celeste, but she turned him down. Meanwhile, the uninvited Theo brought Zoe, the underage girl from New York to the wedding, but she held no ill will towards Kyle. Adam proposed to Sharon out of the blue, and shockingly she turned him down. Victor revealed to Abby that Phyllis was scheming to oust her from their Grand Phoenix partnership, so Abby dumped Phyllis and went with Chelsea instead. And after becoming the new DA, Michael’s first move was to have Chloe arrested. Coming up: Devon receives disturbing news about Katherine’s will. 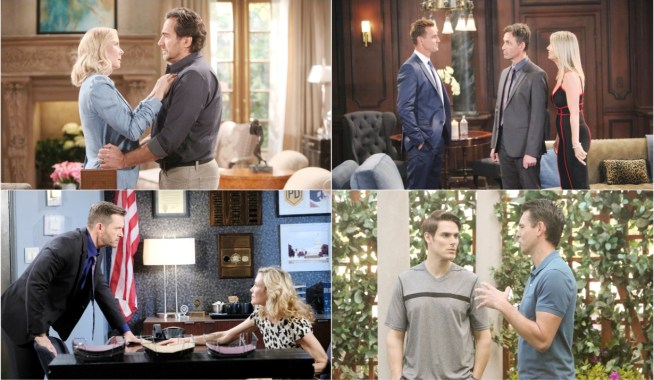 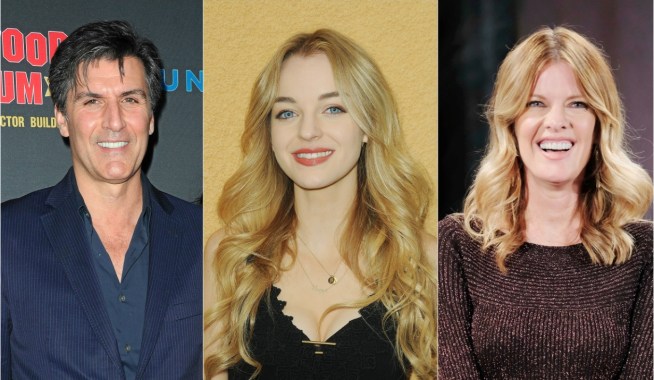