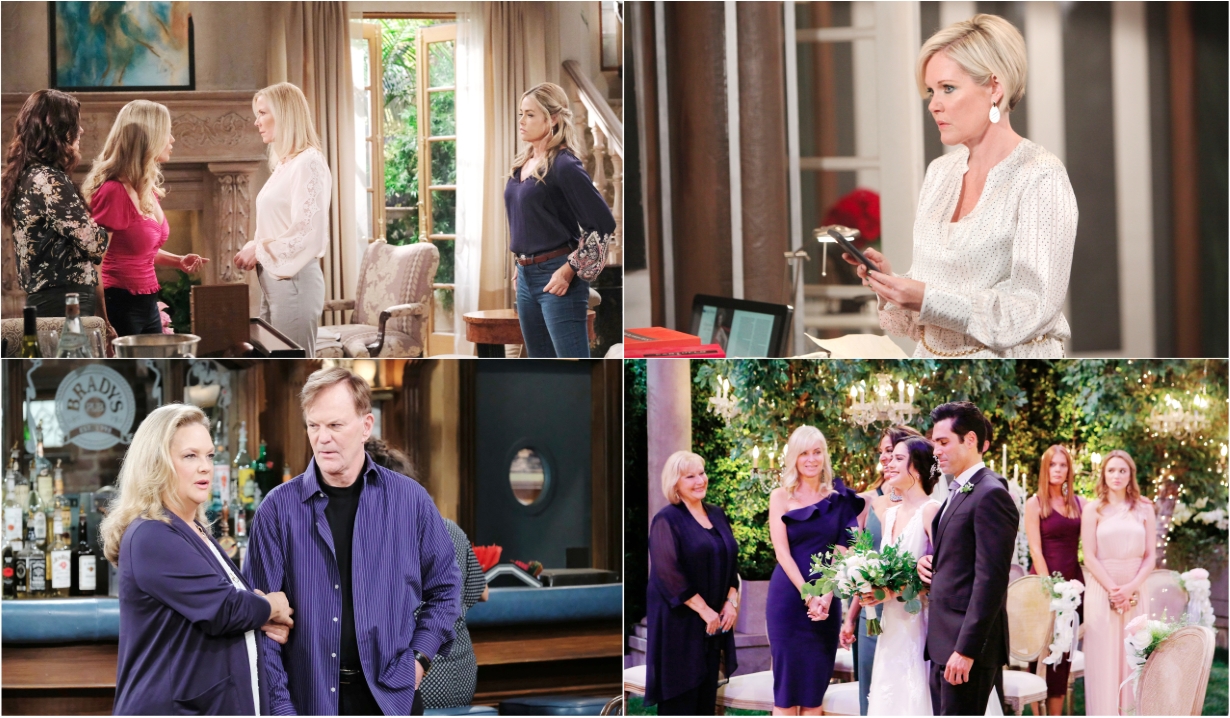 Scheming, teaming up, and breaking down.

Get a taste of what the future holds as Soaps.com brings you the latest spoilers for the week of August 19 – 23 for The Bold and the Beautiful, Days of our Lives, General Hospital, and The Young and the Restless, plus Days and GH spoilers from August 26 – 30.

Things are looking bleak for Flo. Shauna watches in horror as Ridge and Brooke make sure she gets her comeuppance. Revenge isn’t the only thing on his mind though. He faces questions from Detective Sanchez about Thomas and Emma’s apparent demise. Soon, Ridge breaks down to Brooke about his failures in life. Meanwhile, Hope wants to move on with her life and fast. She drives ahead with her plans to annul her marriage and undo the adoption. Learning this throws Thomas into a rage. Brooke and Liam worry that the unhinged man refuses to accept reality and remains committed to keeping Hope in his life. Hope’s worries about how dangerous he is only increase when he corners her at the cliff house. Will Ridge or Brooke manage to save her before it’s too late? Check out Soaps.com’s The Bold and the Beautiful spoilers to see what Wyatt is conflicted about.

With time quickly running out, Gabi manages to put the pieces together and discover what Kristen has been doing. But will she act in time, or will she be too distracted by her feelings for Stefan? They both have a hard time controlling themselves. Meanwhile, Brady can hardly stop himself from telling Eric that he is with Nicole again. But that happy news could get even more awkward than it already is when Will tells Brady that he suspects Kristen is still alive and on the loose. Even without Gabi and Will on her trail, Kristen’s plan could be doomed to failure. Tony is getting sick of the charade and demands a divorce from ‘Nicole’, but she realizes that getting Susan out of the picture is even more pressing. Having Anna back in Salem isn’t helping her schemes either, particularly after Anna drags Roman into her plans. Everything comes to a head at John and Marlena’s anniversary party when the shrink winds up with a gun in her face. Read the Days of our Lives spoilers to discover who is left to comfort Eric.

Although they have never gotten along, maybe things will change now that Franco believes that he’s Drew. We’ll find out when Jason pays the man with the mixed-up memories a visit. Meanwhile, Curtis and Drew pay Liz a visit and the three of them try to figure out the next step they need to take to get Franco back to one of his former personalities. Curtis gets a lead in his investigation and takes off. Shiloh continues using whatever he can to catch a break in Port Charles. Kim doesn’t know what to do with all the confusing feelings that FrankenDrew is stirring up. However, it is thoughts of her past that are giving her comfort and maybe that’s what Franco will give her when they see each other again. It’s a lot less comfortable when Lulu asks Robert and Olivia to drop by the Corinthos compound with her. Sonny isn’t exactly in a great mood either thanks to some issues at the warehouse. And Ava continues to spiral thanks to her latest disturbing dreams. Kevin tries to do what he can to ease her racing mind, but it may not be enough. Take a look at our General Hospital spoilers to find out who Obrecht asks for help.

Lola’s wedding to Kyle keeps going, but it’s not exactly the happy day that they had hoped for. Her family continues to undermine her. Arturo shows up, desperate to get something off his chest. While this turns into a scene, it’s nothing compared to the fracas that breaks out between Kyle and Theo when the latter brings Kyle’s old friend Zoe to the wedding reception. All of this pales considerably in comparison with Billy’s ongoing mental breakdown. Sharon may be headed to a breakdown of her own thanks to the latest shock that Adam sends through her life. She runs off to Nick for some needed comfort while Chelsea is trying to cut a deal to end the misery. It looks like Michael is also in for a miserable week. Lauren has some hard questions to ask her husband. But that isn’t quite as worrying as Victor grilling him about his loyalty. The mustache learns a secret that could seriously disrupt some lives and takes immediate steps to protect Abby’s interests. Visit The Young and the Restless spoilers to learn who returns to Genoa City. 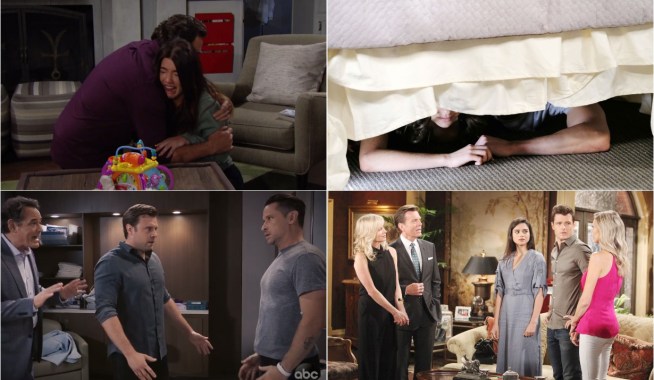