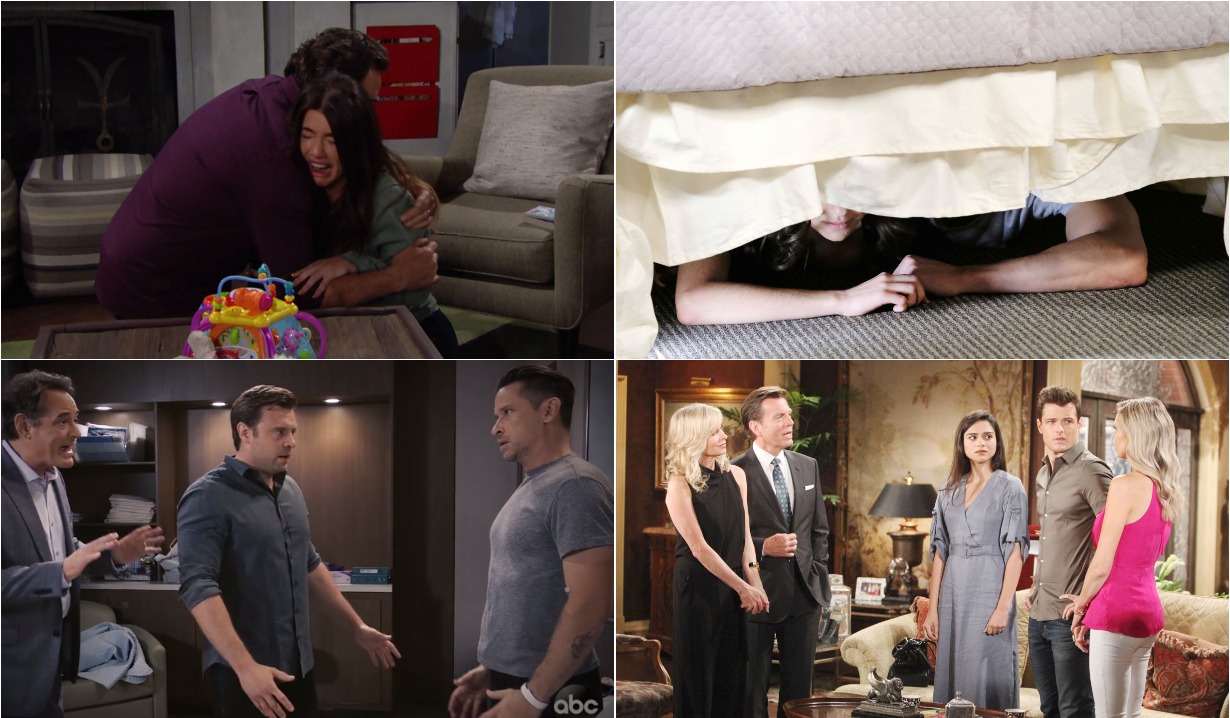 Soaps.com is back with episode highlights and cliffhangers for Bold and the Beautiful, Days of our Lives, General Hospital and Young and the Restless during the week of August 12 – 16, plus a few teasers for what’s ahead on your favorite soap operas…

First on The Bold and the Beautiful, Hope and Liam planned to start over with Beth, and assured Steffy they’d be one big happy extended family as originally planned. Thomas went into hiding and the delusional Forrester vowed to get Hope back. Ridge fired Zoe and Xander for their deception, and word came of Reese’s arrest. And Wyatt apologized to Sally, and the two discussed trying again. Coming up: Bill vows revenge on those who kept Beth from Liam and Hope.

On “Days of our Lives,” after making love to “Nicole,” Brady noticed she had scar tissue on the same spot as Kristen’s tattoo, and couldn’t stop thinking about the DiMera. Xander wanted immunity in exchange for revealing who killed Ted. Gabi confronted “Nicole,” for framing Stefan for Ted’s murder, they fought, and she ripped off Kristen’s wig and mask. John and Marlena both separately planned to surprise the other with an anniversary party. And Anna and Tony reconnected, but furious he wouldn’t divorce Nicole, she announced she was marrying Roman. Coming up: an explosive secret is revealed at John and Marlena’s anniversary party.

Over on General Hospital, Franco woke up believing he was Andrew Cain and it was 2012. Hayden broke into Wyndemere to search the place and was caught by Obrecht, and offered to set her up on a date with Jax if she kept quiet. Laura met with psychic Chelsea, who warned her that her son was in grave danger. And Mike, no longer recognizing his son due to his Alzheimer’s, mistook Sonny for a reverend, and Sonny married his father and Yvonne. Coming up: Kim finds comfort in her past.

And on The Young and the Restless, Phyllis partnered with Abby to try and buy The Grand Phoenix back from Adam. After reconnecting with Adam, Connor declared he wanted to live with his father. Later, Adam received a restraining order, courtesy of Victor, barring him from seeing Christian. Lola and Kyle began to get cold feet, but eventually said, “I do” as Lola’s father crashed their wedding. And Summer learned that in New York, Kyle and Theo got drunk with a girl who was underage, and Kyle was forced to use his trust fund to pay the girl’s father to keep quiet. Coming up: Victor learns a secret. 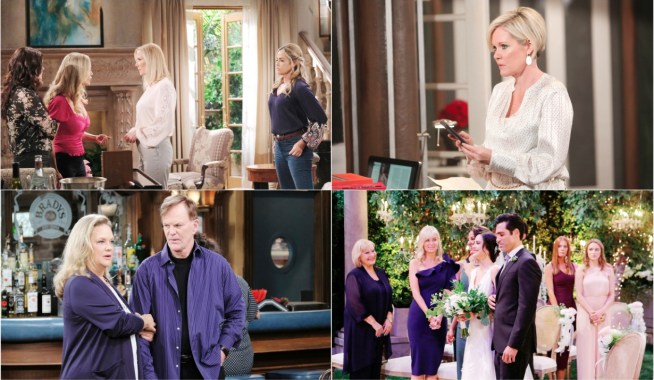 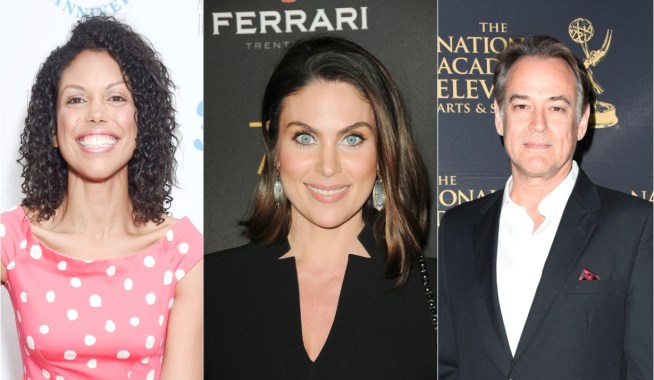