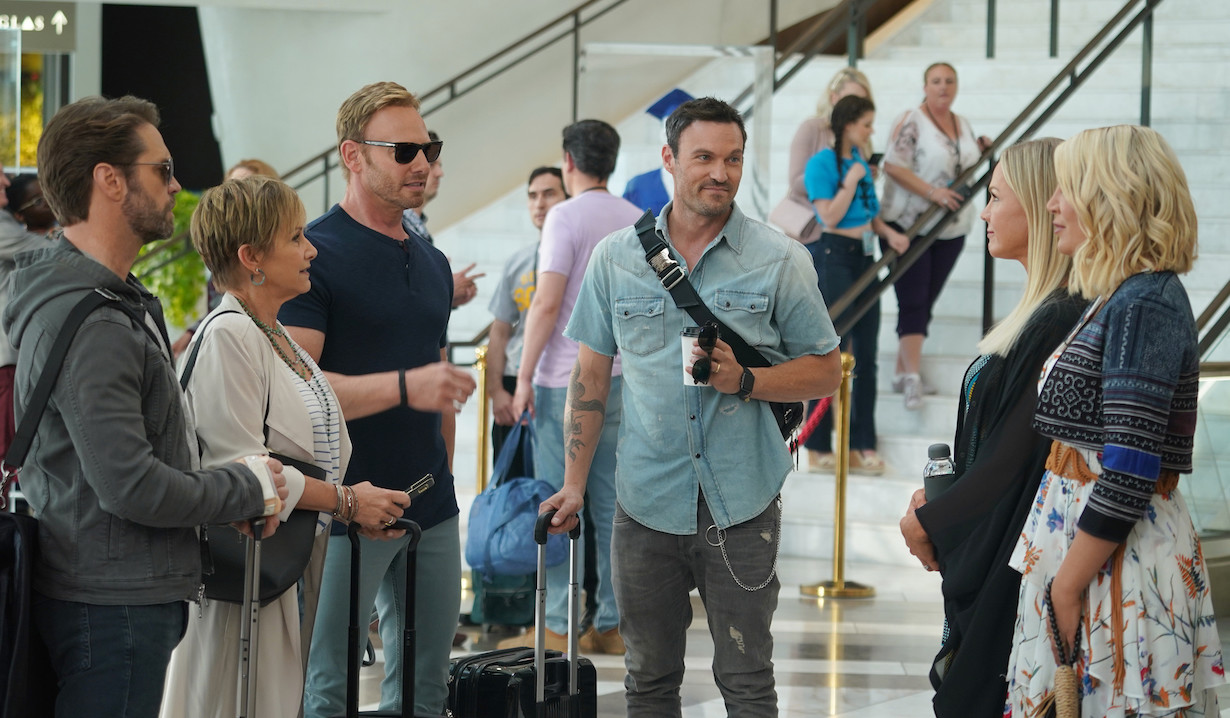 The original 90210 cast returns for feuds, sex, and a reboot.

Despite there being an onslaught of reboots and revivals in Hollywood these days, I was excited for the new BH90210 because it offers something different — a heightened reality of the actors playing themselves as they try to reboot their former hit show, Beverly Hills, 90210, within the current show. I absolutely loved the first episode, as the cast was totally game for poking fun at their on and off-screen personas. My only disappointment stems from the fact that we will never know what Luke Perry would have brought to his alternate personality. Sadly, we’ll have to be satisfied with the tribute they paid to the late actor throughout the first episode, which Soaps.com has recapped below.

Catching up with the cast 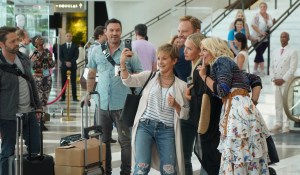 As the cast prepares to meet for the Beverly Hills, 90210 reunion in Vegas, we learn Tori Spelling is broke after her latest reality show has been canceled. Since her husband leaves everything up to her, she needs the reunion money to pay their bills. Jennie Garth is on divorce number three and, hilariously, feels a lot of animosity towards Jason Priestley. She’s also relieved Shannen Doherty, who is saving endangered animals in Jaipur, won’t be at the reunion. Jason is a director whose publicist wife is making him go to the event. She thinks it will help restore his image after he punched the star of his movie who mocked him for being Brandon Walsh. Brian Austin Green married a Grammy award-winning artist and is a stay at home dad. Ian Ziering married a younger woman and is promoting their book: Holly-Wed Workout: Sweat Together To Get Together. (I was disappointed there were no Sharknado references.) Gabrielle Carteris is a married grandma and the president of the Actors Guild of America. 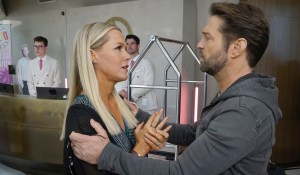 As the cast meets up at the Vegas hotel, they stand around awkwardly until Gabrielle says she’s glad they’re all there. Jason responds, “I wish that were true,” and I want to cry as they all silently think about Luke Perry. While they catch up, Jennie passes on a hug from Jason, cementing her pronounced disdain for him as my favorite thing about this alternate reality. Tori, who is nervous to see Brian because he “popped her cherry” on TV and in real life, is the one to calm him down when he notes he hasn’t done this in 20 years. 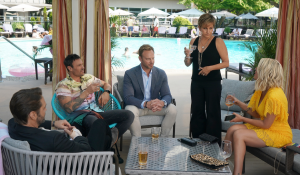 Everyone heads poolside for drinks after the Q&A panel, which Shannen joins via a live feed, inciting a lot of eye rolls from the cast. Jennie, irritated by Ian gushing over his perfect marriage, flirts with a guy at the pool until he calls her by her former character name. She heads to the bar to reluctantly sit with Jason, who finishes texting his wife who is all business. Jennie bemoans everyone thinking of her as Kelly, but Jason sees her — all of her. They proceed to take their contentious reunion upstairs to a hotel room and have sex. Jennie is mortified in the aftermath, assuming Jason, who uses his golden boy persona to get out of everything, will charm his way out of cheating on his wife too. He does not argue her point.

Meanwhile, Tori gets drunk with Brian until she sees 90210 merchandising she’s not getting a cut of. She has a total meltdown in the middle of the hotel, which includes breaking the glass case that contains a dress she wore on the show. Gabrielle, who shares an unexpected kiss with a female bartender (who was also a huge fan of her character Andrea Zuckerman), rushes to meet her friends. She gasps at the sight of them helping Tori steal the dress. Brian loses his wallet and Ian snatches a life-size cutout of himself as they all run out to catch Brian’s private plane home.

Drunk and wearing the red dress, Tori makes a speech on the plane about how great it is for them to all be together again. They toast to Luke (which induces more tears) and then Ian’s wife accidentally Facetimes him while she’s having sex with another man. He gets defensive and lashes out at everyone for their own failings, which leads to an ugly group argument. Once they land in Los Angeles, they’re all arrested for their Vegas shenanigans. 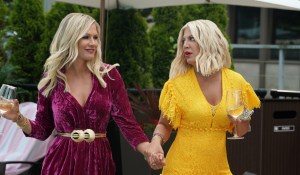 In the wake of their arrest, Brian discovers his Vegas antics have increased his online popularity, so he calls his rep to get back to work. Meanwhile, a young man who asked Brian a question about being an outsider during the Q&A anxiously stands outside his gate holding the actor’s wallet. Ian chooses to stay quiet about his wife’s affair when he sees her, but looks at an online prenup when she walks away. Gabrielle also remains mum with her husband about her encounter, while Jason prepares to tell his wife about Jennie, but his wife interrupts to announce she’s pregnant.

Later, Jennie stops by Tori’s, whose kids are watching reruns of 90210. Tori, worried about how she’s going to pay her bills, gets the idea to reboot their old show. Jennie resists, but Tori says, “Maybe going back is just what we all need to move forward.” They look up at a shot of Luke as Dylan McKay on the TV and I cry for the third time.

What did you think of BH90210? Did you enjoy the alternate reality or would you rather see the reboot Tori has in mind? Tell us below! 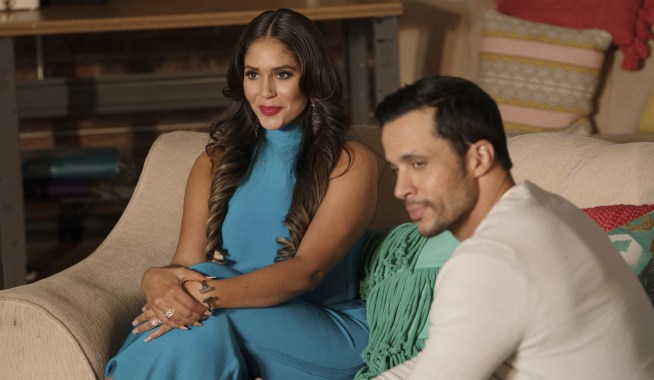 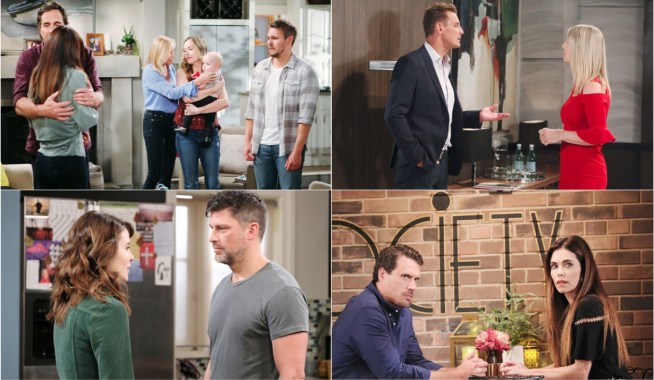