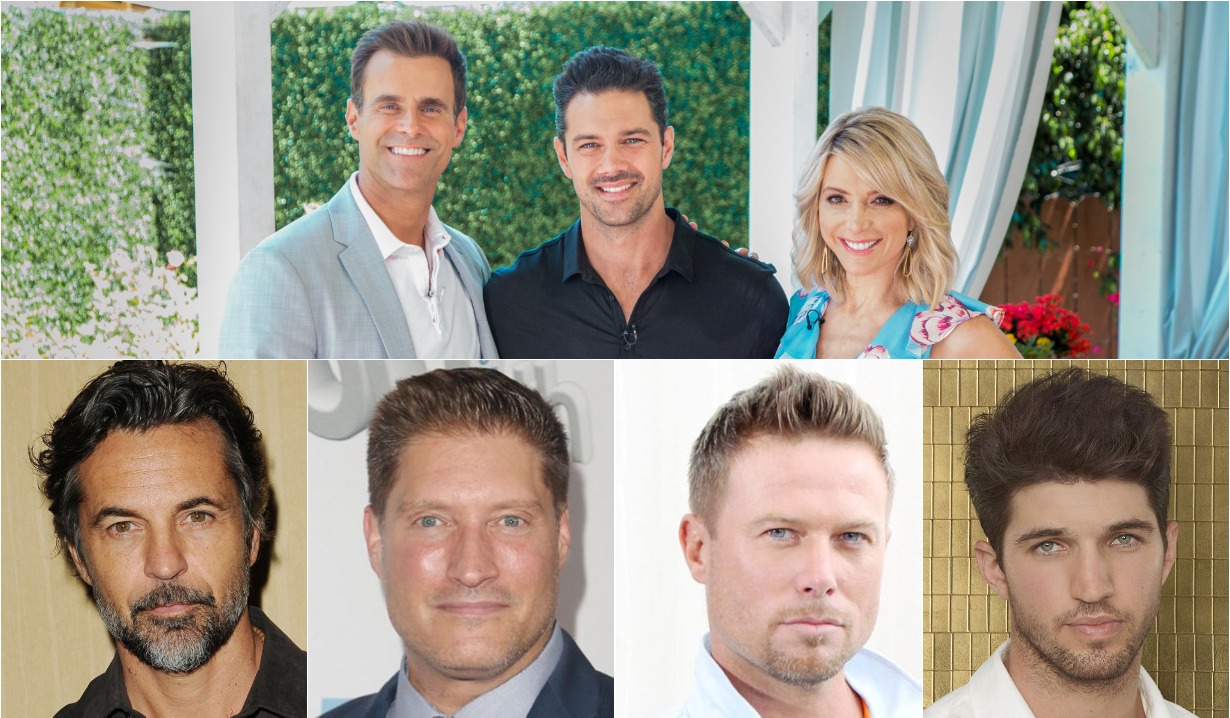 From dude ranches and space travel to magic schools and human trafficking underworlds, these former soap opera stars are exploring new horizons. Soaps.com has the scoop on what several Bold and the Beautiful, General Hospital, Sunset Beach and Young and the Restless alums have coming up next.

The Road Home for Christmas

Jacob Young (Rick Forrester, Bold and the Beautiful; ex-Lucky Spencer, General Hospital) joins singing icon Marie Osmond and others for Lifetime’s musical feature, The Road Home for Christmas. Young will portray Mark, a supporting character to leads Lindsey (Marla Sokoloff, The Practice, Desperate Housewives) and Wes (Mistresses), who are rival musicians who decide to road trip to their neighboring hometowns together for Christmas Eve. An accomplished singer-songwriter himself, Young’s role on the film seems like a natural fit. The Road Home for Christmas airs on Lifetime on Saturday October 26, at 8:00 PM.

Sean Kanan (Deacon Sharpe, Bold and Beautiful and Young and Restless; AJ Quartermaine, General Hospital; Jude Cavanaugh, Sunset Beach) co-stars in an upcoming sci-fi flick titled Colonials. Described as a story about a space colonist from Mars who crash lands on Earth while trying to save the galaxy from human extinction, the film is currently in production with Kanan in the role of Zeke. Not much is known about his character, aside from the fact that he has a beard, as Kanan teased on Twitter. Stay tuned for more info on a release date and where to find the film.

As Soaps.com reported back in June, General Hospital alum Ryan Paevey will star in Hallmark’s A Summer Romance. The actor who formerly played Port Charles’ Nathan West will be appearing on the network’s daily lifestyle series Home & Family on Friday August 9 at 10:00 AM. Be sure to tune in to hear the former soap opera star discuss his Summer Nights premiere.

Jeffrey Vincent Parise (Carlos and Joe Rivera, General Hospital) is joining the cast of The Magicians, the popular TV series adaptation of Lev Grossman’s best-selling adult fantasy novels of the same name. Although Parise’s character is not known, he teased on Instagram that he will be appearing in at least one episode for the fifth season, titled Apocalypse? Now?! Filmed in New Orleans and Canada, The Magicians follows the story of Quentin Coldwater, a young man who is recruited by a secretive school of magic in New York. The show airs on Syfy and the fifth season premieres in 2020.

General Hospital alum Bryan Craig (Morgan Corinthos), fresh off the first season of ABC’s primetime soap Grand Hotel, can soon be seen as Detective Cody “Omaha” Harris in Revenge Wars, an upcoming drama series about two women from different sides of the world who team up after a global tragedy in order to destroy a human trafficking ring. Craig has been busy of late, and can also be seen as Ryan Caulder in a new film American Fighter. Revenge Wars doesn’t yet have a release date.

Beard is coming in nicely. Going to have a very different look for my upcoming film, Colonials. pic.twitter.com/C3cYUUsYeC