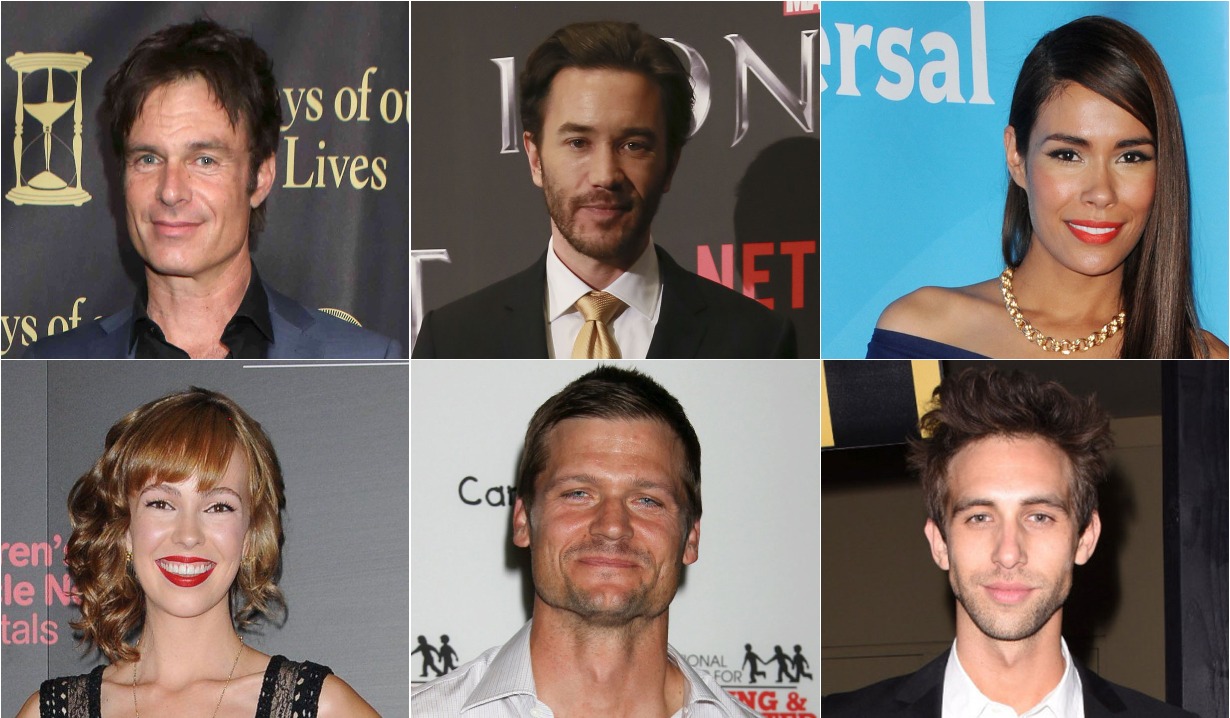 Former soap opera actors continue to pop up on established TV and streaming series, as well as a movie where art starts to imitate life. Soaps.com has details on new roles for daytime alums of All My Children, As the World Turns, Days of our Lives, General Hospital, Guiding Light and One Life to Live stars.

Not so super heroes in The Boys

All My Children’s former Marissa Chandler, Brittany Allen, has a couple episode arc in the Amazon Prime series The Boys. She plays the troubled, yet powered girlfriend of one of the elite superheroes represented by a corporation who profits off their fame. The Boys are a vigilante group who set out to expose the superheroes for the abusive, egomaniacal beings they truly are. Season one began streaming on July 26 and also stars Karl Urban (Star Trek), Anthony Starr (Banshee), Jack Quaid (Vinyl) and Elisabeth Shue (CSI: Crime Scene Investigation).

As season three of the rebooted Dynasty kicks off, viewers will see a different looking Cristal Jennings, fiancée of Blake Carrington (Grant Show, Melrose Place). Daniella Alonso (ex-Pilar Domingo, As the World Turns) will take over for actress Ana Brenda Contreras, who began playing the role in season two. Per TVLine, a rep for the series explained Contreras would not be returning for “personal reasons.” Season two ended on a cliffhanger where two dead bodies halted wedding proceedings. The new season of Dynasty premieres on October 11 at 9:00 PM EST on The CW.

As the World actress’ felony charges

Finn Carter, who portrayed Sierra Esteban Reyes Montgomery on the defunct CBS soap opera, As the World Turns, was in a Las Vegas court on felony charges July 30 after being arrested and booked into the Clark County Detention Center on a stolen vehicle charge. The actress is also facing 14 counts of possessing a credit card without the cardholder’s consent.

Celebrating Christmas and a Comeback

Patrick Muldoon (ex-Austin Reed, Days of our Lives) is currently part of two projects in production. Painting Christmas is about a gallery owner with a magic paintbrush that makes whatever she paints come true. Lessons are learned when that paintbrush breaks. The movie also stars Crystal Lowe (Signed, Sealed, Delivered) and Terri Garber (ex-Iris Dumbrowski, As the World Turns). His second project, The Comeback Trail, is about two movie producers who set up an aging movie star in an insurance scam they plan to use to pay off their mob debts. The film has a star-studded cast including Robert De Niro (Goodfellas), Morgan Freeman (Seven, Another World’s Dr. Roy Bingham; Ryan’s Hope’s Cicero Murphy) and Tommy Lee Jones (Men in Black, One Life to Live’s Dr. Mark Toland).

Three former soap stars in Before You Know It

Blake Berris (Nick Fallon, Days of our Lives; ex-Spinelli, General Hospital), Judith Light (Karen Wolek, One Life to Live) and Alec Baldwin (Billy, The Doctors, Joshua, Knots Landing) star in this movie about two sisters who find out their dead mother is actually alive and starring on a soap opera. Berris posted on his Instagram, “I play a blonde aggressively tan Australian soap star in Before You Know It. it premiered @sundanceorg this year and hits theatres in LA and NY Aug 30th. Many other cities to follow. directed by @whuttsthebigdeal and starring @surefineokay @judithlight@alecbaldwininsta.”

Tom Pelphrey (Jonathan Randall Guiding Light; Mick Dante, As the World Turns) has been added to season three of the Netflix series Ozark. The show centers on a Chicago financial advisor (Jason Bateman, Arrested Development) who is forced to relocate his wife (Laura Linney, Tales of the City) and children to the Missouri Ozarks to launder money for a drug lord. Pelphrey will play Linney’s character’s younger brother whose unexpected visit reminds her of who she used to be.

Queen of the South’s love interest

Bailey Chase (Chris Hughes, As the World Turns) plays musician Eddie Brucks on Queen of the South currently airing on USA Network. His character was brought on for season four as the love interest of the titular character, Teresa Mendoza (Alice Braga, On the Road), who rose in ranks from an enslaved drug mule to head of her own empire. The series also stars Molly Burnett (Melanie Jonas, Days of our Lives), who has played the recurring Kelly Anne Van Awken since season two. Her character has gone from a trophy wife of an adversary to a valued member of Mendoza’s inner circle. The drama airs at 10:00 PM EST on Thursday nights.

Shots Fired On Set Of ABC’s ‘The Rookie’, Police On Scene And Canvassing Neighborhood

Made for Love Finale: EPs Talk Hazel's Future, That Shocking Ending and What Could Be On Deck for Season 2