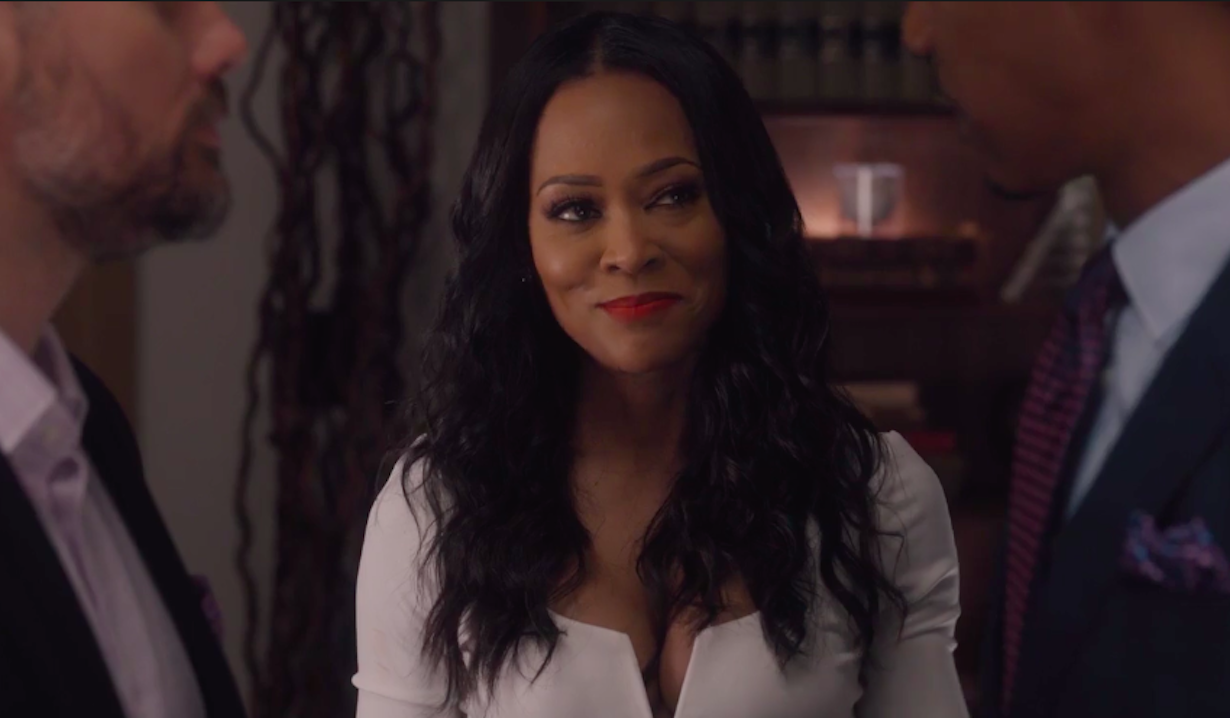 Stephanie may have finally pushed one of her rivals too far this week, as someone seeks vengeance, while more secrets and scandals come to light. Soaps.com has the latest Ambitions recap filled with the now standard-issue twists and turns.

Stephanie visits Greg in his office who quips she’s greedy for coming back for seconds. She smirks saying she thought they were going to be adults about their indiscretion. “Oh is that how you’re referring to it,” he asks. “It felt like hot sweaty swirl sex to me.” She ignores his colorful description and gets down to business, which is showing him her rebranding strategy. Most people think he’s a thug in a suit and she needs him to keep his nose clean to land the concession. Stephanie starts to leave, but Greg reaches around her to shut the door and kiss her neck. A lot of over the top ridiculous innuendo ensues, but since their chemistry is as hot as I anticipated, to paraphrase, Greg can indulge his sweet tooth on Stephanie’s open chocolate buffet anytime.

In bed with the devil

After enjoying the mayor’s wife, Greg heads to see the mayor himself to lock down the airport concession. Evan says he can’t guarantee anything but will see what he can do if Greg will leave Thelma’s Place alone. The diner is part of Greg’s plans though and the men face off until Stephanie breaks it up. Greg tells the marrieds to get on the same page and storms out. Stephanie appeals to Evan on Greg’s behalf. Besides, with both Greg and their friend Marvin on their side, Evan will have a clear path to the Governor’s Mansion. Evan counters he’ll get there on his own and once the concession is awarded, he’s done with Greg. However, Stephanie can stay in bed with the devil if she so chooses. 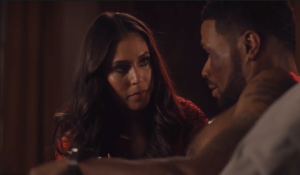 Bella finds a beaten up Roderick at her door. She’s shocked to learn Evan did this but reminds her battered beau he did call the mayor out on TV. Roderick can’t believe Bella would defend Evan but still takes Bella up on her offer to nurse him back to health. Men are so easy. When Roderick learns he’s been fired for what he said about Evan on the air (due in part to Evan calling the owner of the station), he suggests uploading the video online that he has of Evan ordering his beating. Bella has a more calculating idea though and lures her ex over to see Joaquin. Instead of letting Evan see his son, Bella offers up some blackmail. She wants $750,000 and that much sought after airport concession.

Sabotage at the summit 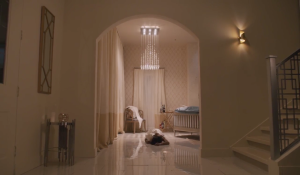 Marilyn, the friend Stephanie is blackmailing over her husband’s businesses, holds her annual women’s summit, where the most powerful women in Atlanta will be. Kent gets Rondell an invitation to the event so she can network for her activism, Stephanie gets fitted with a Bella Tru original for the night but shuts down the designer’s attempts to tag along, and Amara is pressured by her boss to show up in order to gather intel on the Lancasters. Stephanie flits around spreading her special brand of insults to Amara, Rondell, Marilyn (who tried to ban her from coming), and the mother-daughter duo of Juniper and Lori Purifoy. With all of Stephanie’s enemies in one room, it’s no surprise her drink gets drugged causing her to pass out later at home. 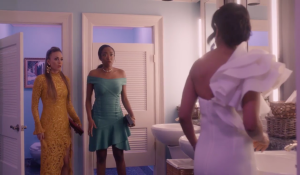 Carly accidentally comes out to her mother when, after making out in a bathroom stall at the summit, she and Lori stumble out to find her shocked mother. Stephanie makes it clear she doesn’t care that Carly likes girls, she just doesn’t want her to like that girl because she blames the Purifoys for her sister’s drug overdose. It’s also revealed that Lori, on her mother’s orders, has been cozying up to Carly for intel on the Lancasters.

Rondell returns to Thelma’s Place after the summit. Kent shows up to see her and rub her feet some more, while she fills him in on her night, specifically that she overheard Daphne and Stephanie talking about Greg Peters and the airport concession. Is Evan right and Kent’s playing her for information or is this all just innocent gossip?

After again insisting he means Amara (who makes some calls to her old office about him) and Titus no harm, Damian saddles up to his laptop to watch a live feed from four cameras he planted in the Hughes’ home. Apparently, Damian was doing more than sniffing Amara’s panties when he broke in last week. 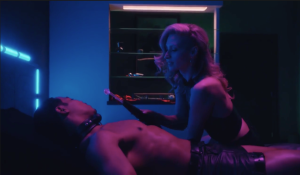