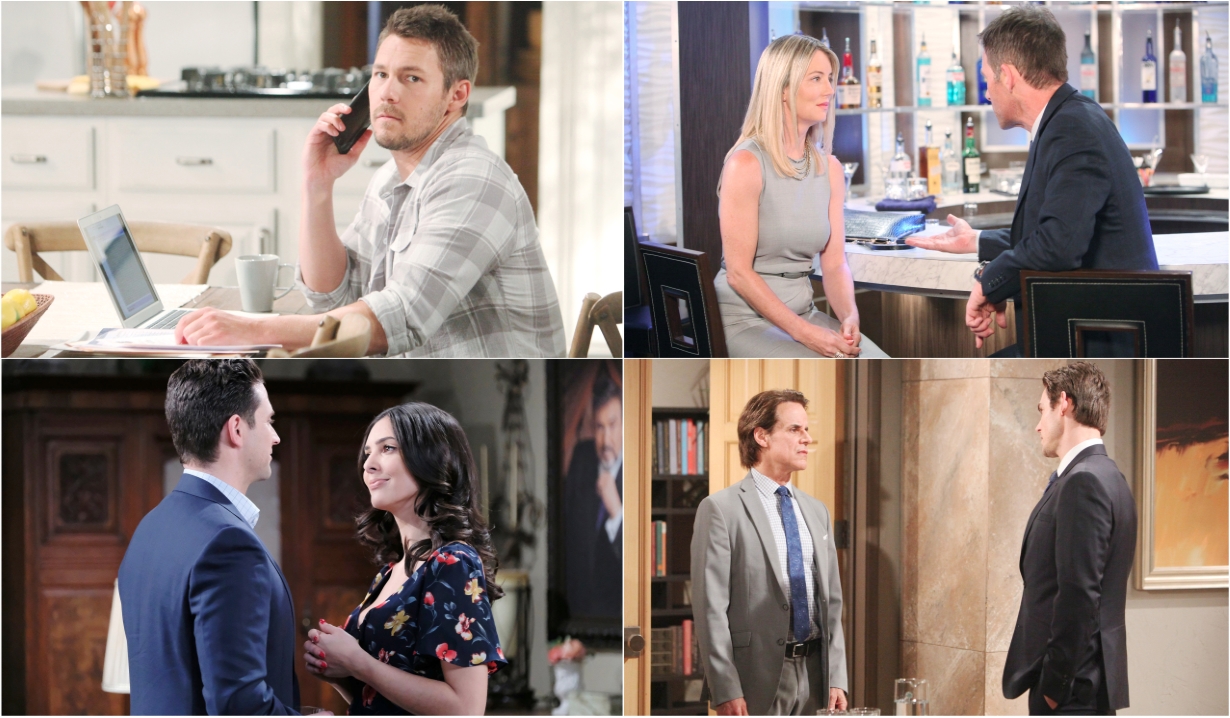 Soaps.com brings you a few glimpses of what’s in store with the latest spoilers for the week of July 29 – August 2 for The Bold and the Beautiful, Days of our Lives, General Hospital, and The Young and the Restless, plus Days and GH spoilers from August 5 – 9.

It may be what he’s spent months fighting for, but married life doesn’t actually seem to be sitting well with Thomas. The honeymoon is far from sweet as the already deranged man continues to spiral out of control. His wife’s obsession with Douglas only exacerbates the situation. Hope’s in more danger than ever and Flo finally becomes convinced that she has to do something about this fast after the Logan sisters fill her in about some of Thomas’ grim past. Pretty soon, Liam is following a tip on where to get the information he’s been longing for. A hospital in Las Vegas confirms what he needs to know. With Liam livid to finally learn the truth, Wyatt is left confused about how to react after Flo makes a full confession to him about her role in this debacle. But will anyone be able to stop Thomas as he tries to escape? Check out Soaps.com’s The Bold and the Beautiful spoilers to see who has a heart-to-heart with Shauna.

More: Get another dose of drama in our Ambitions recaps

Eve can hardly believe her ears when Jack asks her to give him a divorce. While him getting his memory back could cost her dearly, Gabi and Stefan choose to make some memories of their own. Rather unromantically, they decide to tie the knot so they can keep a hold on DiMera Enterprises. But their nuptials aren’t likely to pan out as planned since someone else is racing down the aisle. Kristen pops the question, and that should raise more than few eyebrows since it is to her own brother. ‘Nicole’ yanks Brady into her scheme but is furious when Tony takes off. That’s not enough to get in the way of her raining all over Stefan and Gabi’s parade. But that’s only the beginning of the reign of destruction that she brings to Salem. Meanwhile, Rex has to face facts after Sarah tells him about her true feelings for Eric. Read the Days of our Lives spoilers to discover who makes a stunning discovery in Ted’s apartment.

Shiloh is still on the prowl and it’s really getting to Jason. This foul mood is starting to spill into other areas of his life. He’s less than sympathetic to Liz when they have a problem to face. Maybe Sam has a way to put the cult leader behind bars or worse? She has a meeting with Willow to mull over some options. But bad news continues to spread. Alexis receives some disheartening information while Julian’s bond with his son grows. Kim has a suggestion of how to fix something. Drew could use some more fixing of his own. His problems are multiplying, and he meets with Curtis to talk over some. Across Port Charles, Nina welcomes a special visitor into her house and soon gets wind of what Valentin is plotting. Jax also remains intent on finding that out but Hayden’s latest shenanigans may get in the way. Take a look at our General Hospital spoilers to find out who Finn relies on.

Michael refuses to back down. But he isn’t the only lawyer doubling down to get what he wants. Christine is eager to bring something to completion and starts working out the next move to get it down. Meanwhile, Billy is hard at work trying to keep a secret as well as his sanity. That task may prove more painful as Jack starts to serve up some tough love to those around him. Pretty soon after, he’s receiving a desperate call for help. Across Genoa City, Nate and Elena don’t seem to need any help bonding. While that is happening organically, the same can’t really be said for his relationship with Abby. While Abby is doing her best keeping the doctor dancing to her tune, her grandpa Victor is about to cause some upset. Facing a hard choice, the mustache takes a risk to get what he needs. Will Chelsea get what she needs when a special delivery arrives? And could this have anything to do with Rey’s latest challenge to Adam? Visit The Young and the Restless spoilers to learn which couple has something to celebrate. 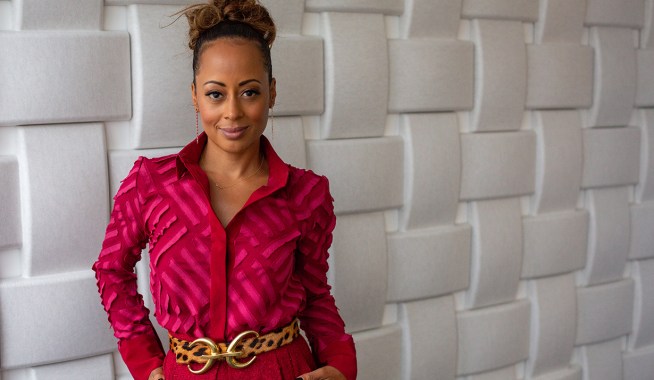 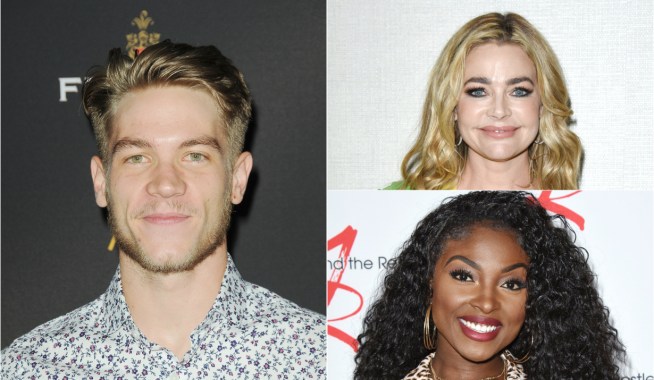