Red, White & Blue and Trouble Too in Soaps Roundup: Week of July 1 – 5 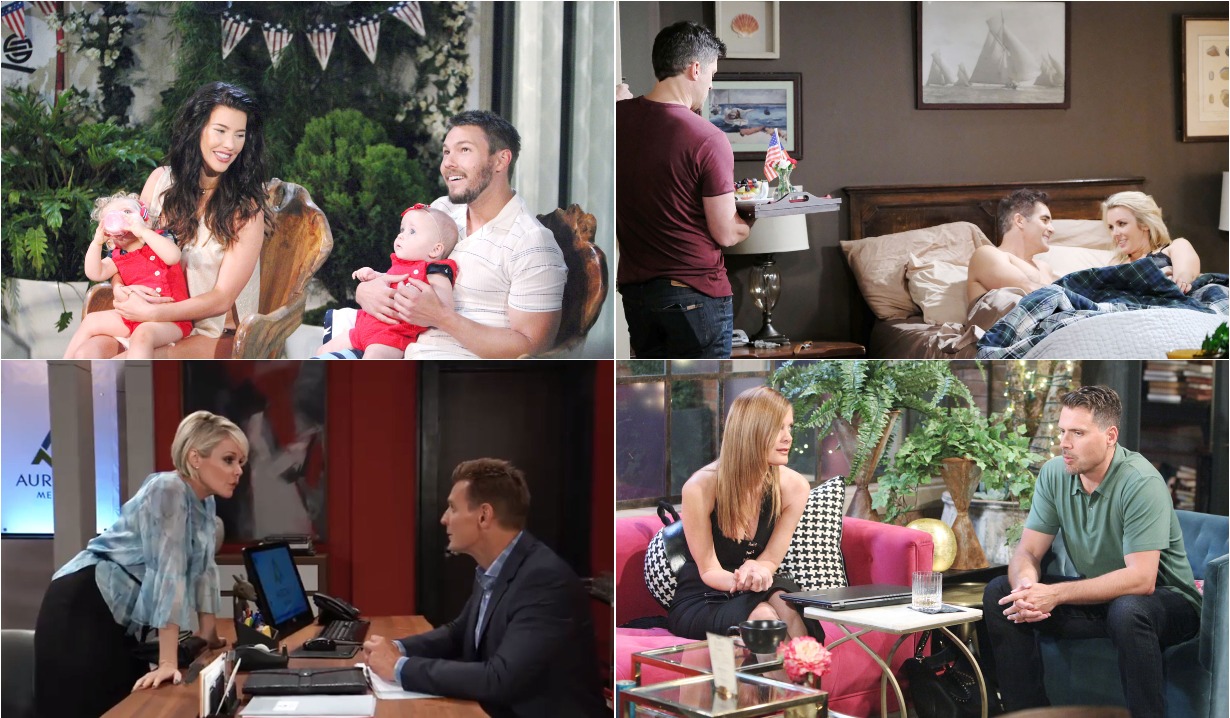 A marriage proposal, a shocking discovery, an invitation, and revenge.

Soaps.com is back with highlights from last week’s July 1 – 5 episodes of Bold and the Beautiful, Days of our Lives, General Hospital and Young and the Restless, plus a down the road teaser…

First on The Bold and the Beautiful, Thomas drugged Liam’s drink, resulting in Liam becoming the life of Steffy’s party and later having sex with her. Thomas enlisted his son Douglas’ help in proposing to Hope. Elsewhere, Xander turned to Charlie to try and find dirt on Thomas, and Wyatt and Flo moved in together and reveled in their second shot at first love. Coming up: Hope accepts Thomas’ proposal, and he fast tracks the wedding.

On Days of our Lives, Claire held Ciara hostage at the cabin, which at this point needs a security alarm and surveillance camera because of all the shady stuff happening there, and planned to burn it down. Fortunately, Ben, Hope and Marlena arrived in the nick of time to stop her. Carrie Brady returned to town, and Eric was stunned to find her and Rafe in bed together. And Kristen DiMera found Kate and Ted in the secret room and realized Xander had double-crossed her. Coming up: Hope trails Xander to the secret room.

Over on General Hospital, Shiloh figured out that Wiley was his son with Willow and swiped a DNA sample from the boy to test. Sam took Carol’s statement on how she took the fall for Shiloh in the overdosing death of Willow’s father, while Harmony also turned on Shiloh and provided information to Jason about her husband’s murder. And Kristina confessed the contents of her Dawn of Day pledge to her mother Alexis, which was a lie that Alexis had purposefully run down her abusive ex-boyfriend Kiefer. Coming up: Liz and Franco hold their wedding reception.

And on The Young and the Restless, Chelsea asked Adam to let her go, and later sought forgiveness from Nick over lying about Christian’s paternity. Chelsea’s new husband Calvin arrived in town, met with Adam, and felt he should have custody of his son Connor. Later, Calvin was not so surprisingly found dead. Lola’s mother Celeste moved into Lola’s place and quickly deduced that Kyle and Lola had been living together. Celeste wasted no time getting to know Kyle’s father Jack. And the carnival came to town for the Fourth of July, which was enjoyed by many, except for Theo who was sick of Summer pining over Kyle. Coming up: Nick reveals a shocking secret. 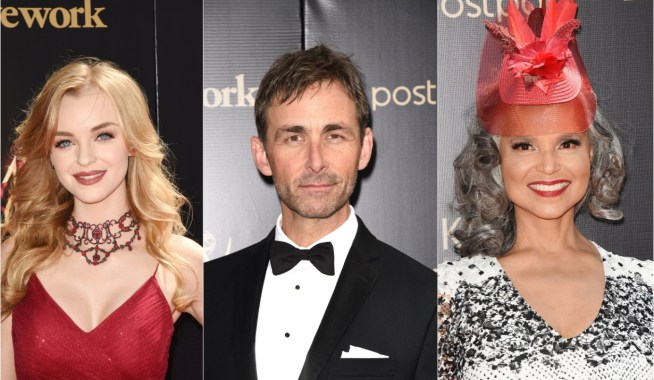 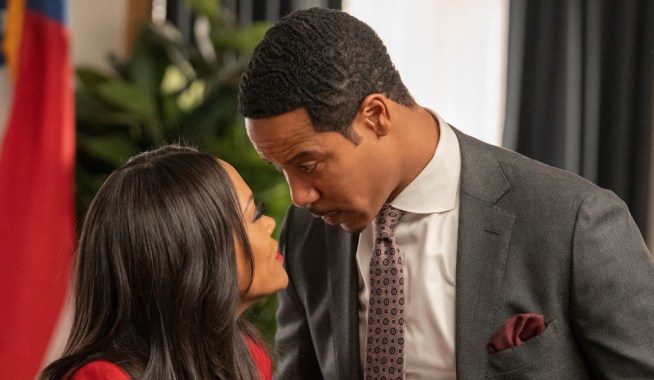