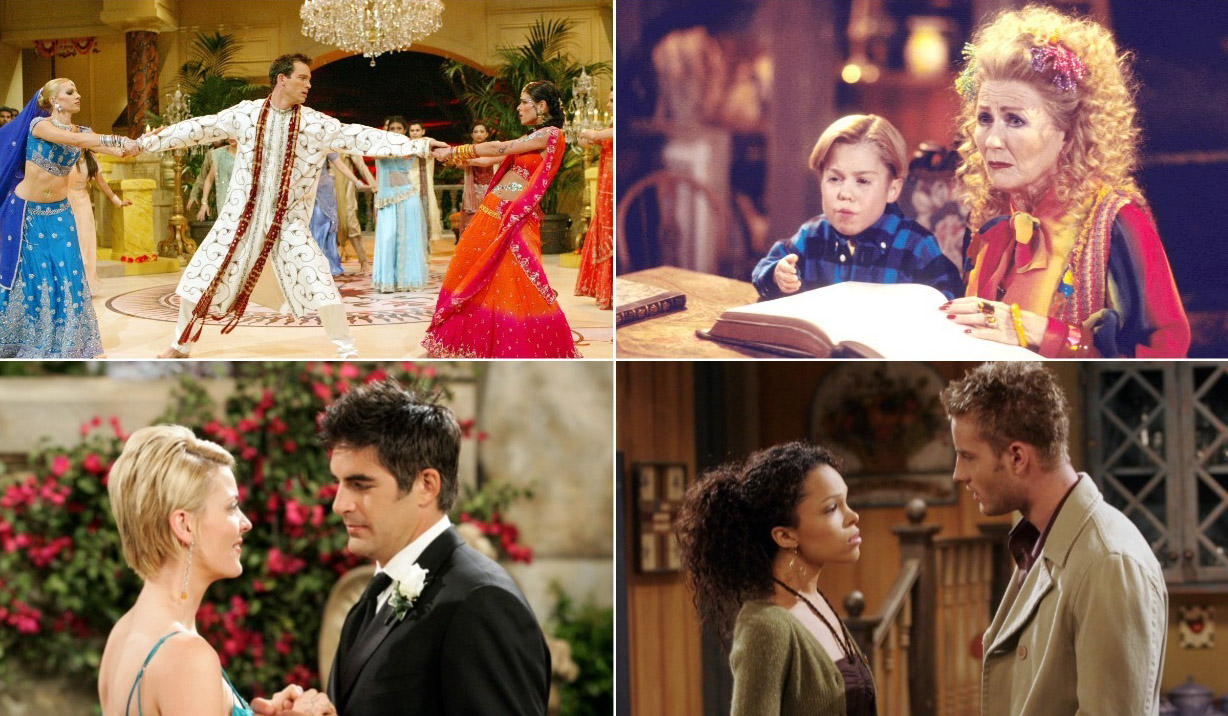 Updated January 15, 2020: The wait is over for Passions fans wanting to get their first glimpse at the Passions 20th Anniversary Documentary. Soaps.com has details for the very first screening, which will take place on Tuesday April 28 at Universal Studios Hollywood at 100 Universal City Plaza in Universal City, California for one night only. Fans can visit Passions: Special Reunion Documentary to purchase tickets today.

Back on June 27, 2019, Soaps.com had the pleasure to speak with Angie Thomas. Thomas is the author of the award-winning and New York Times number one bestselling novel The Hate U Give, which was adapted into a movie in 2018. 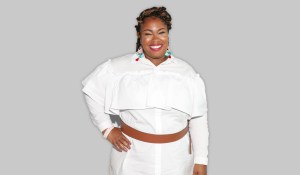 Her second novel, On the Come Up, is currently on sale. Thomas is also a major fan of the NBC soap Passions and is a Co-Executive producer of the upcoming Passions 20th Anniversary Documentary. It is set to be taped this summer.

Thomas explained how she got into watching Passions. “When I first started watching the show I was being homeschooled. I would always have a break in the afternoon, and the only things that were on were soap operas. With the other soaps, I couldn’t connect with them as much, and Passions started out for younger viewers. I think what really pulled me in was the diversity of the cast, and especially seeing the Russell family being such an important part of the story. Here they were this black family, and you didn’t see that as much on soaps back then. Seeing their issues and their romances just like everyone else [on the show], that really drew me in. I immediately fell in love with the show.” Thomas also admits, “I was a huge Fox (Justin Hartley) and Whitney (Brooke Kerr) fan. I’m still a Fox and Whitney fan. That was the biggest thing they didn’t do. I can go on rants for ages about that couple and what could have been. By far they’re my favorite. I also liked when Eve’s (Tracey Ross) secrets came out. I didn’t like how everyone treated her, but it was such a soapy moment. I loved the supernatural storylines and the stuff with Tabitha (Juliet Mills). I came on after Timmy’s (Josh Evans) passing, so I didn’t get to see that as it was happening. But after watching [online] recently I’ve become such a huge Tabitha and Timmy fan. So thank you YouTube. I also loved the LA summer storyline and the drama that spiraled from that. And honestly, anytime Theresa (Lindsay Hartley) got [one] over on Gwen (Liza Huber). A lot of good memories. ”

It was Passions that helped Thomas explore her interest in writing, and she began to write fanfics based on the show. “I thought I wanted to become a soap writer. I loved writing the fanfics. I had a little small following online, and I guess that pumped my head up. I knew I wanted to write but thought I wanted to write soaps. When I told my mom about that, my mom somehow found the phone number to one of the Passions writers, Pete Rich. He would talk to me on the phone, and give me encouragement, not necessarily about soap writing but about writing in general. It was one of those things that stayed with me. I haven’t had a chance to speak with him since everything that’s happened with my career, but I can say those phone conversations about the show, how they came to the storylines, it gave me such an insight, that writing for something people to enjoy is possible. I owe Passons a lot as far as my career goes.”

While on set filming of the movie adaptation of her novel The Hate U Give, Thomas struck up a conversation with the wife of the film’s director, Marcia Tillman. She explained how she got her start writing Passions fanfics, and Tillman told her two of her best friends were on the show. “I thought she was going to tell me they were people in the background, but she said one played Whitney (Kerr) and the other played Simone (Chrystee Pharris). I just about passed out on set. I was like no way, those are my two favorite characters.” Tillman called Kerr to speak with Thomas, and brought Pharris to the set to meet her. From there the wheels were in motion, and Kerr and Pharris surprised Thomas at an LA book signing tour, and they brought Donn Swaby (Chad Harris) and Tamara Braun, who was on Days of our Lives as Taylor Walker at the time. “It was one of the best moments ever. By far the highlight from the tour. Probably the highlight of the tour.”

When asked how she felt about how Passions ended, Thomas joked “You’re trying to get me in trouble!” Like many viewers, Thomas wasn’t a fan of the ending. “If for nothing else, the fact that Luis (Galen Gering) and Sheridan (McKenzie Westmore) didn’t end up together. It was such a crime because here it is almost ten years we’ve been told they are soulmates and had been together in previous lifetimes, that was frustrating. The Vincent (Phillip Jeanmarie) storyline, I was thrown off by that and the way that they went with it. It was just too much. Even the whole thing with Eve sewing Julian’s (Ben Masters) penis back on, and putting it on backward. That was a bit too much. I wasn’t crazy about how the show ended, and as a writer, I had tons of ideas for it. But I have to respect what they did.”

As for the Passions 20th Anniversary Documentary, Thomas will be in LA for the taping of it and is being interviewed about what Passions meant to her. Cast members to initially sign on to the project before funds were fully secured included Galen Gering (Luis Lopez-Fitzgerald), McKenzie Westmore (Sheridan Crane), James Hyde (Sam Bennett) Rodney Van Johnson (T.C. Russell), Lena Cardwell (Simone Russell), Jade Harlow (Jessica Bennett), Lindsay Hartley (Theresa Lopez-Fitzgerald) and Daphne DuPlaix (Valerie Davis). Since securing the funding to film through Kickstarter, many more have agreed to the reunion. Thomas indicated most of the original cast will be in the documentary. “It will be great to hear them talk about the show, and hopefully the unfiltered stuff that they don’t feel afraid to talk about.” Former NBC Daytime President Sheraton Kalouria is also set to appear in the project. Darrell Ray Thomas Jr. who served as a writer on Passions will be interviewed in the film and is serving as an Executive Producer. Paul Hartel, who not only was an editor on Passion, is editing the documentary. Both are actively working on a DVD and streaming release for the fall of 2019.

#Passions hits the big screen on April 28th at Universal Studios Hollywood for one night only! Fans are invited to view this special documentary and relive the romance, adventure and excitement of Harmony with the cast! Get your ticket before they’re gone: https://t.co/LDiQvEs1WQ pic.twitter.com/2brvrOk5pS

Dana Sparks (Grace) will be at the screening of #Passions: Special Reunion Documentary on April 28th at Universal Studios Hollywood! Enjoy this fun evening with the cast of the show, tickets are selling fast so make sure you grab yours today: https://t.co/f02RlVvXVV pic.twitter.com/sJri1RCWuX

Galen Gering (Luis) will be at the screening of #Passions: Special Reunion Documentary on April 28th at Universal Studios Hollywood! Enjoy this fun evening with the cast of the show, limited tickets are still available here: https://t.co/f02RlVvXVV #soapopera #soaps pic.twitter.com/h7XAEko6NU