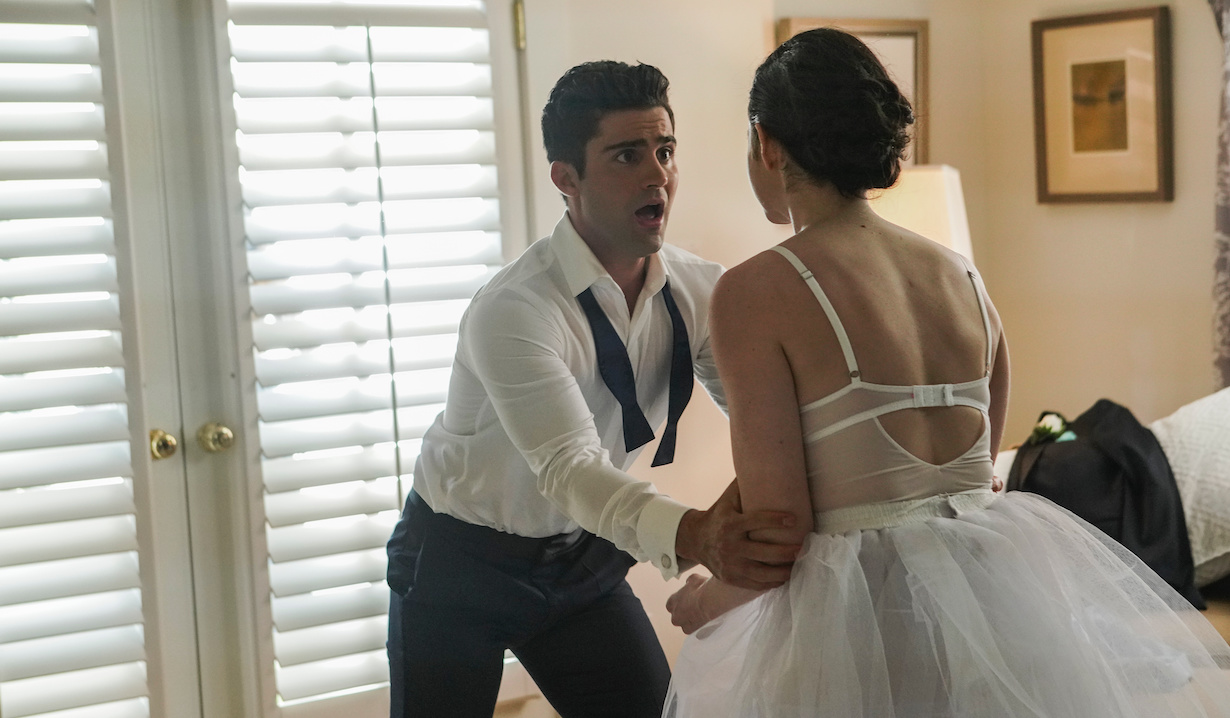 An entitled New Yorker runs away to a renaissance faire in Lifetime’s new series.

The first two episodes of the dramedy American Princess premiered on Lifetime on June 2, telling the story of an upper east side New Yorker whose dream wedding ends in disaster, leading her to a new life working at a renaissance festival. As Soaps.com loves a good soapy premise, I watched the first four episodes of the Jenji Kohan (Orange Is the New Black) produced series, which were made available to the press. The show included a few soap stars including General Hospital’s Dioni Michelle Collins and Young and the Restless’ Max Ehrich. But while there is potential, I’m not ready to commit to the life of a “rennie” just yet. Read on for my initial reaction to the available episodes, with some light spoilers, below. 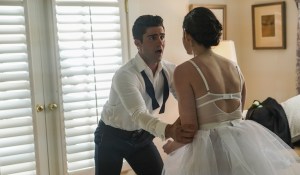 On the day of privileged Amanda Klein’s (Georgia Flood) nuptials in upstate New York, she finds her fiancé Brett Weinbaum (Ehrich, ex-Fenmore, The Young and the Restless) with another woman. In a rage, she accidentally pushes the woman, causing her to hit her head on a nightstand. The woman spits up blood and passes out. Panicked, Amanda takes off on a bike and winds up at what she thinks is a theme wedding, but it’s actually a renaissance festival. Amanda proceeds to get drunk, fact checks the actors portraying William Shakespeare (Rory O’Malley) and Queen Elizabeth (Seana Kofoed) during their performance (she’s an English major from Vassar after all) and blacks out in another performer’s trailer. The next day, the performer, David Poland (Lucas Neff), a.k.a. Pizzle Humpsalot (there was more sexual and bathroom humor than I expected from Lifetime), takes her around the fairgrounds where she encounters visitors who take the faire very seriously, donning Elizabethan era garb and accents. (One such “playtron” is played by Collins, nurse Deanna Sirtis on General Hospital). When David talks about the faire being their passion, Amanda realizes she might not have one of her own. She decides to stay to try and find it instead of returning to her old life and fiancé.

The introduction of characters 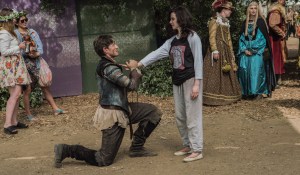 While there is good stuff to be mined about finding family and acceptance in places you’d never expect, American Princess’ introduction of its characters feels too obvious. Amanda’s NYC friends are entitled, self-obsessed, millennial clichés, and most of the festival workers’ commitment to a free-spirited, organic, woo-woo lifestyle is over the top. (Although, it should be noted the show’s creator Jamie Denbo used her personal experience working at renaissance faires as her frame of reference.) The one exception is the presumed love interest David, who has an easy, grounded vibe to him. Things start to change a bit in episode four though, with the most honest scenes coming from one of Amanda’s friends who visits the faire and comments on what she perceives to be a toxic culture. The same episode also features a sweet romance that begins to develop when one character is allowed to let their guard down a bit. 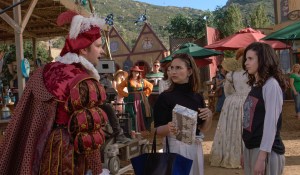 My biggest problem with the show though is that the first four episodes are set almost solely on the fairgrounds, yet I’m much more interested in Amanda’s old life. All we know about her is what happened on the day of her wedding, but was she always so entitled that she barely cared if the woman she pushed survived the blow to her head? Amanda’s sister Erin (Sas Goldberg) is a stereotypical judgmental one percenter, but she totally works for me and I want to know more about her. And I’m intrigued by the drama of Brett, what their relationship was like before it blew up, and what led to him cheating on Amanda on their wedding day. He might just turn out to be a dirtbag, but I’m waiting for an honest confrontation between the two of them.

More: Christel Khalil in We Need to Talk 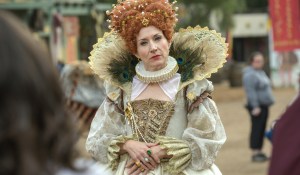 I know the show’s premise centers on the renaissance festival, but I’d prefer Amanda’s time be split up more evenly to better show the dichotomy between her two worlds. Same goes for the faire’s other performers and workers. There are many interesting topics to be explored, such as the actress who plays the Queen dealing with aging and loneliness, but she’s way too exaggerated right now for me to get invested. I’d like to know her backstory and see her and others outside of their ren faire personas for more context. But, the show just started, so I’m probably getting a little ahead of myself.

It looks like I will get one of my wishes as something happens at the end of episode four that might force Amanda to visit her old life. It will be a welcomed change of scenery and hopefully, give us some deeper character understanding.

These are just my thoughts on the debut of American Princess. I’d love to hear yours below.