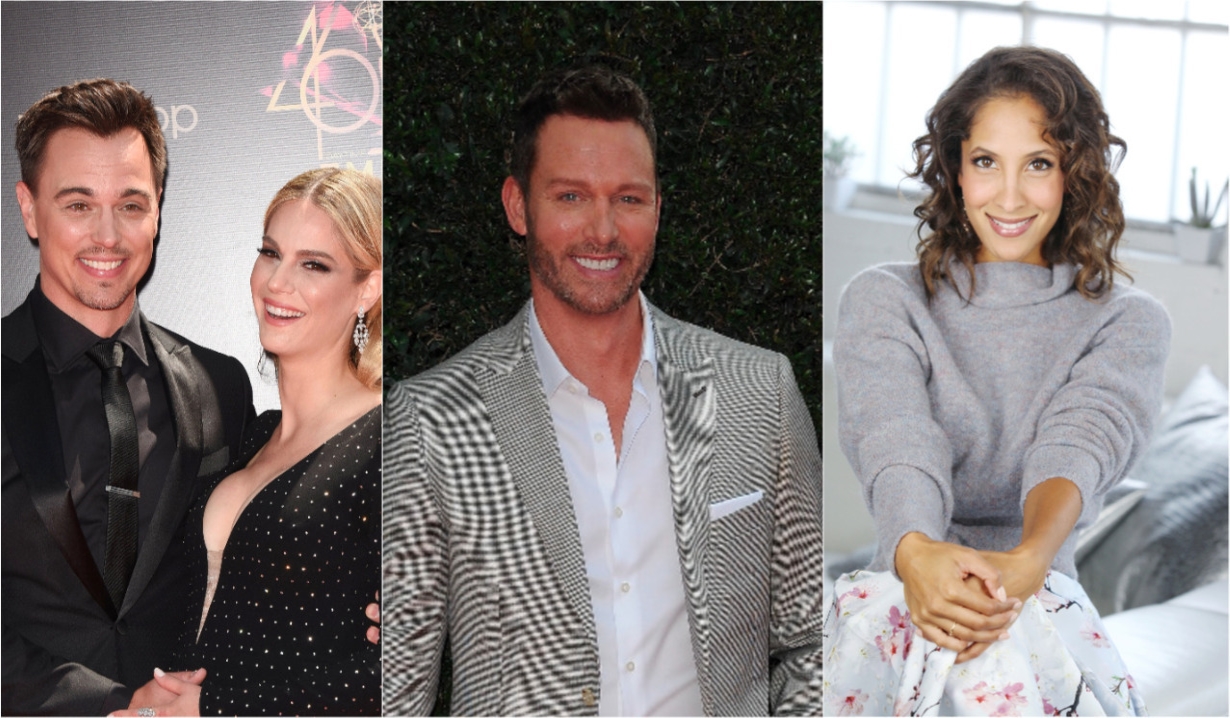 Stay on top of everything happening on daytime as Soaps.com brings you the latest news for The Bold and the Beautiful, Days of our Lives, General Hospital, and The Young and the Restless from May 27 – 31 and beyond.

In their latest interview, Darin Brooks (Wyatt) and The Young and the Restless’ Kelly Kruger (Mackenzie) discussed how their relationship changed after they got married and when they realized they were going to have a baby. Get the highlights in Soaps.com’s The Bold and the Beautiful news room before seeing what Xander was demanding in the latest spoiler video. Plus, Candace marvels at how Hope’s plot is getting creepier and bizarre, wishes Flo would go, and wonders who might end up in a convenient coma in the Bold and the Beautiful blog.

If you have been anxiously waiting, now you can relax a little since the first air date for Robin Strasser on Days of our Lives has been released. Need more Eric Martsolf (Brady) in your life? The actor will be hosting weekly episodes of For Dummies: The Podcast, where he will be tackling the famed book series’ revolutionary way of simplifying the complex. Meanwhile, Claire can’t handle complexity well and decides to simplify her problems by bumping a few people off. Watch the weekly spoiler video to see who is in danger in Salem. Then get more casting news before reading about Jen Lilley’s (Theresa) custody battle for her foster son and her current pregnancy in the Days of our Lives news room. And Christine dishes on Eve’s continuing obsession with Ben, Maggie’s ongoing drinking problem, and Will’s nasty side in her Days of our Lives blog.

It’s summer and that means that Finola Hughes will exit General Hospital as Anna and her twin sister when she goes on her annual vacation. In more casting news, we have the latest update on Cynthia Watros replacing Michelle Stafford as Nina on General Hospital. Do you think that Jordan will survive? Drop by our General Hospital news room to watch the latest spoiler video about her rapidly deteriorating condition. Then learn what Dustin thought of the latest action in Port Charles, including plans for Oscar’s ashes, Jax’s big buy, sloppy writing around the pledges, and Margaux in the trust in the new General Hospital blog.

If you’re eager to see Kevin, check out the latest on Greg Rikaart’s return to The Young and the Restless. Although her character certainly doesn’t get a lot of laughs, you can see Christel Khalil’s (Lily) funny side when she appears in the upcoming indie movie, We Need to Talk. Find out who she will be playing before learning how Kelly Sullivan (Sage) celebrated her wedding in Las Vegas in our The Young and the Restless news room. Then learn the real reason why the role of Phyllis has been recast from the soap’s head writers before taking a sneak peek at what’s ahead for this week in Genoa City with a spoiler video featuring the custody fight between Nick and Adam. Finally, Candace bawled her eyes out during Dina’s dramatic goodbye, thought there were some nice touches around the reading of Neil’s will, and enjoyed Sharon’s double sex scene in her latest The Young and the Restless blog.

Last Will & Testament & Reveals in...