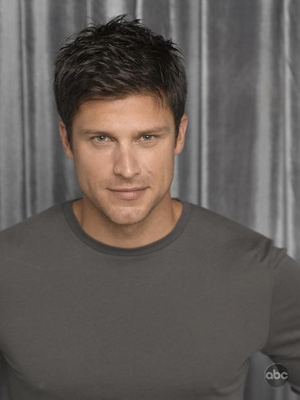 Get your DVRs ready folks, or be sure to tune in, as Soaps.com has the dates and times for when some of your favorite stars will be appearing on “The Newlywed Game!” Though General Hospital’s Greg Vaughan (Lucky Spencer) will appear tonight, October 22, at 6:00 PM, The Young and the Restless’ Thad Luckinbill (JT Hellstrom) and Amelia Heinle (Vikki Hellstrom) will show up on the November 3 episode, with The Bold and the Beautiful’s Ronn Moss (Ridge Forrester) set to appear in January 2010.

The hit GSN (Game Show Network) game show, “The Newlywed Game” is all set for another fun season, its second, in fact, which will be throwing a few soap opera stars, and their spouses, into the mix!

Beginning on Monday October 12, at 6:00 PM, host Carnie Wilson will bring viewers sixty-five new episodes, which will feature three newly married couples who will fight to match their answers as closely to their spouses in order to take home the big prize!

During some of the celebrity themed shows, fans will get to watch All My Children’s Rebecca Budig (ex-Greenlee Smythe) and husband Bob Guiney (The Bachelor), The Bold and the Beautiful’s Ronn Moss (Ridge Forrester) and wife Devin DeVasquez (actress-model and former Playboy Playmate and General Hospital’s Greg Vaughan (Lucky Spencer) and his actress-model wife Touriya Haoud.

Soaps.com will update everyone when the episodes featuring the soap opera actors are set to air! It’ll be neat to see how well these actors know their spouses!

If you’d like to see which soap stars will be appearing on the network’s “Catch 21,” please visit our Latest News Room!

CBS Soap Opera Stars In The Night of...