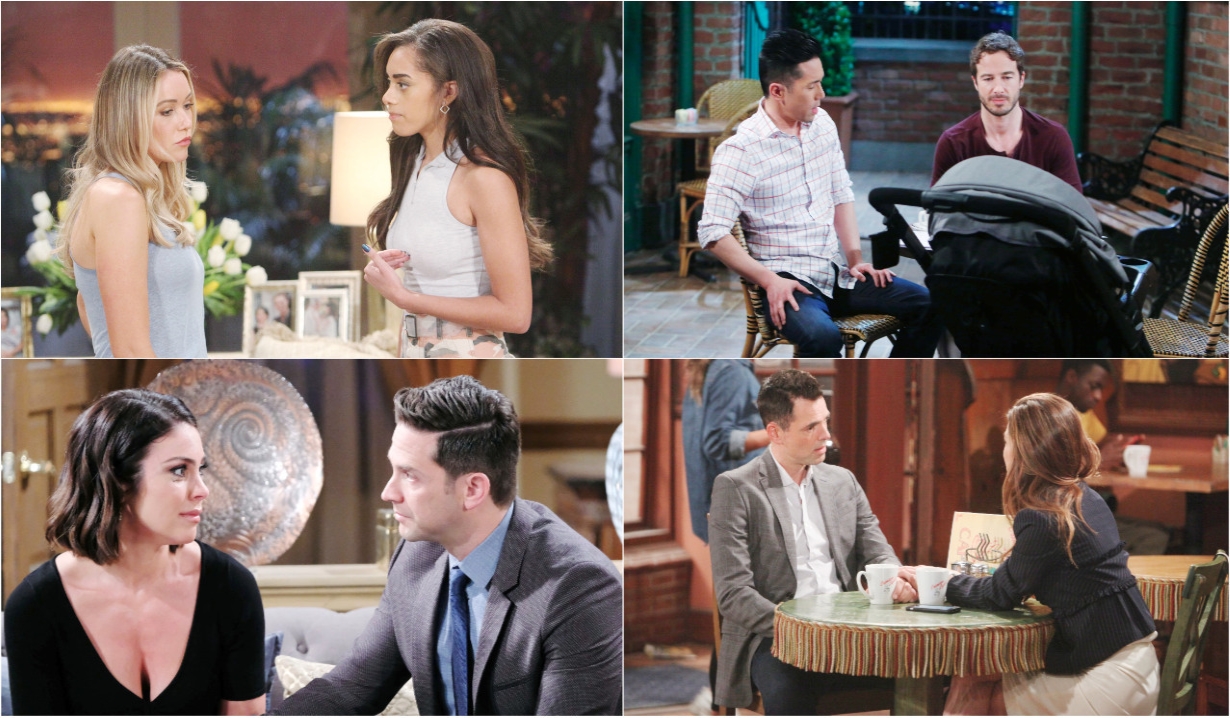 Overheard and under the covers.

Find something to get excited about as Soaps.com brings you a preview of what’s ahead with the spoilers for the week of May 20 – 24 for The Bold and the Beautiful, Days of our Lives, General Hospital, and The Young and the Restless, plus Days and GH spoilers from May 27 – 31.

Steffy jets in from Paris with her children, but her return to the family fold may only fuel relationships falling apart. Hope can hardly control her excitement at being reunited with Phoebe. While Hope remains in the dark about the little girl’s true identity, Flo and Shauna manage to get a roof over their heads thanks to Quinn and Eric. But it won’t be comfortable for long. After Hope overhears Flo talking to Zoe about Beth, she confronts them. Hope’s week continues to leap to emotional extremes after she reads a letter that Caroline wrote before dying. Thomas uses this to his advantage to drive her further from Liam and into his arms. While Ridge is giving his son some advice, Hope and Liam wonder if they have a relationship left to save. Across town, another relationship faces peril as Wyatt and Sally ponder their future. Check out Soaps.com’s The Bold and the Beautiful spoilers to find out who Brooke comforts.

Gabi is still on the warpath and recruits an old ally to help her win the battle. Considering Kate’s history with Chloe, she’s probably quite happy to help Gabi destroy the diva’s relationship with Stefan. Pretty soon, Chloe will have some high notes to hit after she catches Stefan under the covers with Gabi. Xander’s week isn’t going swell either. While he’s being confronted in an awkward moment, Ben finds himself facing off with Eve, who becomes determined to destroy him. Now that Jack is mayor of Salem, he starts to exercise his power. But he may not have enough power to keep his son in check as JJ and Haley go into hiding. A few other people may also feel the need to hide after Nicole melts down following Holly’s funeral. The way she lashes out at Maggie proves to be too much and Brady soon finds the redhead passed out. But will Rafe give Lani a pass after she makes a confession to him? Read the Days of our Lives spoilers to discover what John offers to help Marlena do.

The Nurses’ Ball continues and casts its shadow over most of the week. With all the chaos between tunes, Ava finally manages to duck out. But will she be running into danger? Margaux gets wind of what’s been going on and the DA is not at all impressed by Laura’s plans. Meanwhile, Willow tries to put on a brave face, but things seem to be going a lot worse for Sam. Jason receives a frenzied phone call and Kristian tears into her sister. As Margaux goes gunning for Sonny over the Dawn of Day debacle, Lucas realizes that being involved with this cult probably isn’t a good idea. Brad gets desperate for some advice from Julian. Across Port Charles, Peter tells Maxie what Molly suggested to him. Things seem to be panning out for Peter since he’s feeling grateful. Anna remains baffled by what’s going on and someone gives Joss a reason to smile again. Take a look at our General Hospital spoilers to see who has more bad news.

With Adam back in town, chaos seems on the verge of breaking out. Victor does what he can to keep the peace, but it’s far from easy. Billy is not ready to let go of their old enmities. As the two men simmer and scheme, Nick decides to take advantage of the focus being off him to hatch some plans of his own. He joins forces with his sister to put together a plan to protect their family. Across Genoa City, Lauren is attempting to spread some love and Devon nearly makes some as he inches closer to Elena. Nate just wishes that Abby would pay attention to him, but Sharon probably wishes she was getting less attention. Visit The Young and the Restless spoilers to learn who Jack reconnects with. 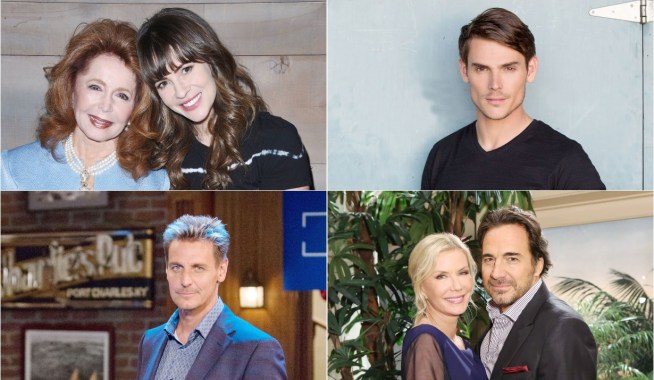 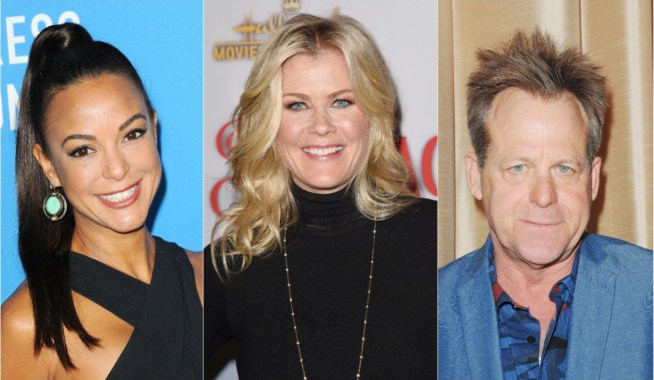