Seduction & Double Trouble in Soaps Roundup: Week of May 13 – 17 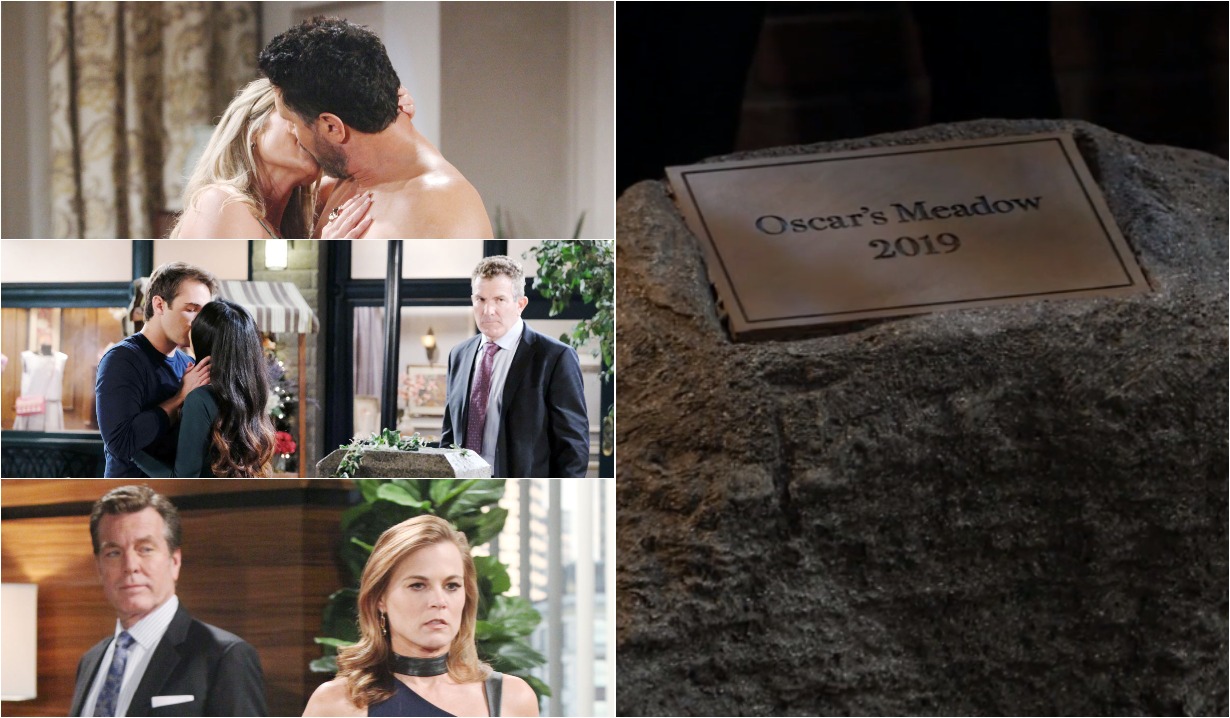 A test of loyalty, escaping ICE, last wishes, and a shocking shooting.

Soaps.com has Bold and the Beautiful, Days of our Lives, General Hospital and Young and the Restless episode highlights for May 13 – 17, as well as a teaser for what’s coming up in each soap opera…

First on The Bold and the Beautiful, Hope refused Thomas’ offer to be with him and instead stood by her husband Liam. After just dumping Sally, Wyatt asked Flo out on a date, and later Eric and Quinn invited Shauna and Flo to move into the Forrester mansion. And Katie convinced Shauna to test Bill’s loyalty by seducing him, and realized she was ready to be with him when he passed the test. Coming up: Steffy returns from Paris with the girls.

On Days of our Lives, Nicole blamed Chloe and Eric for Holly’s death, while clinging to Brady. Brady offered Xander a cushy job at Titan in exchange for the taped confession that Nicole killed Deimos. Jack and all of Salem were stunned to learn he won the election for Mayor. Melinda admitted that Haley was her daughter, not her sister, and when INS came to take Haley back to China, she and JJ took off. And in a huge twist, Nicole was revealed to be working with Xander. Coming up: Jack appoints Eve as the new commissioner.

Over on General Hospital, Anna caught Robert with Finn’s ring and discussing marriage with Mac and Felicia, and wrongfully assumed he was going to propose to her. Jason and Sam sought Spinelli’s help in order to trap Shiloh and get Kristina’s pledge back. In Canada, Ryan got the upper hand on Laura and Curtis and left them for dead in a gas filled cabin, but they escaped. Back in Port Charles, the Nurses’ Ball began and Jax found himself smitten with Nina. Coming up: Lucas begins to connect the dots.

And on The Young and the Restless, Rey demanded Mia take a paternity test, and it was revealed that Arturo was the baby’s father. After convincing Paul not to press charges against her, Arturo and Mia left for Miami. Adam returned home with no memory, a mysterious duffle bag of cash, and was texting someone about his plan going smoothly. He was devastated to learn of his part in Delia’s death, while Victor believed Christian may be the key to unlocking his memory. And when Adam answered his door, someone shot him point blank in the stomach. Coming up: Adam’s memory returns.