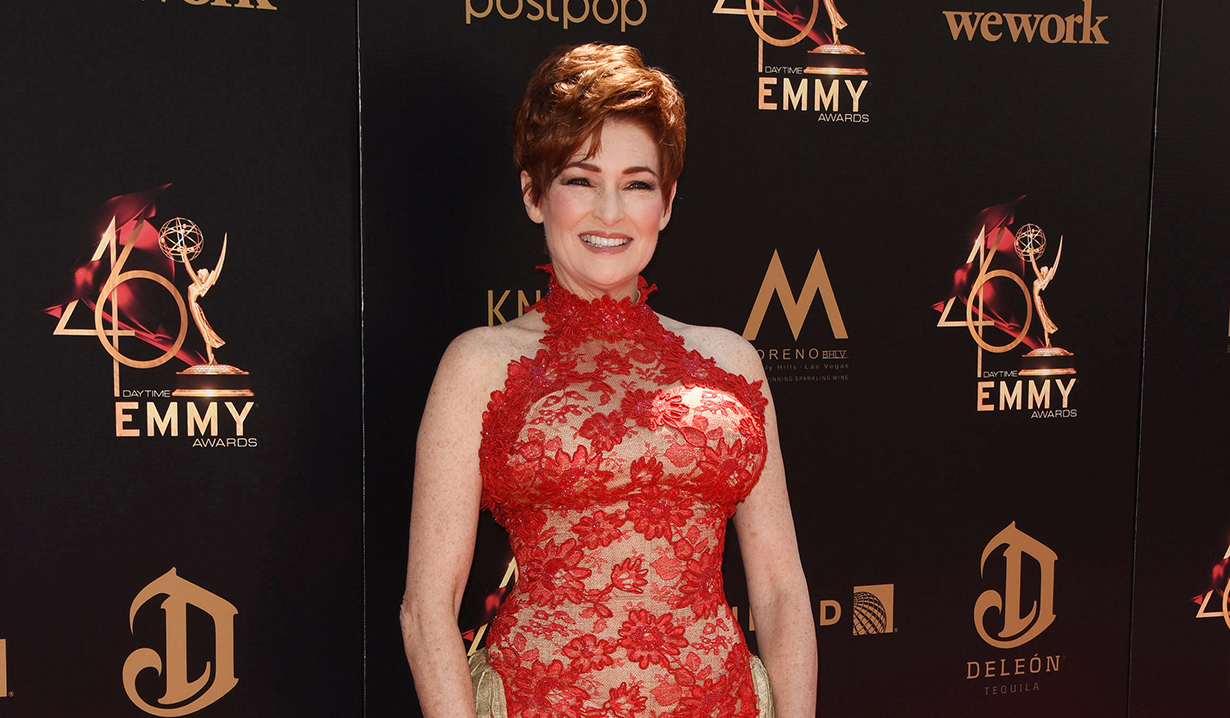 Soap fans may or may not have been aware that General Hospital’s Carolyn Hennesy, who portrays Diane Miller, took over Soaps.com’s Instagram account, posting a series of stories live once she was ready to host the Daytime Emmy red carpet show during the 46th Annual Daytime Emmys. She showcased her glamorous red and gold gown, then shared the live video footage interviewing 15-year old Daytime Emmy nominee, General Hospital’s William Lipton, who plays Cameron Webber. Hennesy shared a clip of her speaking with another GHer, Steve Burton (Jason Morgan) and his wife Sheree Gustin, along with GH‘s Laura Wright (Carly Corinthos) and Wes Ramsey (Peter August, GH) who is also dating Wright. Though Wright had won a Daytime Emmy in 2011 for Outstanding Lead Actress and has been nominated six times total. Hennesy praised Wright for her fine acting and called her an amazing bedrock of the soap opera acting community.

Last in the series of Instagram stories, Olivia Rose Keegan (Claire Brady, Days of our Lives) and Victoria Konefal (Ciara Brady, Days) chatted with Hennesy. They spoke about celebrating Sesame Street, which has been on the air for 50 years.

Feel free to watch the interviews from the red carpet with Soaps.com’s Kristyn Burtt.