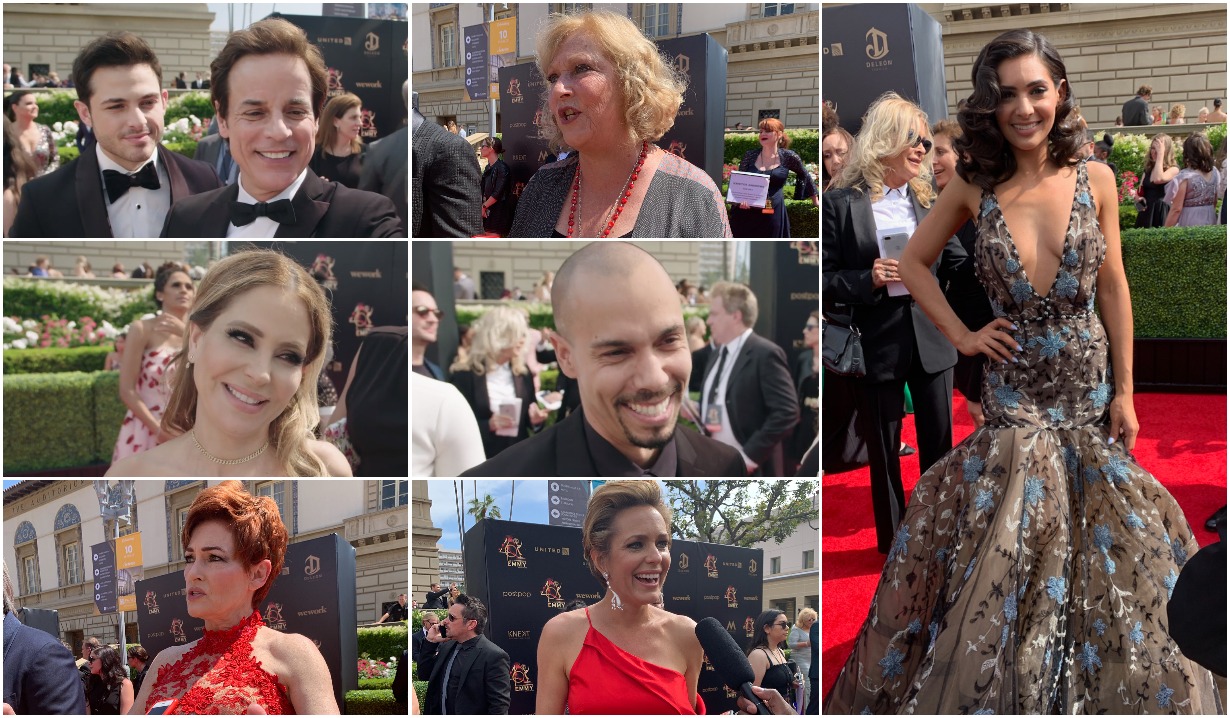 Soaps.com’s red carpet interviews include stars of Days of our Lives, General Hospital and Young and the Restless stars.

Soaps.com was on the red carpet Sunday May 5 for the 46th Annual Daytime Emmys. The red carpet is long, and full of venues all vying for the attention of the soap stars, which means that we can’t talk to every single actor. In fact, unfortunately for us and for our readers, by chance, we missed out on all of the Bold and the Beautiful actors. It’s the luck of the draw. We were happy to speak with the actors from Days of our Lives, General Hospital and Young and the Restless about current pop culture, the actors’ music jams, which roles they covet, and what kind of storylines or superpowers they’d enjoy their characters to have and more. Check out the video footage below of the stars before the ceremony began.

Carolyn Hennesy (Diane Miller, General Hospital) teased Kristyn Burtt that there is a court case coming on General Hospital soon and Diane Miller will be involved. Beth Maitland (Traci Abbott, Young and the Restless) talked about how she got ready and with whom, and how this nomination was “a gift from above.” Kassie DePaiva (Eve Donovan, Days of our Lives) opened up about getting Daytime Emmy ready and then wished that her character Eve would be happy. She also opened up about some fans hoping Eve will jump off a bridge. Eric Martsolf (Brady Black, Days of our Lives) and his wife Lisa Kouchak talk about what happened when she went to get her hair done before the Emmys. Martsolf asked, “Have you seen the movie Risky Business?”

Thaao Penghlis (Andre DiMera, Days of our Lives) spoke on his black and white Emmy clip where Abigail killed Andre. If he could play any other soap character, he reveals someone iconic. Zach Tinker (Fenmore Baldwin, Young and the Restless) and Christian LeBlanc, Young and the Restless) talk about Tinker’s nomination, Christian’s improv class. Kyler Pettis (Theo Carver, Days of our Lives) talks about how he learned he was nominated for a Younger Actor role in the Daytime Emmys and his reaction. Lisa LoCicero (Olivia Falconeri, General Hospital) talks getting her Emmy makeup done, forgetting to eat before the Emmys, which is a theme, and she gave her character a superpower. Victoria Konefal (Ciara Brady, Days of our Lives) talked about how she’d like to teleport if she had a superpower. Konefal also talked about her mentor on the show in Kristian Alfonso (Hope Brady).

Camila Banus (Gabi Hernandez, Days of our Lives) talks about her dress by Steven Khalil, who usually does bridal dresses. Banus talked about Gabi’s unique storylines. She revealed her superhero power has to do with multi-tasking! Bryton James (Devon Hamilton, Young and the Restless) shared Emmy prep tips. He talked about bringing his mother with him and what Devon’s superhero power should be. Arianne Zucker (Nicole Walker, Days of our Lives) talked about her cute red jumper and what her morning routine looked like which included a “full-blown spread” and then talked about Nicole’s superpower. Billy Flynn (Chad DiMera) informed Kristyn Burtt that Chad and Abigail are returning to Salem as the actors have already been taping scenes for a short return. Being Chad DiMera means a lot to the actor so he said he’d always return if he can. What did he want for Chad going forth? A dog. Tyler Christopher (ex-Stefan DiMera) and Marci Miller (Abigail Deveraux) discussed their morning prep which included yoga, reading and Christopher admits due to sweating, he had outfit issues.

Greg Vaughan (Eric Brady, Days of our Lives) dished about his 12-year-old’s birthday and spending the morning at the IHOP (International House of Pancakes). He admitted his Emmy is amongst his children’s trophies. James Reynolds (Abe Carver, Days of our Lives) joked about redesigning his house around his Daytime Emmy and gave an interesting response to the superhero question. Hayley Erin (Kiki Jerome, General Hospital) and Chloe Lanier (Nelle Benson, General Hospital) spoke about eating cereal, getting flowers, and being nominated for the same category. 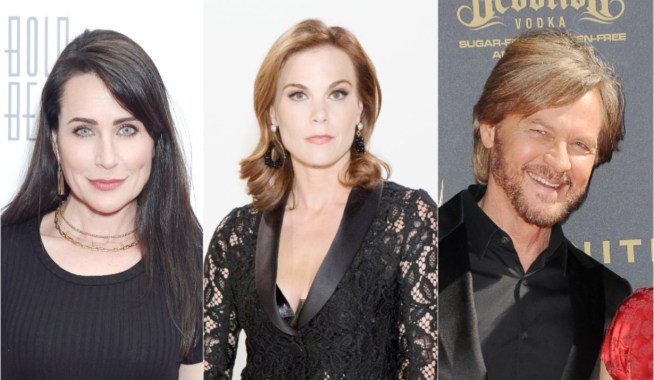 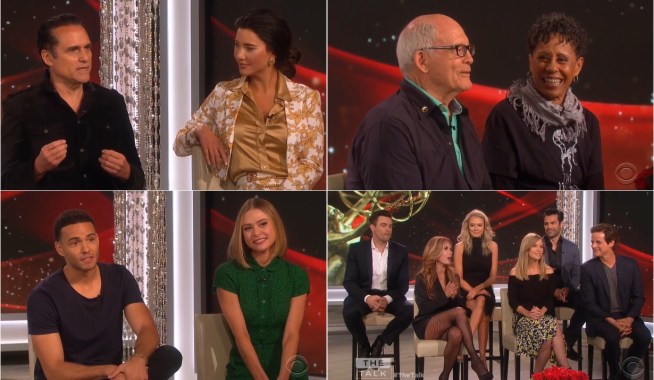