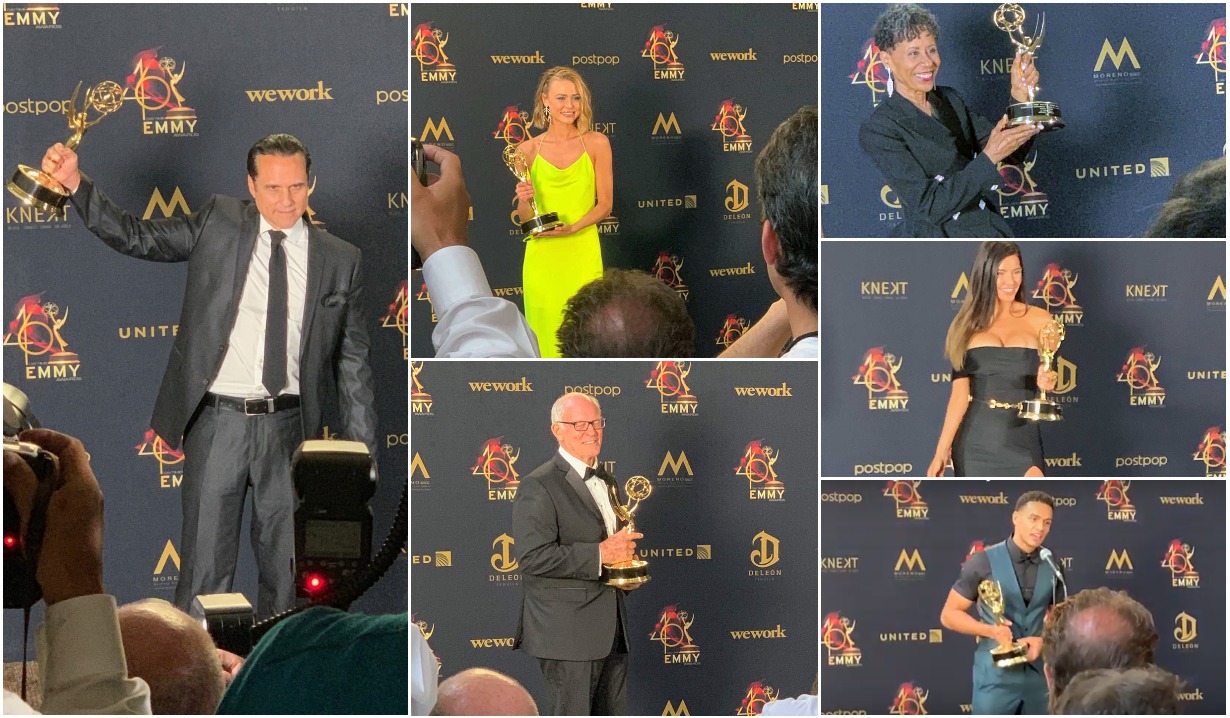 Dishing from the red carpet at the 2019 Daytime Emmys.

Soaps.com was live on the red carpet at the 46th Annual Daytime Emmys with Kristyn Burtt and our videographer, AJ Martinson. Interviewed were the actors and actresses who came our way – and though we’d have loved to have spoken with them all, the line is long and the actors are torn in different directions. The stars dished a little about their current music jam, what they’re glued to on Netflix, and because of the Avengers: Endgame movie, they talked about what superhero superpower they’d like for their character. While that was happening, the rest of the Soaps.com staff took to Twitter, Facebook, and Instagram to talk about the show. Once the red carpet festivities were complete, Kristyn went backstage to record the winners’ interviews. Watch Kyler Pettis who won for Outstanding Younger Actor for his role as Theo Carver on NBC’s Days of our Lives, Patricia Bethune who won Outstanding Guest Performer for her role as Nurse Mary Pat on ABC’s General Hospital, Max Gail was interviewed after his win for Outstanding Supporting Actor as Mike Corbin on General Hospital. After Gail is General Hospital’s Vernee Watson who won Outstanding Supporting Actress as Stella Henry. The next winner was Bold and the Beautiful’s Jacqueline MacInnes Wood who was interviewed on her win for Outstanding Lead Actress in a daytime drama for portraying Steffy Forrester. After Wood is General Hospital’s Hayley Erin, who won as Outstanding Younger Actress for her role as Kiki Jerome, and Maurice Benard won the Outstanding Lead Actor award for his role as Sonny Corinthos in General Hospital.

More: Soap stars arrivals on the red carpet for the Daytime Emmys 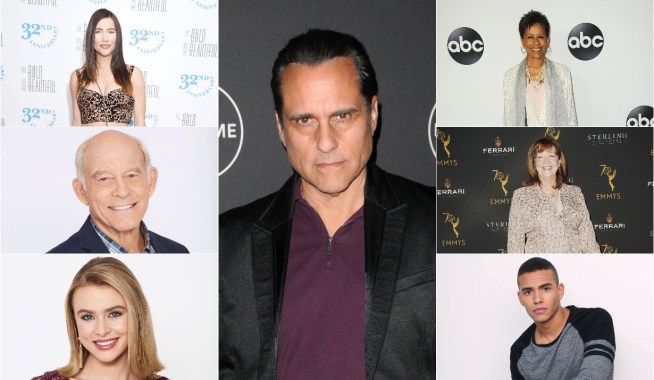