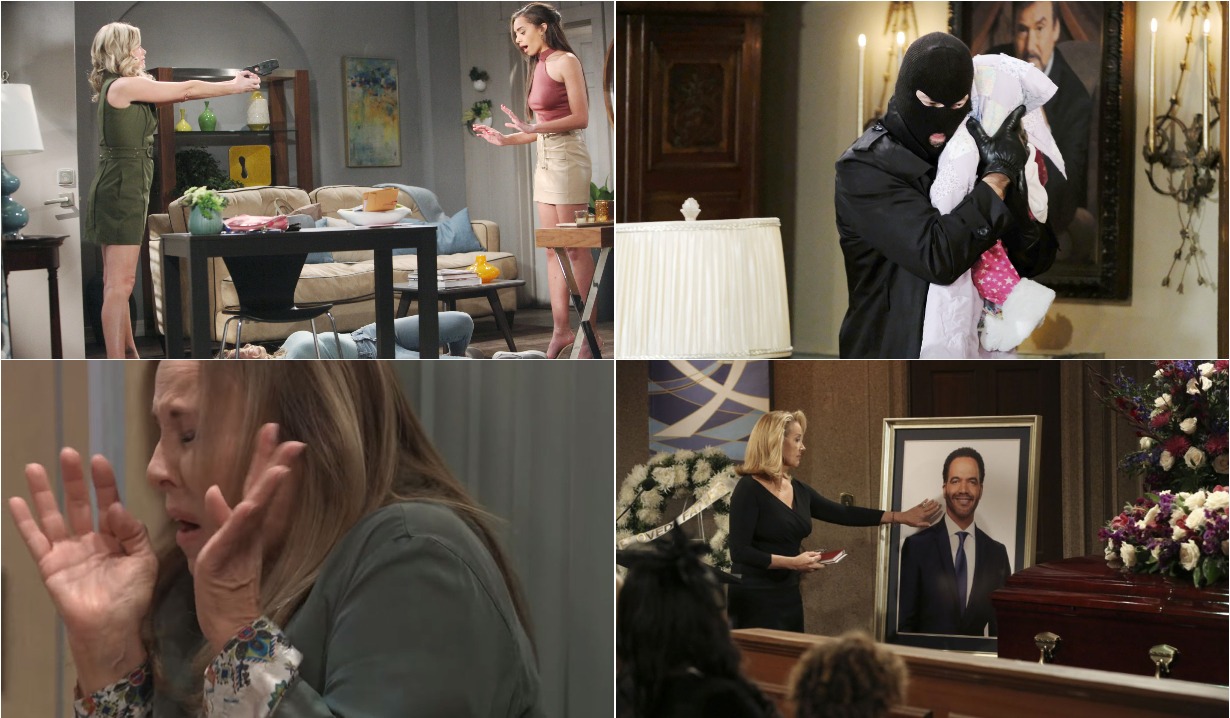 Get a refresher of last week’s Bold and the Beautiful, Days of our Lives, General Hospital and Young and the Restless episodes from April 22 – 26 through Soaps.com’s highlights, including teasers for what’s to come…

First on The Bold and the Beautiful, Thomas plotted to break Hope and Liam up, and successfully guilted Hope into convincing Liam he should visit Steffy and the girls in Paris. Bill spontaneously proposed to Katie, who turned him down, but reconsidered at Brooke and Donna’s urging. And Flo confessed to Zoe that learning she was a Logan made her realize she had to tell the truth, but they fought when Flo tried to phone Hope, and Flo was knocked unconscious. Coming up: Thomas takes advantage of Liam’s absence.

On Days of our Lives, after rescuing Ciara from the Mexican cartel, the two finally made love. Gabi seduced Stefan into bed, but later he couldn’t stop finding himself drawn to Chloe. Marlena told Sarah about Eric’s feelings for her, and she confronted him. They decided to tell Rex they wanted to be together, only to find a very much alive Nicole at Rex and Eric’s place. And a mysterious figure kidnapped Holly from the DiMera mansion. Coming up: Holly’s kidnappers are revealed.

Over on General Hospital, Laura and Kevin agreed to work with Ava, Felicia and Mac to try and draw Ryan out of hiding by Kevin and Ava pretending to be an item. A dying Oscar asked Drew and Jason to learn how to be brothers. Willow lashed out at Harmony, who turned out to be her mother, for pimping her out to Shiloh and Dawn of the Day. And Shiloh agreed it was time for Sam to join the inner circle at the cult. Coming up: Oscar’s death is imminent.

And on The Young and the Restless, Devon, Abby and Lola launched their restaurant Society. Kyle finally told Summer he wanted a divorce or an annulment. Devon returned home to check on Neil, who hadn’t shown up at Society, and found him dead. He returned to the restaurant to break the news to Lily and others, and the residents of Genoa City were left in disbelief of Neil’s passing due to a stroke. Malcolm Winters returned home, as did others, to honor and remember Neil. Coming up: Young and the Restless airs a special episode dedicated to actor Kristoff St. John.