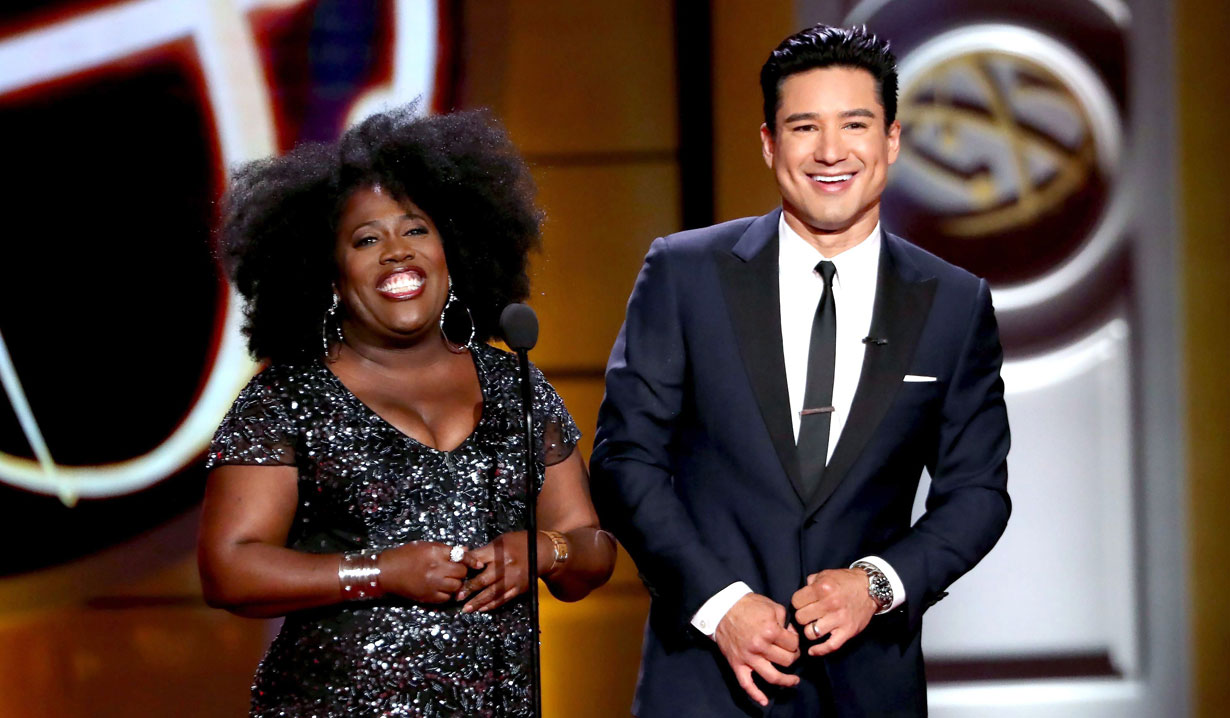 Soaps.com has more details for this year’s 46th Annual Daytime Emmy Awards. The National Academy of Television Arts & Sciences (NATAS) announced via a press release that The Talk co-host Sheryl Underwood will return, along with Bold and the Beautiful alum and Extra host Mario Lopez, to take center stage on Sunday May 5 as the hosts for daytime’s annual ceremony at the Pasadena Civic Auditorium in California. Once again the 2019 Daytime Emmy Awards will be streamed live on various platforms including Daytime Emmys Facebook Live, Twitter and Instagram. General Hospital’s Carolyn Hennesy (Diane) will be back to host the red carpet show.

“I am thrilled to have one of the most entertaining combinations in daytime television hosting our grand gala at the Pasadena Civic Auditorium,” said David Michaels, SVP, Daytime, (NATAS). “With their combined wit and charm, plus America’s favorite Arbiter, Judge Judy, receiving this year’s lifetime achievement award as well as the best of Daytime nominated in all genres and a stellar list of presenters yet to be announced, it promises to be a memorable night for the daytime community.”

More: 2019 Daytime Emmy winners to appear on The Talk

Underwood, who has also appeared on Bold and the Beautiful on and off since 2016 as Bill Spencer’s (Don Diamont) friend Emmy, hosted the awards the last two years with Lopez. Prior to that, both appeared as presenters. Underwood has been a co-host of The Talk since 2011 and recently had guest spots on Happy Together and Jane the Virgin with roles in other projects in the works, including I Got The Hook Up 2 and Wanda’s Place. Lopez has been with Extra since 2007 and has turned up on series such as This Is Us, Brooklyn Nine-Nine and The Rookie and plays Cruz on Elena of Avalor.

As with every year, Soaps.com will bring soap opera fans the winners of the 2019 Daytime Creative Arts Emmy Awards prior to our Sunday May 5 coverage from the main Daytime Emmys ceremony via Twitter @soapoperafan to include pre-ceremony preparations, red carpet arrivals, photos, interviews, winners and more, as well as on SheKnowsSoaps on Instagram and @SheKnowsSoaps on Facebook.

Look through the gallery of photos of the 2019 Daytime Emmy nominees.

Ray Wise in Chilling Adventures of...

Maxine Waters Tells Rep Jim Jordan To ‘Shut Your Mouth’ After He Yells At Dr. Fauci Over COVID Rules