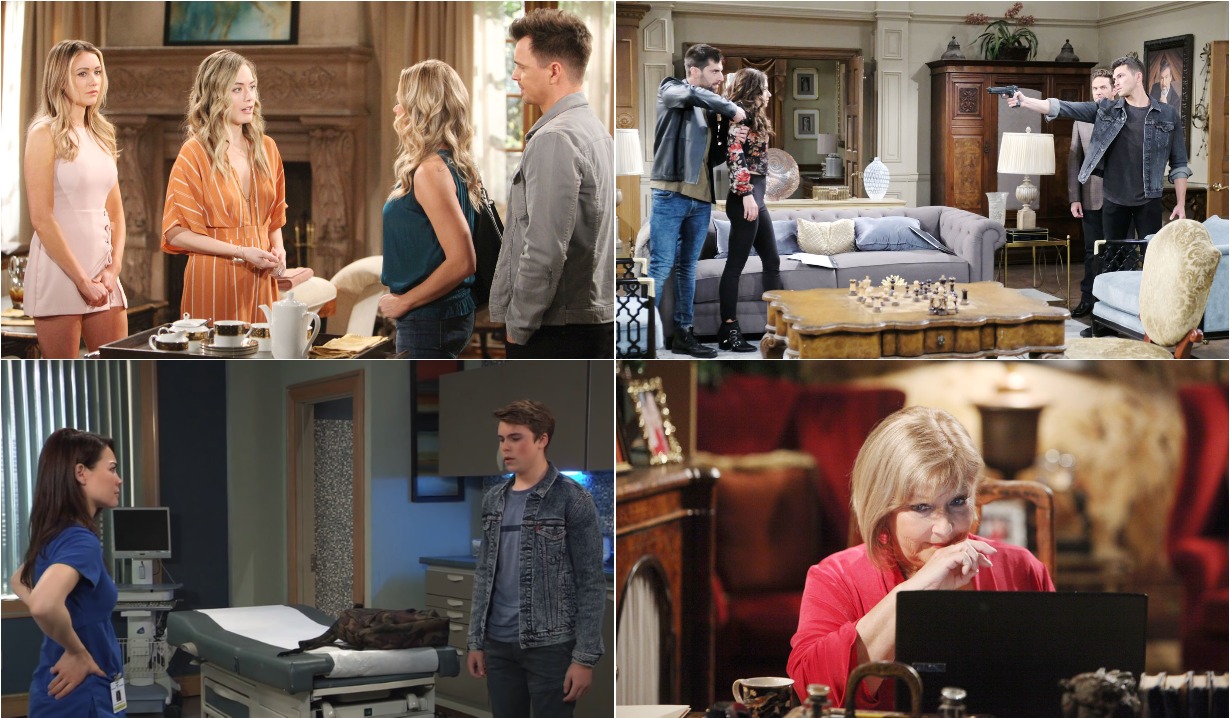 Soaps.com has Bold and the Beautiful, Days of our Lives, General Hospital and Young and the Restless highlights from last week’s April 15 – 19 episodes, plus teasers for a look ahead…

First on The Bold and the Beautiful, Hope introduced her newly found cousin Flo to Brooke, Donna and Katie, who could see their late brother Storm in her face. When Shauna discovered Flo’s deception regarding baby Beth she urged her daughter to tell Hope the truth, but later changed her mind realizing Flo could go to prison. And while Hope continued to remain distant from Liam, Thomas confessed to Ridge he’s never gotten over Hope. Coming up: Thomas plans to win over Hope.

On Days of our Lives, in spite of both weddings being initially interrupted, Jack married Eve, and Tripp and Hayley said, “I do.” Chloe had sexual dreams about Stefan, while Brady pushed Gabi to seduce the DiMera, marry him and take over his company. The Mexican drug cartel returned to Salem and Chloe was snatched by one of the men, but was rescued when Eli shot one dead. Meanwhile Rafe was shot by another man, who took Ciara hostage. Coming up: Ben and Ciara finally make love.

Over on General Hospital, Jason, Sonny and Alexis got Kristina to a safehouse and began deprogramming her from the Dawn of the Day cult. Shiloh suspected Jason of taking Kristina and asked Sam to help locate her, not realizing she was in on Kristina’s rescue. Willow confessed the truth about her child with Shiloh to Michael. Ava formulated a plan to lure Ryan out by dating someone new to make him jealous, and Laura forgave Kevin, but the two were shocked when he received a package from his brother. Coming up: Shiloh confronts Jason.

And on The Young and the Restless, Nikki and Victoria learned Victor had been paying a psychiatrist, so Nikki hired Rey to find out the truth. Mia told Arturo about the baby, and he lied to give her an alibi for the night Lola was attacked. Lily was released from prison, but still refused to give Cane and their marriage one last shot. Billy proposed to Victoria, but she turned him down for now, but would reconsider in the future. And Kyle found it difficult to break up with Summer, who mistook Kyle’s gift for Lola, a locket, as a present for her. Coming up: familiar faces return for Neil Winters’ funeral.