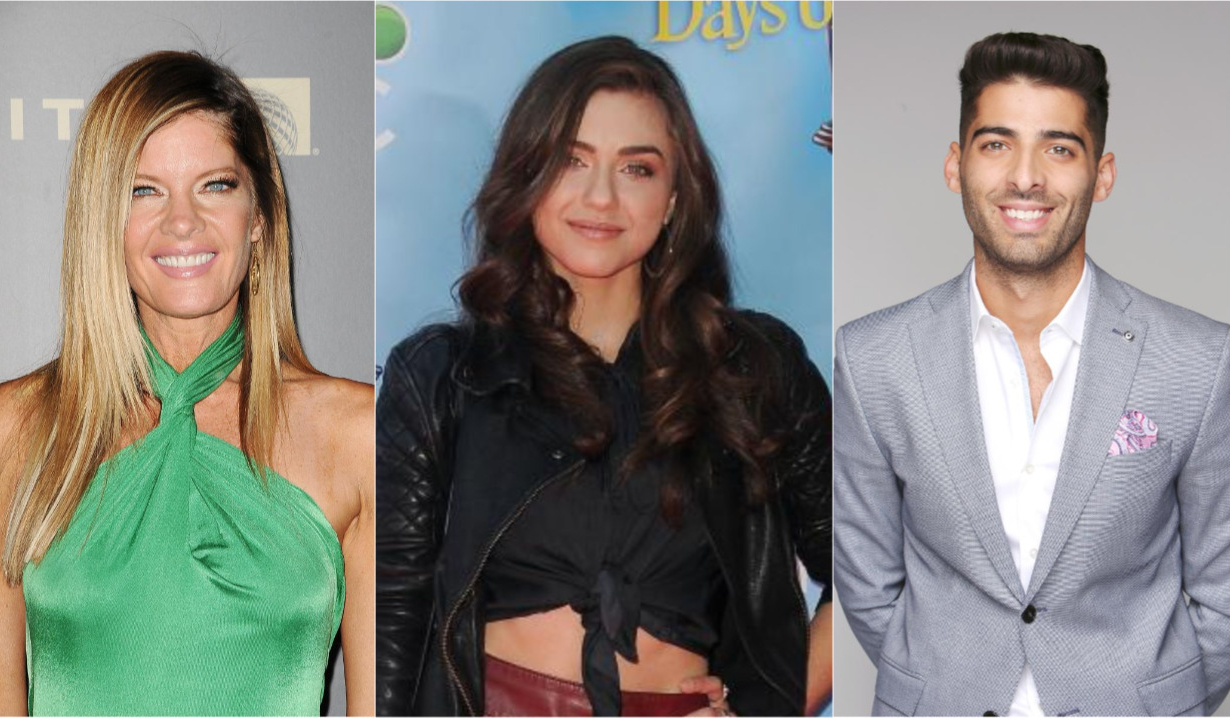 Soaps.com keeps you on top of the latest news for The Bold and the Beautiful, Days of our Lives, General Hospital, and The Young and the Restless from March 25 – 29 and beyond.

Miss any of the action last week? Catch a few highlights with what happened and what’s ahead with the latest spoiler videos, including the arrival of Flo’s mother and Brooke’s refusal to allow Hope to be with Thomas. Then get all of the casting information for the spring in Soaps.com’s The Bold and the Beautiful news room. Plus, Candace’s curiosity has been piqued about who Flo’s missing father could be and makes a guess, and ponders the latest possible love triangle that seems on the way in the Bold and the Beautiful blog.

Soaps.com has an exclusive interview with Days of Our Lives’ Victoria Konefal (Ciara) about her Daytime Emmy nomination and what she’s planning to wear to the ceremony. Salem is about to get a bit less crowded and maybe even a little less complicated. Greg Rikaart as Leo and Judith Chapman as Diana are exiting Days of our Lives. They’ve both shot their last scenes for the soap opera. Be sure to read the interview with Rikaart about his experience on the show, working with Chapman again and his friendships with the cast and crew. You can catch all of the latest casting news in the Days of our Lives news room, where you can also watch the trailer for Chrishell Hartley (Jordan) in the upcoming Lifetime TV thriller, Staged Killer. She’s not the only one hoping to send a chill down your spine. Matthew Ashford (Jack) is currently involved in independent film project, The Castle. Get the details about it before getting a glimpse at what’s ahead this week with the latest spoiler video, this time featuring a bomb that could blow Hope and Rafe apart. And Christine was appalled by what a dope Claire is being, is getting bored by Ben and Ciara, and wouldn’t mind seeing Stefan and Gabi get together in her Days of our Lives blog.

In a significant casting upheaval sure to change the landscape of Port Charles, Michelle Stafford exits General Hospital as Nina and will be returning to the role of Phyllis on The Young and the Restless, replacing Gina Tognoni, who exits Y&R. Learn Wally Kurth’s (Ned) feelings about his castmates in his latest interview, featured in our General Hospital news room. While you’re there, you can watch the latest spoiler videos and grab a sneak peek at the ABC soap opera’s 56th anniversary episode. Plus, Dustin was intrigued by Kristina offering Shiloh a secret about her family, worries about how Anna’s past may be re-written again, and was underwhelmed by the handling of Dante’s deprogramming drama in the new General Hospital blog.

Brooks Darnell is out as Sean Dominic was recast on The Young and the Restless as Dr. Nate Hastings. In more major casting news, Y&R cast Mark Grossman as the new Adam Newman and, at the end of his one year contract, Jason Canela exits Y&R as Arturo Rosales. We have even more casting news to keep you up to date on who is coming and going from Genoa City in our The Young and the Restless news room. While you’re there, you can also get your memory jogged about Paul Williams’ interesting history and discover what was in Kristoff St. John’s (Neil) handwritten will. After taking a look at the latest spoiler videos, get Candace’s thoughts on Ashley and Kerry’s alliance, JT’s dumbed-down return, and Abby on the rampage in her latest The Young and the Restless blog.