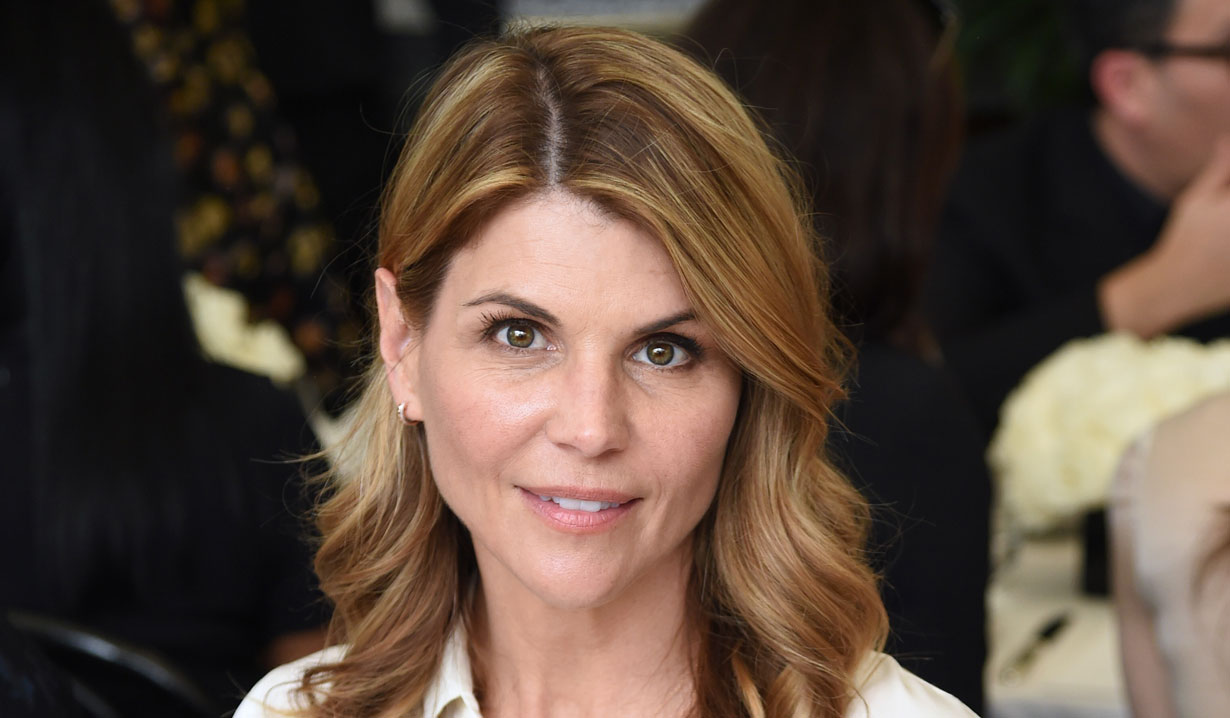 Updated August 21: Today, Lori Loughlin was sentenced to two months in prison, a fine of $150,000 and 100 hours of community service, as reported by the Associated Press. Her husband Mossimo Giannulli will spend five months in prison, pay a fine of $250,000 and serve 250 hours of community service upon his supervised release of two years. Earlier this month, we reported that Lori Loughlin bought a new Hidden Hills home, which can be viewed in the gallery below.

On May 8 Soaps.com reported that Judge Nathaniel Gorton has denied Lori Loughlin’s request to throw out the charges against her in the college admissions bribery case, Soaps.com has learned. Attorneys for Loughlin and her husband, Mossimo Giannulli, previously argued that federal agents had entrapped them. They alleged that William “Rick” Singer, the admissions consultant at the center of the case, had been coached on what to say to parents in his recorded conversations with them. Judge Gorton ruled that the federal agents did not commit misconduct, and denied the defense motion.

On March 26, Soaps.com has learned that Lori Loughlin and husband Mossimo Giannulli allegedly want the charges against them dismissed. In a statement reported by Deadline, Loughlin’s legal team Latham & Watkins stated in their federal court filing Wednesday March 25, in regards to the accusations that scam charity boss William Singer was pressured by the feds to implicate the couple, “The extraordinary government misconduct presented in this case threatens grave harm to defendants and the integrity of this proceeding. That misconduct cannot be ignored.” If found guilty, Loughlin and Giannulli could face up to fifty years in prison.

On February 27, Soaps.com learned that a federal judge in Boston has scheduled the start date for the trial for soap opera alum Lori Loughlin and her husband Mossimo Giannulli for Monday October 5. Jury selection will take place beginning on Monday September 28 with U.S. District Judge Nathaniel Gorton relaying to lawyers that the matter will be completed by Thanksgiving. Though Loughlin and Giannulli have proclaimed their innocence from day one, if found guilty, each could face a maximum of 50 years in prison and millions in fines.

Back on October 31, we reported Lori Loughlin and husband Mossimo Giannulli entered not-guilty pleas after officially being charged on October 22 by a federal grand jury for conspiring to commit federal programs bribery, which adds to their charges of conspiring to commit mail fraud and money laundering. Under a federal statute, it’s illegal to commit bribery connected to a program that receives federal funds. Along with 9 others who were charged today, Loughlin and Giannulli face a maximum sentence of 10 years in prison. Fellow actress Felicity Huffman was sentenced and is serving a two week stint for her part in the college bribery scandal. Soaps.com will keep readers updated as more details develop.

On April 23, we reported though the next scheduled hearing for Lori Loughlin and husband Mossimo Giannulli is Monday June 3, FOX News has learned, via court documents, that the couple allegedly has not viewed any of the “extremely voluminous” evidence against them in the college admissions scam case and their lawyers have filed documents requesting that officials turn over said evidence. Any motions prior to the next court date have allegedly been suspended by Loughlin and Giannulli’s legal team until the prosecution provides the evidence in order for them to assess. Soaps.com will continue to report updates as they’re released.

Deadline is reporting on April 15 that Lori Loughlin and her husband Mossimo Giannulli are pleading not guilty to charges surrounding the college bribery scandal. Soaps.com will update readers when more details are released.

On April 9 we reported more details in the wake of the college bribery scandal surrounding soap opera alum and former Hallmark actress Lori Loughlin. Along with 15 other parents, Loughlin and her husband Mossimo Giannulli were indicted today with a new charge – money laundering. Just yesterday, Felicity Huffman and 13 others submitted guilty pleas in the case. The indictment states the couple paid $200,000 per child to a fake charity set up by admissions consultant William Rick Singer called the Key Worldwide Foundation. The prosecution is also alleging that Donna Heinel, USC’s senior associate athletic director, was paid $50,000 per child and that the foundation was created to launder bribe payments with some even writing the payments off on income taxes. While Huffman could receive four to six months for pleading guilty to one count of conspiracy to commit mail fraud and honest services mail fraud, Loughlin and Giannulli could receive as much as 24 – 30 months in prison, the time prosecutors are able to seek under guidelines.

Earlier on April 3, Lori Loughlin and Felicity Huffman, along with others, faced Judge Page Kelley in a Boston courthouse today in regards to the conditions of their release in the college bribery scandal. The proceedings were finished for the time being after Loughlin surrendered her passport – Huffman had already done so prior. TMZ has learned from an official that prosecutors want to see all involved do prison time… “You can’t have people being treated differently because they have money. That’s how we got to this place. Every defendant will be treated the same.” If convicted of conspiracy to commit mail fraud, as well as honest services mail fraud, the actresses could receive a maximum sentence of five years. Soaps.com will keep readers updated as new details are released.

Back on March 14, Soaps.com learned that Lori Loughlin has been fired from all of her shows at the Hallmark Channel, as well as from Netflix for Fuller House. TVLine has obtained a statement from Hallmark stating, “We are saddened by the recent news surrounding the college admissions allegations. We are no longer working with Lori Loughlin and have stopped development of all productions that air on the Crown Media Family Network channels involving Lori Loughlin including Garage Sale Mysteries, an independent third party production.”

On March 12, we reported that Lori Loughlin, who played Jody on Edge of Night, has been named alongside her husband, designer Mossimo Giannulli, fellow television and film star Felicity Huffman (Desperate Housewives), and dozens more in a scam to help their children get into the colleges of their choice. Huffman’s husband William H. Macy (Shameless) has not been indicted. The scam allegedly involved bribing college entrance-exam administrators to allow cheating on the tests such as the SAT/ACTs, and have university athletic coaches designate certain applicants as athletic recruits for the school, regardless if the applicant was an athlete. The money for the payments allegedly was funneled through a fake non-profit charity foundation set up by William Rick Singer according to TMZ. Parents are accused of paying anywhere from $200,000 to $400,000 dollars for his services, some going as high as $6.5 million. A total of $25 million in bribes and payments were discovered by the investigators as part of the indictment, which came down from the United States Attorney for the District of Massachusetts according to TVLine. A live conference was also recently held on the matter by the US Attorney’s Office.

Loughlin and her husband have been accused of paying $500,000 for their two daughters to be designated as recruits to the University of Southern California crew team. Neither girl participated in the sport. Loughlin has reportedly surrendered to a warrant for her arrest, and was taken into custody, then posted a million dollar bond Wednesday after being told by a judge to surrender her passport by December 2019. The actress will be able to travel within USA and to British Columbia for work commitments. Her next court date is March 29 in Boston.

In most cases the children were unaware of the scheme their parents were involved in to make sure they got into the chosen colleges. Other schools involved in the scam include Yale, Harvard, Stanford and Georgetown.

Loughlin is best known as Aunt Becky on Full House and the Netflix reboot Fuller House, but also for playing Abigail Stanton in Hallmark’s When Calls the Heart, as the lead in the Garage Sale Mystery series on Hallmark’s Mystery Channel, and has appeared in some of their Countdown to Christmas films.

We are saddened by the recent news surrounding the college admissions allegations. We are no longer working with Lori Loughlin and have stopped development of all productions featuring Lori on the Crown Media Family Network channels — including #GarageSaleMysteries, an independent third party production.

#Hearties, we assure you that Hallmark Channel has no plans to cancel When Calls the Heart. Hope Valley has many more stories left to share and we will let you know the details soon.

<p>The open concept lounge area opens onto the outdoor terrace for dining with a view. The kitchen and dining room sit in the background.</p>

<p>This formal eating area features contemporary lighting. The room, though narrow, is made to look larger with white walls and standing mirrors.</p>

<p>Living areas open up to an outdoor patio area perfect for lounging and taking in the view of the hills. The kitchen island with seating and casual dining area can be seen in the foreground.</p>

<p>The contemporary stylings of the spacious bedroom are made cozy with the addition of a marble fireplace. Patio doors open up to a view of the surrounding hills.</p>

<p>The white and wood varnished farmhouse-style home is situated in Hidden Hills. The pool and lush lawns are simple yet inviting, with al fresco dining and lounging areas close at hand.</p> 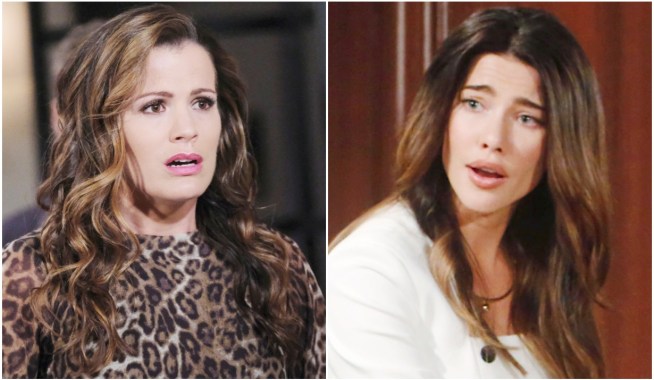 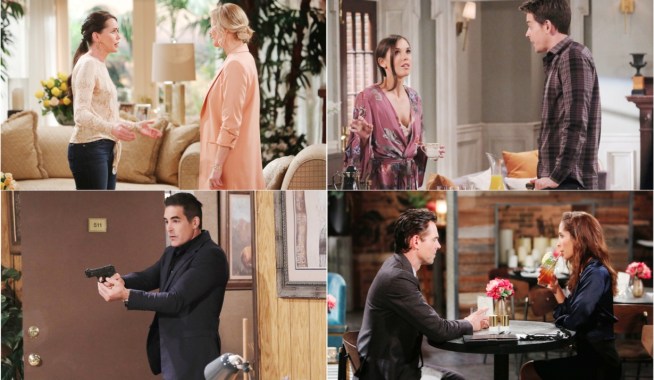