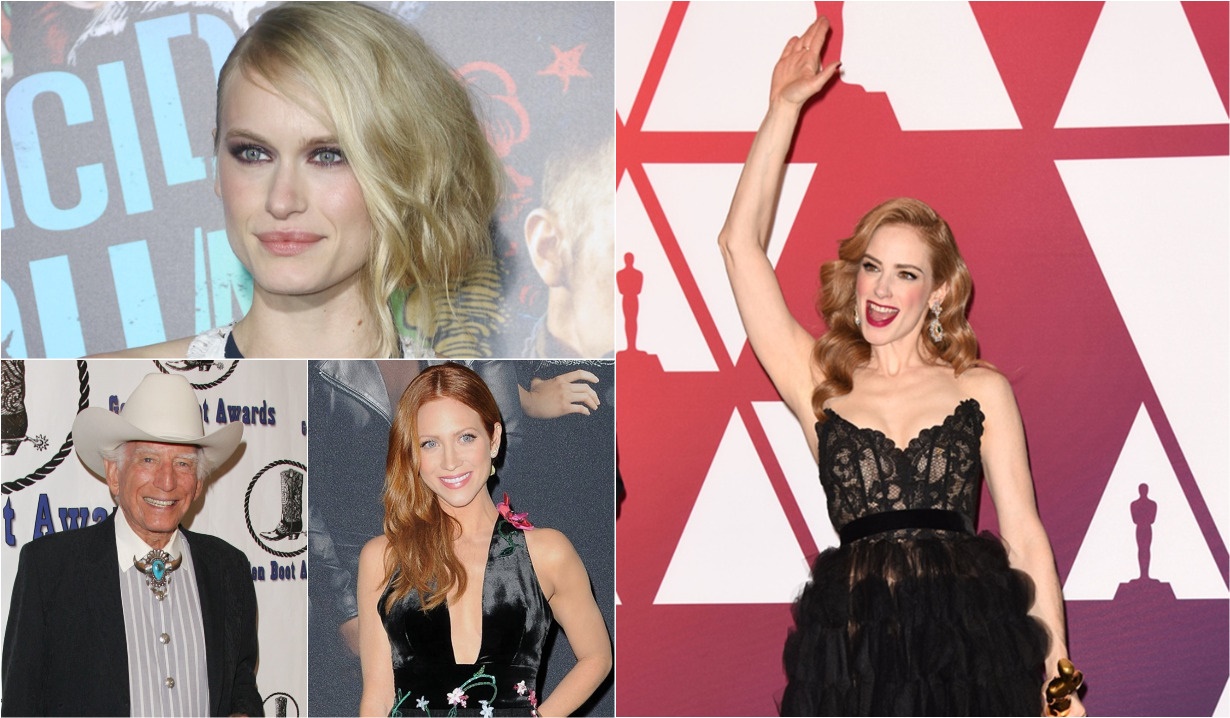 Soaps.com has a round-up of the latest news and projects from daytime alums of All My Children, General Hospital, and Guiding Light, including an engagement and the sad passing of a former Days of our Lives actor.

Former General Hospital actress Jaime Ray Newman, who played Alexis’ sister, Kristina Cassadine, from 2002 – 2004, became an Academy Award winner on Sunday February 24. Newman played Nurse Melissa Frye in Skin, which won the Oscar for Best Short Film and surrounds the story of a destitute young man raised by racist skinheads, who turns his back on hate with help from the woman he loves, a black activist. The actress told From the Grapevine, “Never in my wildest dreams would I have thought that this little short film we made, literally in our garage, would be seen by so many people around the world. It just goes to show you, focus on your art and do what you think is important and all the rest will fall into place.” Newman’s former GH co-star Tamara Braun (Carly Corinthos, now Kim Nero) cheered on Newman and her husband, Guy Nattiv, the writer/director, and shared a clip of their acceptance speech. She said, “They did it! They did it! They did it!!! Ahhhhhh!!! Congratulations my friends. So happy for you!!!! Mazel Tov!! Woo hoo!!” Soaps.com sends congratulations as well!

Cameron Mathison (All My Children’s Ryan Lavery) will appear on ABC’s Who Wants to be a Millionaire to support a charity he’s very involved with, The Legg Calve Perthes Foundation. The former soap actor suffered from Perthes disease as a child, which is rare and affects the hip. Check your local listings and tune in on Tuesday February 26.

All My Children alum, Leven Rambin (Lily Montgomery) will be appearing in the upcoming biopic The Dirt, which drops on Netflix on March 22. She plays the role of Sharise, Vince Neil’s ex-wife, in the film detailing the history of rock band, Motley Crue, and based on the book The Dirt: Confessions of the World’s Most Notorious Rock Band, a collaborative autobiography with Neil, Nikki Sixx, Mick Mars, Tommy Lee, and author Neil Strauss. Rambin shared the trailer for The Dirt on her Instagram account along with the caption, “The one and only… MOTLEY CRÜE. I have the honor of being @Shariseneil in #thedirtmovie.” Actor Daniel Webber from Australian soap opera Home and Away plays Vince Neil in the film, while rapper Machine Gun Kelly (aka Colson Baker, Roadies) plays Lee, Douglas Booth (The Pillars of the Earth) portrays Sixx, and Iwan Rheon (Game of Thrones) appears as Mars.

Actor Morgan Woodward, who appeared as Phillip Colville on Days of our Lives in 1987, died Friday February 22 at his home in California, according to The Hollywood Reporter. Woodward was a mainstay in western films and television series throughout his acting career, which began in the 1950s, including Bonanza, Gunsmoke and a memorable role in Cool Hand Luke. He is also infamous for being the first character to fall victim to Spock’s ‘mind meld’ in Star Trek. Woodward served for the Air Force in the Korean War, and performed in theater and radio, as well as singing in a barbershop quartet. The Fielder House Museum in Arlington, Texas, houses his TV and film memorabilia in the ‘Woodward Room’. Soaps.com extends condolences to Woodward’s family and friends.

Actress Brittany Snow, who played Susan Lemay on Guiding Light, took to her Instagram account to let her followers know she’d become engaged to her boyfriend, realtor Tyler Stanaland. She shared a photo cuddling with Stanaland and announced, “A couple weeks ago, I said “YES” about a million times to the man of my wildest & most beautiful dreams. After celebrating with friends and family, we wanted to let a few more friends (you guys) know… this happened. ✨I’m still pinching myself and thanking my lucky stars for the truest feeling I’ve ever felt. Thank you @tylerstanaland for the happiest day of my life & for not proposing in this creepy empty restaurant.” Snow left GL in 2000 and went on to appear in the TV series American Dreams. More recently, she’s become known for playing Chloe in the Pitch Perfect movies. We congratulate Snow on her happy news!

The one and only… MOTLEY CRÜE. I have the honor of being @Shariseneil in #thedirtmovie

A couple weeks ago, I said “YES” about a million times to the man of my wildest & most beautiful dreams. After celebrating with friends and family, we wanted to let a few more friends (you guys) know… this happened. ✨I’m still pinching myself and thanking my lucky stars for the truest feeling I’ve ever felt. Thank you @tylerstanaland for the happiest day of my life & for not proposing in this creepy empty restaurant.

A Wedding & Held Hostage in Soaps...

Soap Alum Beverley Owen of ‘The...