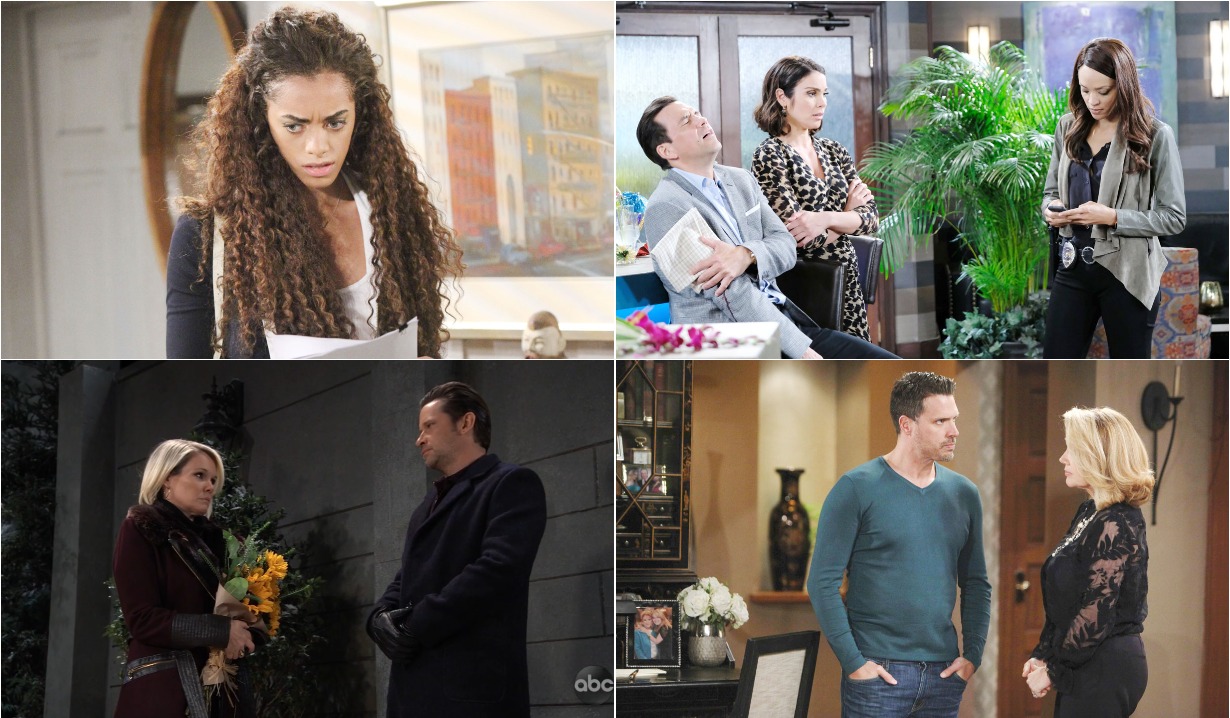 Soaps.com has refreshers for Bold and the Beautiful, Days of our Lives, General Hospital and Young and the Restless episodes from February 4 – 8, plus a look at what’s coming up…

First on The Bold and the Beautiful, Hope seemed to find herself drawn to baby Phoebe, which worried Steffy and Liam. Zoe was suspicious when her father Reese announced he was leaving town, and questioned Florence, who she found living at his place. She realized Florence couldn’t have given birth to the baby Steffy adopted. And as Brooke also began to question where Taylor found the baby for Steffy to adopt, Wyatt and Sally noticed Phoebe looked a lot like baby Kelly. Coming up: Florence comes clean with Zoe

Over on Days of our Lives, half the town was searching for Ciara and baby Charlotte, who also went missing. Ciara discovered Ben’s sister Jordan, who seems to have gone insane like her brother, had kidnapped them both, all to protect them from Ben. John began to wonder if Leo could be his son, while it was revealed Leo murdered his abusive father. And Stefan saved Chloe from mobster El Fideo’s men, and invited her to move in with him to keep her and her kids safe. Coming up: Ciara and Ben are reunited.

And on General Hospital, after Ryan hypnotized Lulu to believe Franco attacked her, and planted evidence in Franco’s office, the PCPD arrested the former serial killer turned art therapist for the killings. However, Ryan’s rage soon turned to Griffin, who he thought was trying to steal Ava from him. Oscar got good news from his doctor that his brain tumor had stopped growing, but it was only a temporary reprieve. And Sam connected with Shiloh to infiltrate Dawn of Day. Coming up: Jordan offers Franco a way out.

Finally, on The Young and the Restless, Lola’s busy work schedule, and the return of Summer, caused a strain on Kyle and Lola’s relationship. After rescuing Katie, the Newmans found the person spying on them had an entire surveillance center behind their walls, and suspected it was JT. Sharon discovered someone emailed the police an incriminating audio file on Victor and Nick, which she was forced to turn over to Rey. And when Christine and Rey arrived to take Victor to his trial, Nikki stated there would be no trial. And Y&R honored the late Kristoff St. John, whose final episodes as Neil aired this week. Coming up: Nikki confesses to JT’s murder. 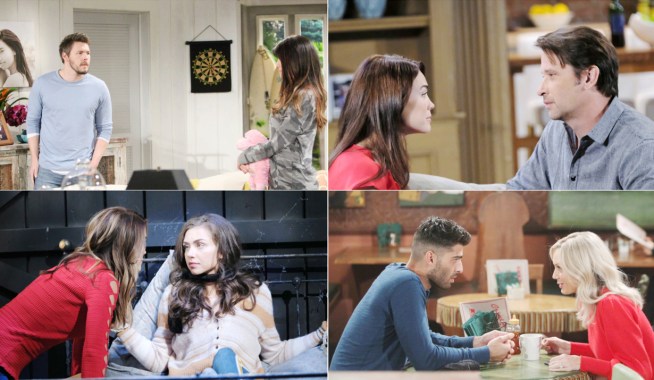 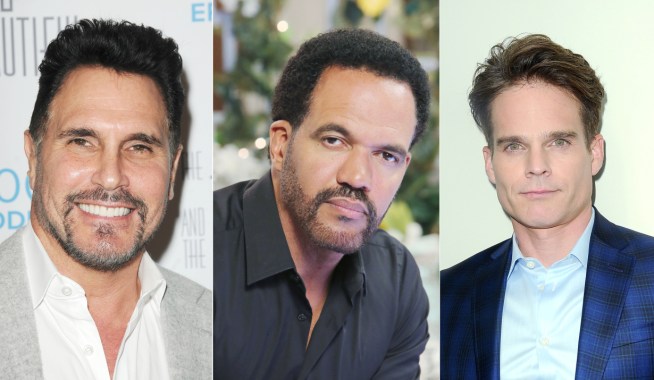