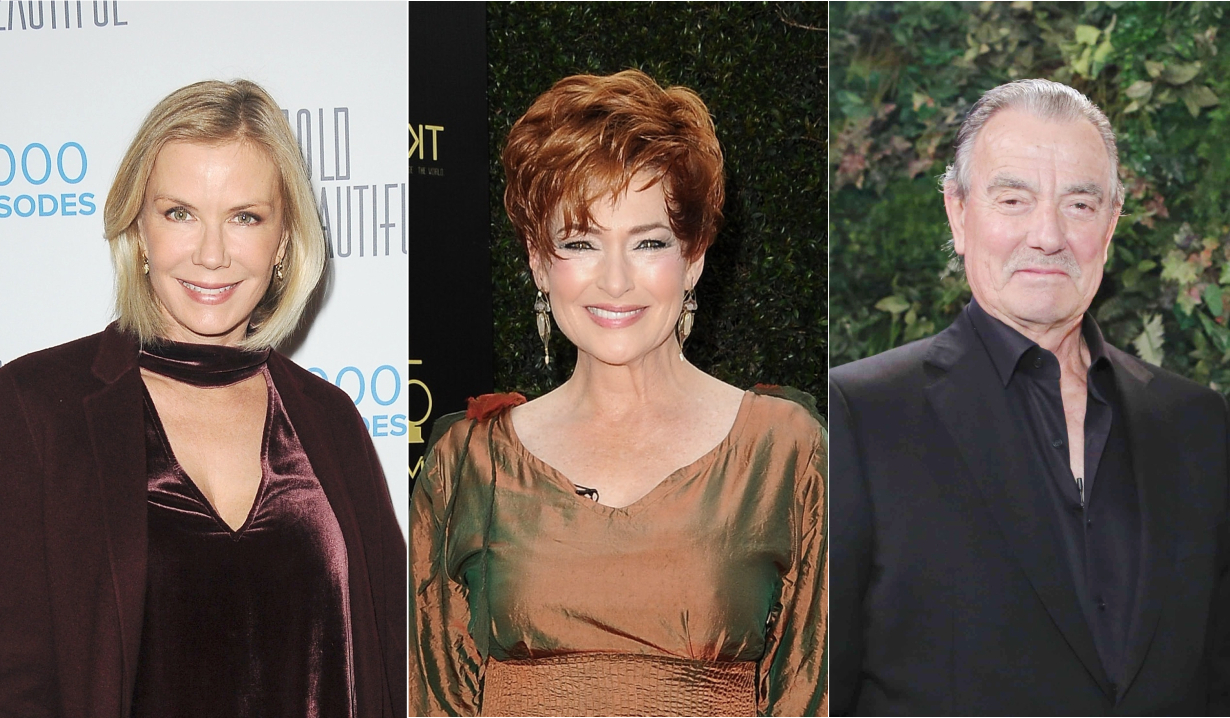 Soaps.com brings you all The Bold and the Beautiful, Days of our Lives, General Hospital, and The Young and the Restless news from January 28 – February 1 and beyond.

Katherine Kelly Lang (Brooke) has joined the cast of Australia’s I’m a Celebrity…Get Me Out of Here! Find out what happened when she was dropped in a South African jungle without so much as a cellphone in Soaps.com’s The Bold and the Beautiful news room. Then learn about Winsor Harmon’s (ex-Thorne) two very different upcoming films, Sarogeto and Cult Cartel before getting all of the latest casting news for the show. And Candace is feeling robbed of drama, and still can’t connect to Reese in the B&B blog.

Say goodbye to Claire as Olivia Rose Keegan exits Days as Shawn and Belle’s daughter. Catch a glimpse at what happens to Chloe and Stefan when shots ring out in Salem with the latest spoiler video in our Days of our Lives news room. Then learn why Christine feels robbed, thinks Melinda’s threats are ridiculous, and was thrilled to have Judith Chapman arrive as Diana in her Days blog.

Fans of Spencer Cassadine can smile since Nicolas Bechtel will return to GH in the not-so-distant future. And fans of Carolyn Hennesy (Diane) had something to celebrate as she took home an Ovation Award for Lead Actress in a Play for her performance as opera soprano Maria Callas in Master Class. After watching the trailer for Vinessa Antoine’s Diggstown, take a look at the latest spoiler video in our General Hospital news room. Then discover how Dustin felt about Mike’s farewell scenes, the fan theories about Port Charles’ identical twins, and the Julian, Drew, and Kim triangle in the new GH blog.

Kate Lindner (Esther) will be joined by several of her Y&R co-stars, including Beth Maitland (Traci) and Christian Leblanc (Michael), for her sixth-annual OpportuniTea charity event. Get all the details and learn how you can attend in our The Young and the Restless news room. While you’re there, be sure to watch the weekly spoiler video as Nikki tries to stop Victor’s trial in Genoa City before learning what Eric Braeden (Victor) had to say about former executive producer and head writer, Mal Young. Finally, Candace thinks Mia is too bitter to be fun, was chilled by Katie’s disappearance, and continues to be baffled by the Jack and Kerry pairing in her latest Y&R blog.

All My Children's Candice Earley...