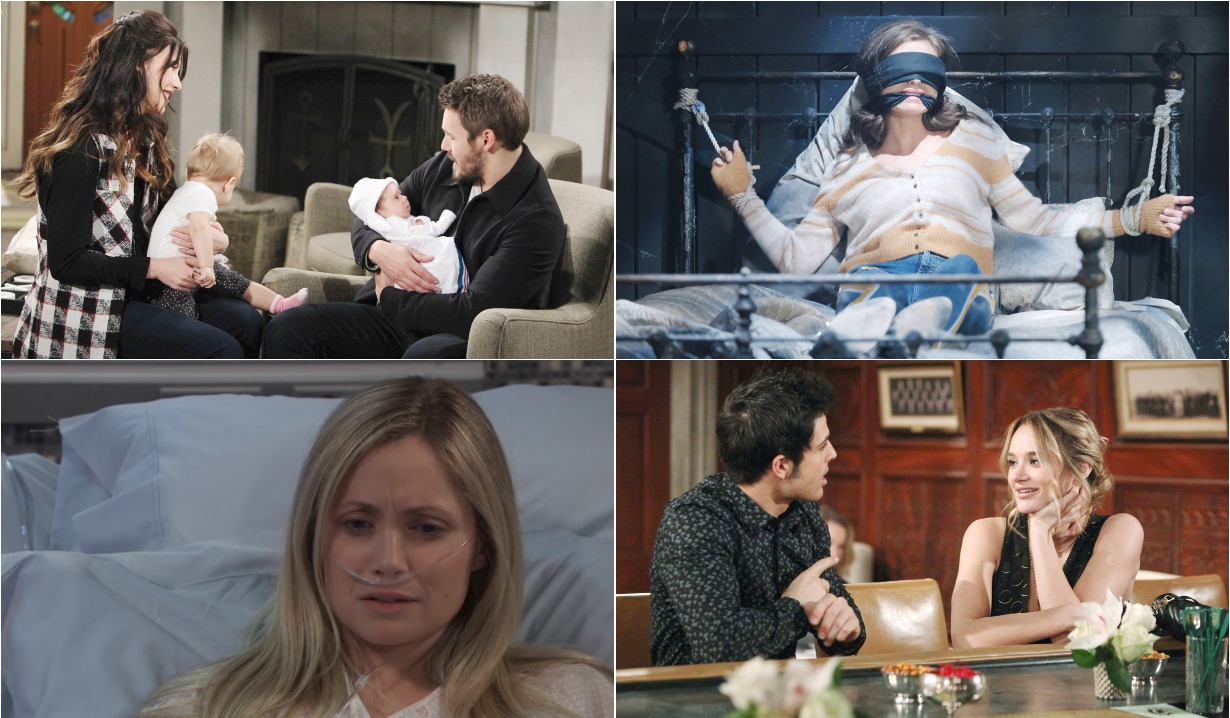 Soaps.com is back with episode highlights for Bold and the Beautiful, Days of our Lives, General Hospital and Young and the Restless from last week’s January 28 – February 1 episodes, including teasers for what’s ahead…

First on The Bold and the Beautiful, Reese saved his daughter Zoe from a ruthless thug by paying off his debts with the money he got from selling Hope’s baby. Ridge began to feel something wasn’t right about the adoption, while Florence continued to worry about her part in the crime. Steffy named her new daughter Phoebe, after her late sister, and Hope was introduced to and unknowingly held her daughter for the first time. Coming up: A resemblance is noticed between babies Kelly and Phoebe.

Over on Days of our Lives, Rex and Sarah reconciled, while Eric struggled with his feelings for Sarah. Leo’s mother Diana Colville, arrived in Salem, and her son was furious to see her, but she was thrilled to reconnect with John Black, who she knew when he thought he was Roman Brady. And Hope worried when she hadn’t heard from Ciara, who had been kidnapped and tied to the bed in the same cabin everyone who’s kidnapped ends up in. Coming up: John suspects Leo may be his son.

And on General Hospital, Ryan was unable to finish the job and kill Lulu, but fortunately for him, she had blocked out the details of the attack, a common soap opera medical issue. Jason and Sam’s reunion was short-lived when she decided they needed to fake being broken up so she could use her heartache to infiltrate the Dawn of Day cult that her sister Kristina was involved with. And Sonny was forced to put his father Mike in a home for Alzheimer’s patients when his condition declined. Coming up: Ryan uses Franco as a pawn.

Finally, on The Young and the Restless, a drunken Mia made a scene at Abby and Arturo’s engagement dinner, and later admitted to Phyllis that she couldn’t stop thinking about her brother-in-law Arturo. Jack confronted Kerry about her secret syringe, and she claimed she was planning to freeze her eggs to keep her options open. Summer was back and set out to use Fen to try and make Kyle jealous. And Victoria and Billy were horrified when Katie, who had made a mysterious new friend at the Newman ranch, went missing and could be heard behind the walls! Coming up: Nikki makes an admission to stop Victor’s trial.

All My Children's Candice Earley...