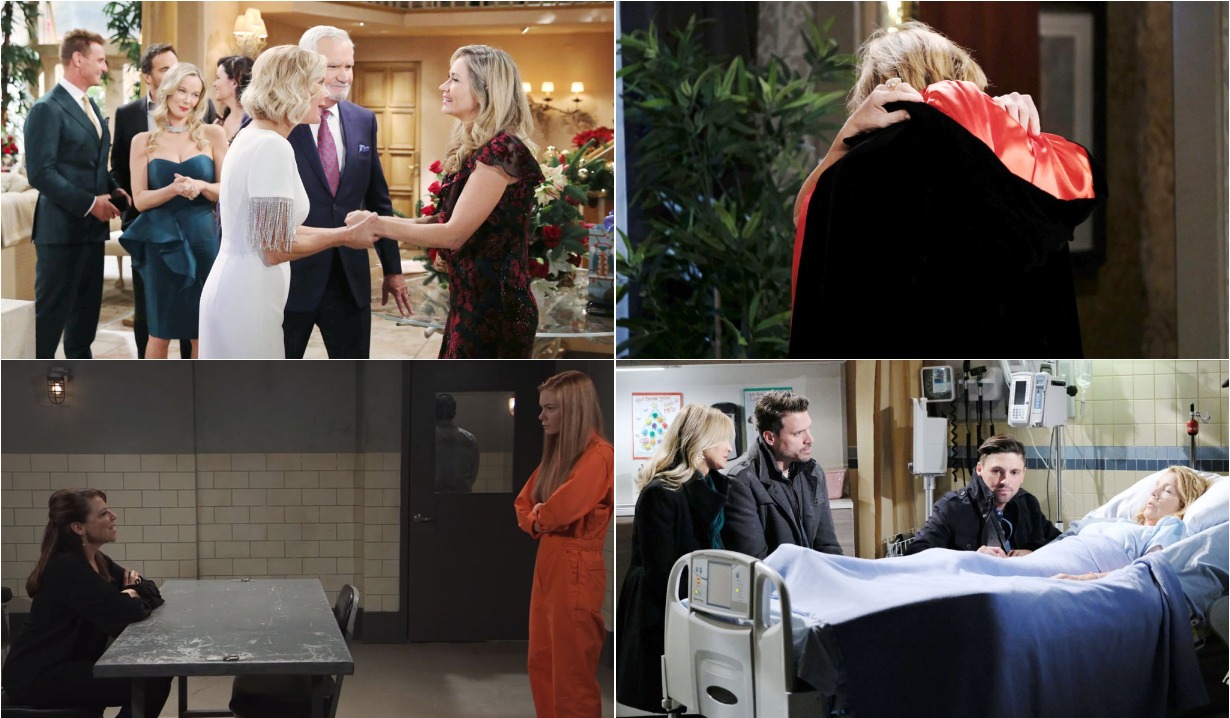 Soaps.com is back with a few exciting highlights for Bold and the Beautiful, Days of our Lives, General Hospital and Young and the Restless from the week of December 24 – 28, plus a teaser for what’s ahead.

First on The Bold and the Beautiful, everyone gathered at the Forrester mansion to celebrate Christmas, and Ridge learned Steffy was planning to adopt a baby, so Kelly could have a sister. Hope surprised Liam with a “babymoon” to Catalina. However, when Kelly came down with a fever, Liam stayed behind, and Hope went on her own, with Liam planning to arrive later. Of course, a huge storm prevented that, Hope went into labor. Coming up: Liam turns to Bill for help getting him to Hope.

On Days of our Lives, in a Christmas miracle, Julie woke up from her coma and remembered Gabi doctored the paternity results, and revealed that Chad was the father of Abigail’s baby. A furious Stefan kidnapped Gabi to scare the bajeezus out of her, and after he let her go, she turned herself into the cops who were looking for her. And as everyone gathered for the New Year’s Eve celebration at Doug’s Place, they were stunned when Eve crashed the party. Coming up: Eve brings back-from-the-dead Jack back to Salem, who of course has no memory.

Over on General Hospital, Ryan made another killing, this time a producer of a documentary on the Ryan Chamberlain murders who has a theory that Ryan was still alive. A mystery man named Hank claiming to be an old friend of Drew’s arrived in Port Charles. Drew meanwhile shared a New Year’s kiss with Kim, which was seen by Kim’s beau Julian. And Jason and Sam were shocked to find the producer’s body stashed behind some Christmas decorations at the Metro Court during the annual New Year’s Eve bash. Coming up: Lulu hosts a big event.

Finally, on The Young and the Restless, as many in Genoa City celebrated Christmas, poor Nikki lay in a coma and Dr. Nate warned the family it was time to say goodbye. Victor returned and convinced Nate to kidnap Nikki in order to protect her from whoever tried to kill her. After she was discovered missing, Victoria wanted to confess to everything to save her mother from her kidnapper, not knowing it was her dad, while Nick figured out Nate took his mother, but she relapsed while she was in route to where Victor’s been hiding. Coming up: Devon throws a New Year’s Eve bash.