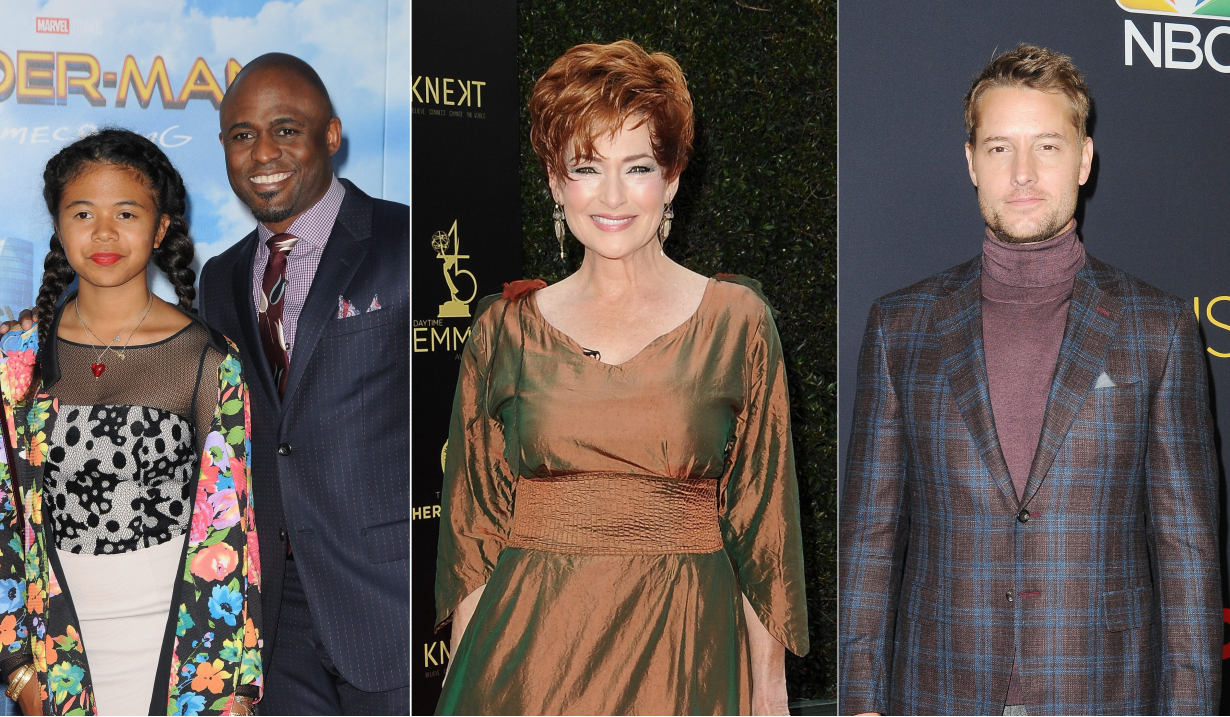 Castings news and a Christmas special.

Soaps.com keeps you up to date with the latest news about The Bold and the Beautiful, Days of our Lives, General Hospital, and The Young and the Restless from December 10 – 14 and beyond.

B&B cast Katrina Bowden, who may be familiar to some viewers for her work on 30 Rock. Maybe she’ll appear in the 8000th episode of the soap when it airs early in the new year? Visit Soaps.com’s The Bold and the Beautiful news room where we celebrate this momentous achievement for the series and look at what twists this special episode may hold. Then watch Wayne Brady (Reese) get emotional on The Talk as he discussed his daughter Maile joining the cast as Tiffany. This past week also saw the airing of the final episode directed by Michael Stich, who has been working for the show since it began in 1987. Once you’ve read the latest update on all the casting news for the soap, find out why Candace feels like she’s banging her head against a wall, but has grown fond of Sally and Wyatt, and muses about the suave charms of Don Juan Buckingham in the B&B blog.

Onetime American Idol performer Thia Megia was cast on Days as Haley. Look for her to make her first appearance this week and check out what else is in store for the citizens of Salem with the latest spoiler video, featuring Gabi trying to murder Julie, in our Days of our Lives news room. Then learn why Christine is into Chabby again, laughed her way through Leo’s wedding to Sonny, and thought Lucas had a poignant send-off in her Days blog.

In need of some holiday cheer? Watch Jack Wagner (Frisco) in a video preview for the When Calls the Heart Christmas special. Although Sofia Mattsson exited GH as Sasha this week, the actress will be returning in the new year. Carolyn Hennesy (Diane) is embroiled in a bit of controversy thanks to being cast as Leia in LEGO: Star Wars All-Stars and Star Wars Resistance. Find out what all the fuss is about in our General Hospital news room, where we also have the latest casting news and the premiere date for Grand Hotel, featuring Bryan Craig (ex-Morgan). And Dustin feels like there are too many revenge plots, wonders what possibilities Drew’s memories could hold, and was relieved that Obrecht will be cleared with the help of some blackmail in the new GH blog.

Just in time for the holidays, Robert Adamson returns to Y&R as Noah. Take a gander at what else is ahead for Genoa City in the latest spoiler video before watching a special thank you from the stars of the soap as they celebrated 30 consecutive years as the highest rated daytime drama. See it in our The Young and the Restless news room along with updates on some of your favorite former stars of the show, like Justin Hartley’s (Adam) recent award nomination, Ignacio Serricchio’s (Alex) new movie with Clint Eastwood, and Jessica Collins’ (Avery) latest projects. Finally, Candace welcomed the return of drunk Nikki, is uncomfortable watching Jack and Kerry, and asks who Fen’s love interest should be in her latest blog.