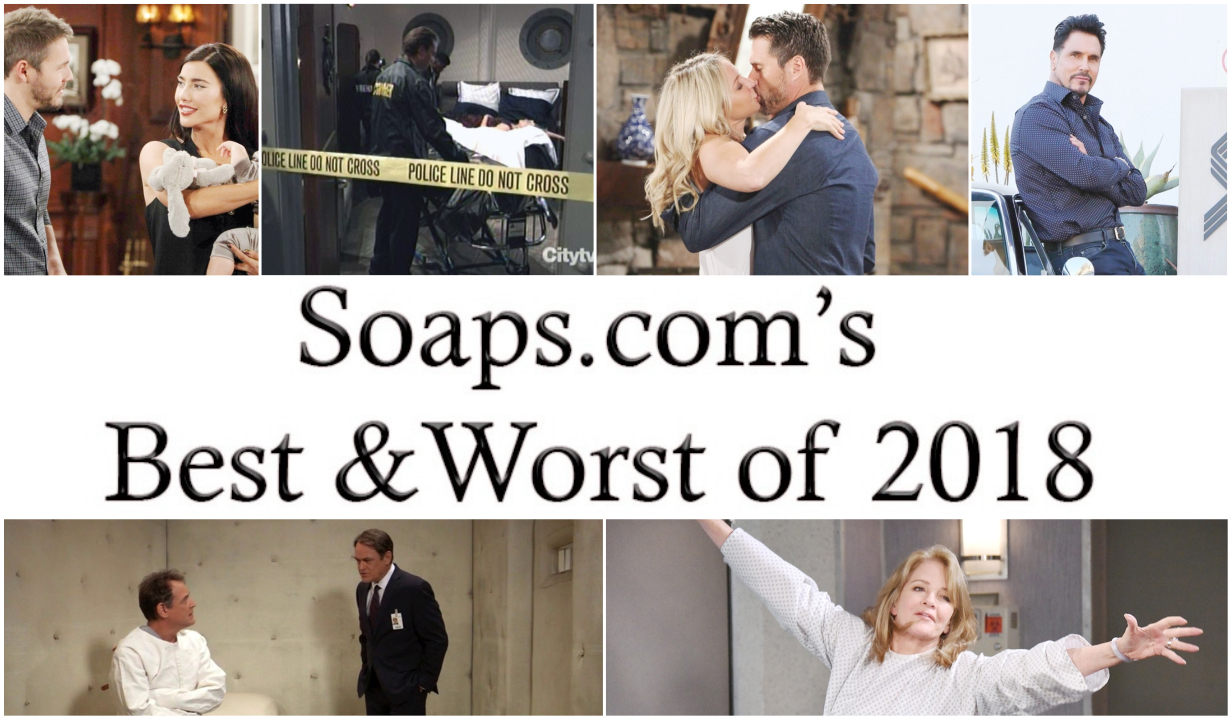 Soaps.com’s readers have spoken on the year in soaps.

Love, heartbreak, drama, comedy, absurdity. Daytime had it all in 2018. Soaps.com created a survey to ask our readers what their favorite and least favorite things were about the year in soaps. There were a few surprises… 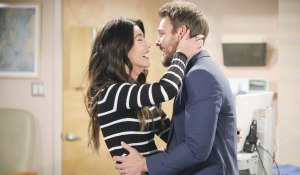 Most annoying character:
It was apparently not a good year for the Logan women as Hope’s return to reunite with Liam irked most B&B viewers in the survey. She was followed by her helicopter mom Brooke.

Funniest character:
He’s smug, arrogant and ruthless, but $Bill Spencer also has the best one-liners, landing him in the number one spot. Pam Douglas’ wacky high jinks came in at number two in the survey.

Biggest plot twist:
She’d been off canvas for a while so it was quite the twist when Taylor Hayes was revealed as Bill’s shooter. Of course, the cause of Taylor snapping – Bill sleeping with his daughter-in-law Steffy, a.k.a. Taylor’s daughter – was the second biggest shock to the fans.

Most preposterous plot:
Liam might have been hurt by his wife Steffy’s betrayal, but his instant rebound to Hope – yet again – was too much for viewers. Not to mention, the absurdity of Steffy sleeping with his father Bill was eye-roll inducing. 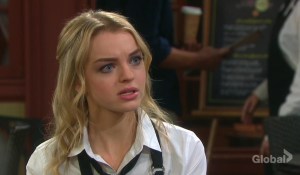 Most annoying character:
Whether it was the Bella contest debacle or her manipulative ways when it came to Tripp and Ciara, Days viewers told us that they were not fans of Claire Brady. Nipping at her heels was Paul Narita — proving nice guys do finish last.

Funniest character:
Simplistic Hattie Adams is funny in her own right, but Hattie trying to impersonate Dr. Marlena Evans? Well… there’s a reason she was chosen as Salem’s funniest character. Those who took the survey also took to Susan Banks’ quirks and Victor Kiriakis’ blunt takedowns of everyone in town.

Biggest plot twist:
Jarlena’s happily ever after was delayed when instead of saying their ‘I dos,’ Marlena was shot at the altar(!), presumably by her daughter Sami Brady(!). (Thankfully it wasn’t her.) The intense rooting value that followed when Ben Weston – the man who “killed” Will and terrorized Abigail Deveraux – returned to town was another surprise.

Most preposterous plot:
This one can be summed up in two words: Leo Stark. His blackmailing of Sonny, his presumed murder by Will and Sonny, and his “resurrection” was a bit overboard even by Salem’s standards. Tying for a close second, according to our readers, was Gabi’s revenge on Abigail and the redemption of Ben. 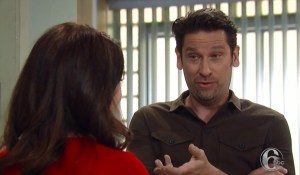 Best couple:
Fans enjoyed Carly and Sonny Corinthos the most as they weathered everything 2018 threw at them while remaining a secure, supportive couple. Though a bullet tore them apart, Maxie and Nathan West’s tragic love story was also high on the list.

Biggest plot twist:
Ryan Chamberlain killing Kiki Jerome after he became fixated on and slept with her mother Ava landed in the number one spot. Also surprising viewers was Nelle’s swift exit when it seemed like there was a lot more story to tell.

Most preposterous plot:
Ryan returning to add to his murder list on the anniversary of his long-ago killing spree went a bit too far for viewers. As did runner-up Nelle switching her live baby with Brad Cooper’s adopted newborn – who had just died – all so she could stick it to her son’s father Michael Corinthos. 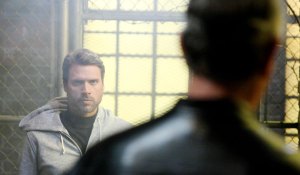 Best couple:
Forever was not in the cards for exes Sharon and Nick Newman this year, but their brief reunion still struck the biggest chord with Y&R viewers. Giving them a run for their money, the fresh chemistry of Kyle and Lola placed second.

Most annoying character:
It seems Abby Newman’s involvement in all the Jack Abbott DNA nonsense and cozying up to Arturo Rosales got on the nerves of viewers who took our survey. Runner-up Summer Newman sleeping with her mother’s boyfriend didn’t impress either.

Biggest plot twist:
The reveal that it was Nick pretending to be the presumed dead JT Hellstrom, complete with a trusty soap opera latex mask, confounded viewers. Not only was it an unexpected move by the straitlaced Newman, but it traumatized his sister Victoria Newman, who was abused by JT – which also threw viewers for a loop.

Most preposterous plot
Nikki Newman killed JT. Then she, along with Sharon, Victoria and Phyllis Summers, buried him. Then they thought he was still alive. Then they explained away their constant hushed meetings as “charity work” which has yet to produce any fundraising. It all added up to the most ridiculous story in Genoa City hands down. 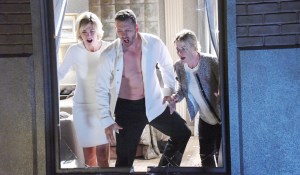 Whether it was all the fan favorite returns, the campiness of the storylines or the use of so many vets, Days won this category by a landslide. GH came in second followed by Y&R and then B&B.

The CBS shows tied for worst soap of 2018. Perhaps the threat of Jack possibly not being an Abbott, the loss of several vets and the addition of too many newbies did Y&R in. On B&B, it could have been all the couple swapping, quickie marriages, and overused plot points that made viewers want to tune out.

Share your thoughts on the best and worst of soaps in 2018 in the comments below. 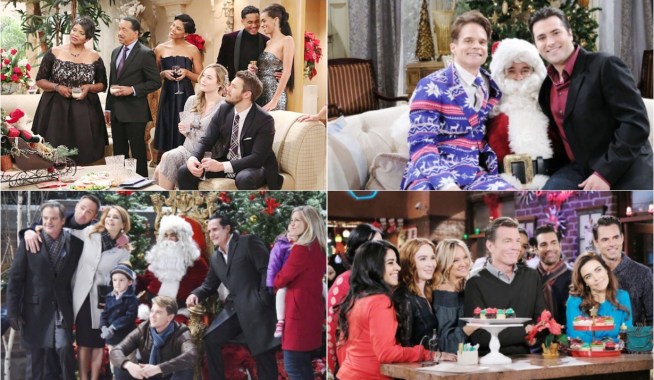 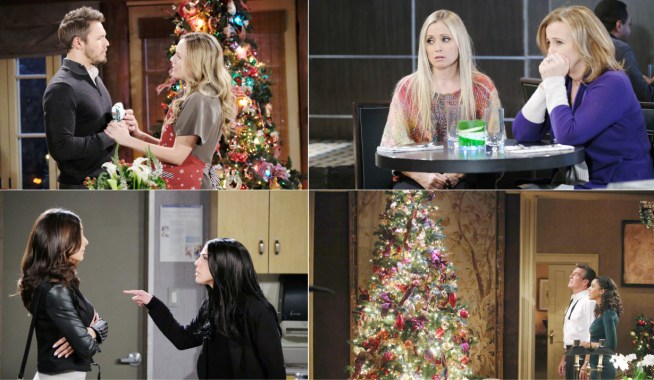