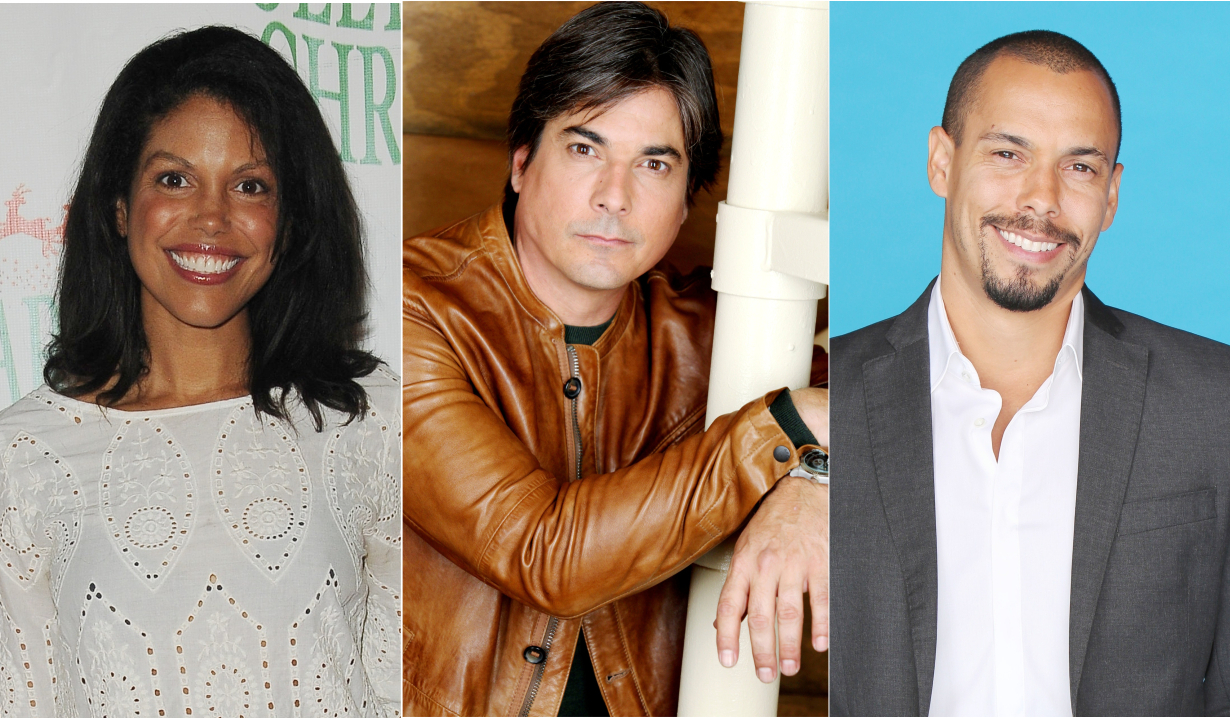 Back for the holidays and appearing in new roles

Soaps.com keeps you up to date with the latest news about The Bold and the Beautiful, Days of our Lives, General Hospital, and The Young and the Restless from December 3 – 7 and beyond.

Karla Mosley returns to B&B as Maya following her maternity leave. Find out when you will see her on your screen again before checking out all of the other casting news in Soaps.com’s The Bold and the Beautiful news room. Then learn why Candace hopes that Pam will get more devious, and balances all the clashing opinions regarding Taylor’s desperation and dangerousness in the B&B blog.

Bryan Dattilo exited Days as Lucas, making his final appearances for this year. But fans will be relieved to know that the character will be back in 2019. Meanwhile, Brandon Beemer returns to Days as Shawn Brady. Look for him in the future and then revisit some of Days’ storied past in our Days of our Lives news room, where we have an interview with Susan Seaforth Hayes (Julie) on some of her favorite memories of Salem. Once you’ve watched the new spoiler video for the week, learn why Christine nearly felt bad for Stefan, wonders if Ben is working for Chad, and loves dastardly Leo in her Days blog.

If you’ve been eagerly awaiting Maurice Benard’s (Sonny) performance as John Gotti, we have an airdate for the premiere of Victoria Gotti: My Father’s Daughter in our General Hospital news room. Also, be sure to check out an interview with Hayley Erin (Kiki) about her character’s demise in Port Charles, and the message she has for her fans. And Dustin wonders if Sonny will screw up, finally finds a reason to be interested in Daisy’s cult, and hopes for more scenes featuring Franco and Drew in the new GH blog.

Two former Y&R actresses can be seen in new roles. Former fan favorite Victoria Rowell (Dru) can be seen in Jacqueline and Jilly, a mini-series about the opioid crisis on the Urban Movie Channel. In lighter fare, you can catch Mishael Morgan (Hilary) in the Christmas movie Hometown Holiday. Learn where you can get it in our The Young and the Restless news room, where you can also get all the latest casting news, including Eric Braeden’s return to Y&R just in time for Christmas. Plus, you can catch Bryton James (Devon) in a new music video for Shanica Knowles. Finally, Candace isn’t sure where Devon’s spiraling is going to go, was thrilled by Mia’s party, but isn’t so excited about Fen’s return in her latest blog.

An Attack and a Crime Scene in Soaps...