An Attack and a Crime Scene in Soaps Roundup: Week of December 3 – 7 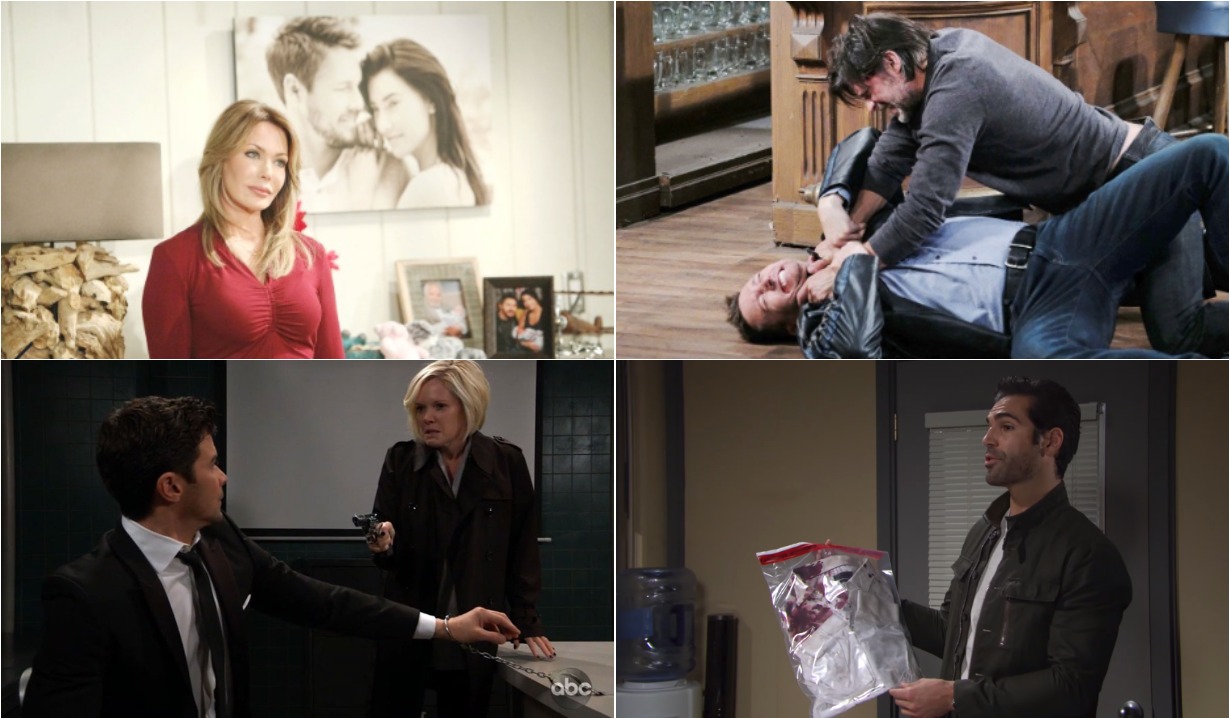 Soaps.com is back with episode highlights for Bold and the Beautiful, Days of our Lives, General Hospital and Young and the Restless from the week of December 3 – 7, as well as a teaser for each soap opera.

First on The Bold and the Beautiful, almost everyone found out that Taylor shot Dollar Bill. Ridge promised to protect his ex, while Liam felt they might all be better if she left town, and Brooke tried to warn Bill that Taylor could still be a danger. And when the gown model for Eric ran late, Pam had Donna replace her and Eric was wowed by her natural beauty. Coming up: Brooke is upset when Taylor is left alone with Kelly.

On Days of our Lives, Will and Sonny discovered Kate was behind Leo’s lawsuit and Chad knew. Abigail convinced Stefan she was her alter Gabby so he had her released from Bayview. Hope teamed up with Ted to try and get Ben to confess to starting the cabin fire, but things got really hot when Rafe caught Hope with Ted at a seedy motel. And after witnessing a vicious fight between Eric and Brady, Maggie didn’t want Eric raising her granddaughter Holly. Coming up: Julie tries to get the goods on Gabi.

Over on General Hospital, Sam and Alexis found evidence clearing Griffin of Kiki’s murder. Later, Sam hired Curtis to help her locate the person who sent her an obituary of a former husband from her days as a con-artist. They were led to an Alzheimer patient Yvonne, the woman Sonny’s dad Mike was sweet on, but who happened to be married to Stella’s old flame Marcus. And in Cuba, Finn and Anna tried to con Obrecht into believing her daughter Britt was sick with a deadly virus. Coming up: Carly confronts the man she thinks is Kevin.

And on The Young and the Restless, after Shauna left town feeling unsafe at Devon’s, he agreed to Ana’s suggestion to get professional help. Lauren and Michael were stunned when Fenmore arrived in Genoa City and announced he’d dropped out of law school to become a musician. Nikki and Victoria found the Newman stables on fire, and in the rubble, Rey found evidence implicating Victor as the prime suspect in JT’s murder. However, Victor had gone missing! And Phyllis and Billy grew closer working together at Jabot. Coming up: Jack is stunned when Billy admits he wants Phyllis back.