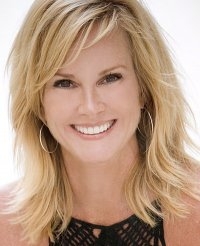 For those who watch ABC’s “Desperate Housewives,” you know that Edie Britt’s house (Nicollette Sheridan) is currently empty, and Soaps.com can tell you who will be moving into the Wisteria Lane residence very soon – former soap opera actors David Chisum (One Life to Live’s ex-Miles Laurence) and Rebecca Staab (most recently The Young and the Restless’ ex-April Stevens)!

Their first air date will be Tuesday September 22, during a special promotional period for Sprint Mobil and will officially join the cast on Sunday October 25.

Rebecca will also make an appearance on “The Mentalist” on Thursday September 24 in the role of a woman who is in the center of a murder mystery, as well as her most recent gig in “It’s Just Sex,” premiering at the Two Roads Theatre at 4348 Tujunga Avenue in Studio City, California on Saturday September 12. For more information, please call 1-818-762-2282.

Soaps.com wants to send both actors our very best! We can’t wait to see what their characters have planned for the neighborhood surrounding Wisteria Lane!

Soaps.com On You Tube!