Another Murder and a Kiss in Soaps Roundup: Week of November 26 – 30 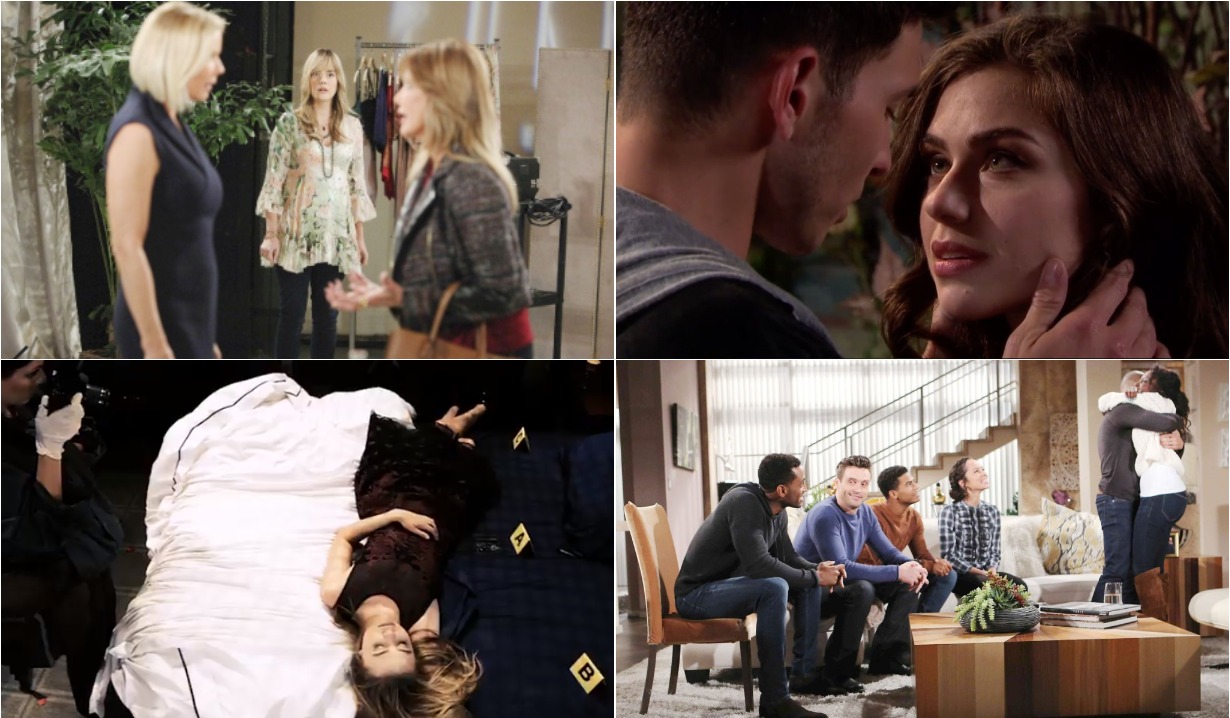 Soaps.com has episode highlights from the week of November 26 – 30 for Bold and the Beautiful, Days of our Lives, General Hospital and Young and the Restless, plus teasers for what’s ahead.

First on The Bold and the Beautiful, Taylor returned to town, and changed man Dollar Bill continued to promise he wouldn’t turn her in for shooting him. However, she became increasingly unhinged and verbally attacked Bill, Brooke and Hope for ruining Steffy’s life. Later, Liam confided in Hope that Taylor was the one who shot Bill. And Zoe’s father arrived in town played by TV game show host and comedian Wayne Brady. Coming up: Brooke has it out with Taylor.

On Days of our Lives, Will and Sonny reunited, only to have Leo return from the dead and demand Sonny marry him or go to jail for trying to kill him. Leo’s shady lawyer Ted also resurfaced and asked Hope for protection from Stefan, who had been holding him hostage. Hope was stunned that Ciara dumped Tripp, and Ciara admitted her feelings for Ben and the two kissed. And when Stefan visited Abby in Bayview sanitarium, she told him that her alter Gabby was back and in control. Coming up: Ciara and Ben go on a date.

Over on General Hospital, Jordan and Curtis were married and later discovered Kiki’s lifeless body in their honeymoon suite. Griffin was arrested after the murder weapon was found in his apartment, though it was actually Ryan who killed Kiki. Ryan also had sex with Ava right after he killed her daughter! And after Joss told Oscar she knew he was sick, Oscar agreed to go through with the experimental drug trial for his brain tumor. Coming up: Chase discovers a new clue.

And on The Young and the Restless, Rey and Mia made small steps in repairing their marriage, and later Mia set out to throw a party to impress the influential ladies of Genoa City. Victoria demanded Tessa tell her where JT’s body was, but Tessa swore she had no idea, which meant someone else knew the women’s secret. Nate and Cane became concerned about Devon’s constant partying and brought his sister Ana home to stop his downward spiral. And Victor offered Summer a job heading up a new office in Abu Dhabi, which she accepted.Coming up: Fen returns after dropping out of law school.