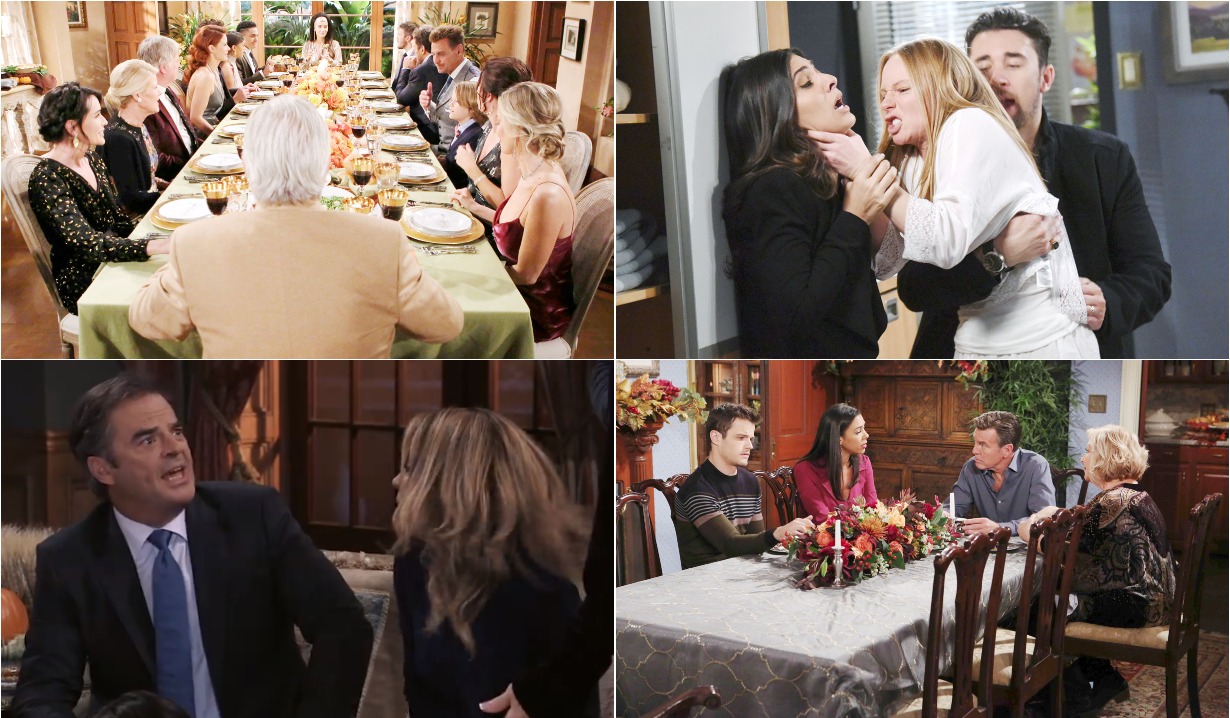 Soaps.com has a rundown of highlights for Bold and the Beautiful, Days of our Lives, General Hospital and Young and the Restless from last week’s episodes, November 19 – 23, as well as teasers for what’s to come.

First on The Bold and the Beautiful, Pam talked up Donna’s love for Eric and believed Stephanie wanted him with Donna. Quinn was onto Pam and warned her to back off with her meddling. Liam, Steffy and Hope agreed to try and put their differences aside and work on being a family for their little girls. And everyone gathered at the Forrester’s for Thanksgiving and shared what they were thankful for. Coming up: Taylor is back and confronts Hope.

On Days of our Lives, in the mental institution, Abigail attacked Gabi after she admitted she had been gaslighting her. Paul left Salem for San Francisco where his mother found an experimental treatment that could help him walk again, and Valerie headed to DC to take a chief of staff job, but she and Abe decided to try a long-distance relationship. And after choking on his Thanksgiving turkey, Victor had a change of heart about keeping Will and Sonny apart, and the two reunited. Coming up: Leo’s return from the dead shocks Will and Sonny.

Over on General Hospital, Ava drugged Griffin and Sasha and staged it to look like they slept together, but her plan was immediately thwarted. Ryan, who everyone still thinks is his twin Kevin, pulled Ava into a kiss, which Kevin’s wife Laura naturally walked in on. Mike began a romance with a new lady friend at the Alzheimer’s daycare, while Stella reconnected with her long-lost love Marcus, who was in town because his wife was being treated in Port Charles. And Joss finally learned Oscar was sick. Coming up: Jordan and Curtis prepare to marry.

And on The Young and the Restless, Mariah informed Sharon that she knew about JT’s death and that Tessa was her blackmailer. Victoria and the others convinced Mariah to play Tessa until they could destroy the evidence she had, and Victoria eventually confronted Tessa one on one. Nick was still fantasizing about Sharon, while Phyllis wasn’t over Billy, so of course, Nick asked Phyllis to move in with him and she accepted. Jack invited Kerry to the Abbott family Thanksgiving, while Lola and her family helped Sharon feed the homeless at Crimson Lights. Coming up: Billy and Kyle conspire together. 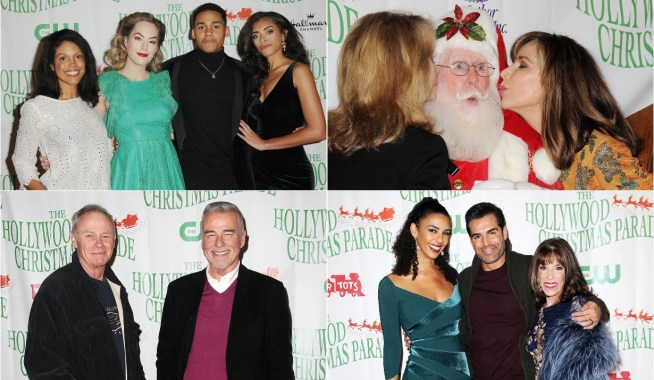 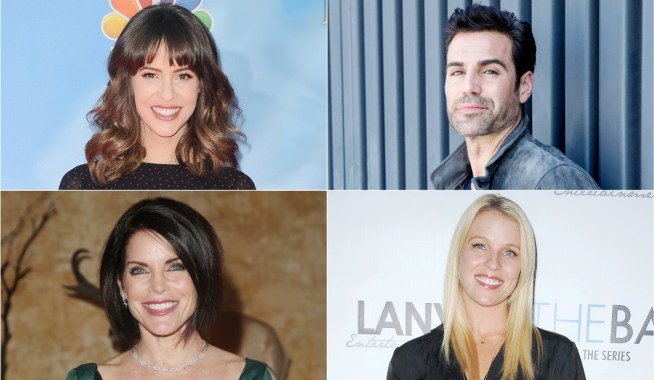