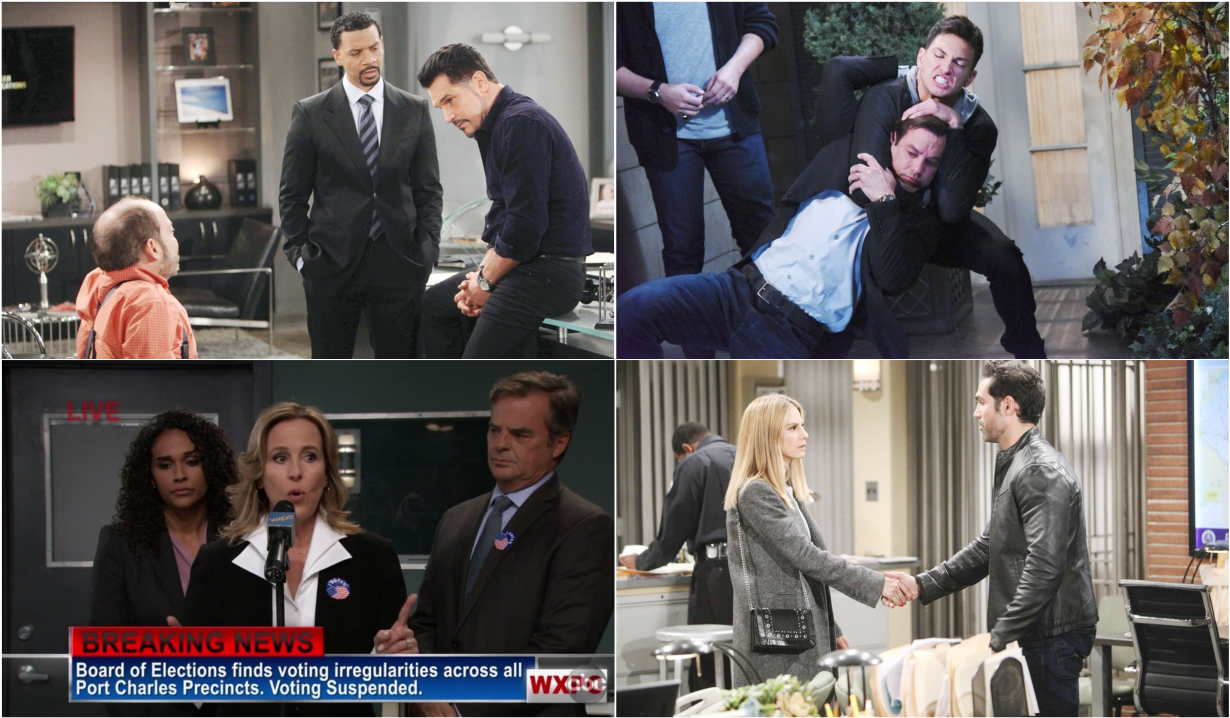 Soaps.com is back with a rundown of Bold and the Beautiful, Days of our Lives, General Hospital and Young and the Restless highlights from last week’s episodes, as well as spoilers for what’s to come.

First on The Bold and the Beautiful, after overhearing Donna tell Eric that she misses him, Quinn let Donna know that Honeybear was no longer interested in her sweets. As Brooke warned Ridge that Dollar Bill was onto the fact he pressured the judge in Will’s custody hearing, Bill hired Ken the IT guru to hack Ridge’s phone records. And Steffy’s fashion show for her intimates’ line was a huge success, except for Xander who got dumped by Emma after it. Coming up: Bill sets a trap for Ridge and the judge.

On Days of our Lives, Sarah ended her engagement to Rex after it was revealed that he cheated on her and fathered Mimi’s baby. Chad turned to Ben Weston for help kidnapping Abby from Stefan and whisked her away to a cabin where she went into labor. This marks the second time Abby has given birth in a cabin! Sami learned the mystery man was EJ and left town with him for treatment at a burn clinic. And John and Marlena were finally married as Days celebrated 53 years on air. Coming up: Gabi tries to convince Stefan to keep her secret.

More: Day of Days interviews with Deidre Hall and other actors

Over on General Hospital, Margaux teamed up with Sonny and forced her mother to confess that she was having an affair with the mobster Joe Scully and wanted Margaux’s father dead. Ryan, still masquerading as Kevin, asked Laura for a separation and continued to find himself drawn to Ava. Spencer introduced a virus into the polling computers, causing the results of the mayor’s election to be thrown out and a new vote scheduled. And Carly was framed for the Halloween murder of Mary Pat. Coming up: Sonny makes a plea to Margaux.

Finally, on The Young and the Restless, Phyllis and Nick decided to embrace a friends-with-benefits relationship while Sharon tried to distance herself from Rey. Summer pushed her mother to pair her on a Jabot project with Kyle, because she suddenly wants him back. Mariah and Tessa moved in together, and Mariah quickly discovered Tessa was hoarding cash. And JT’s watch was discovered in Chancellor Park, which Mac returned to town to identify, leading Rey to declare the park a crime scene. Coming up: Rey’s estranged wife Mia arrives in town. 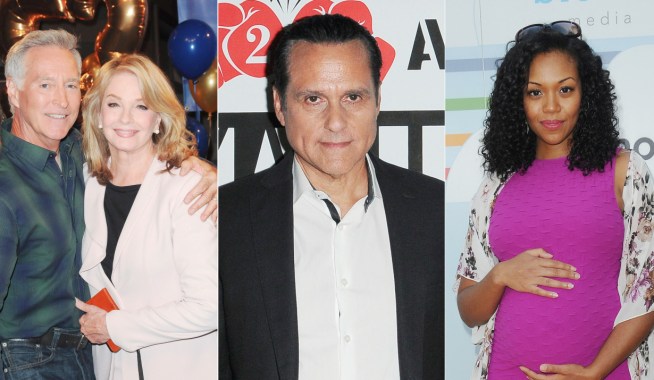 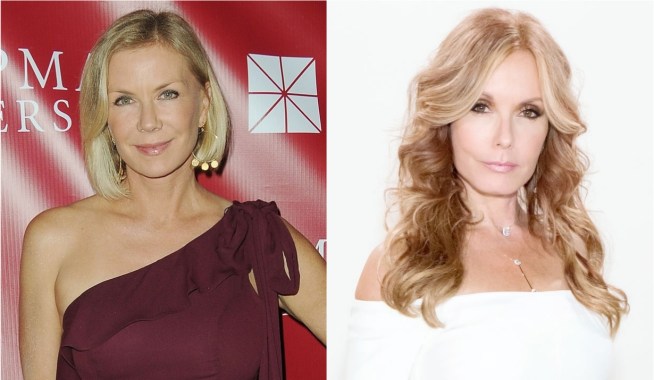