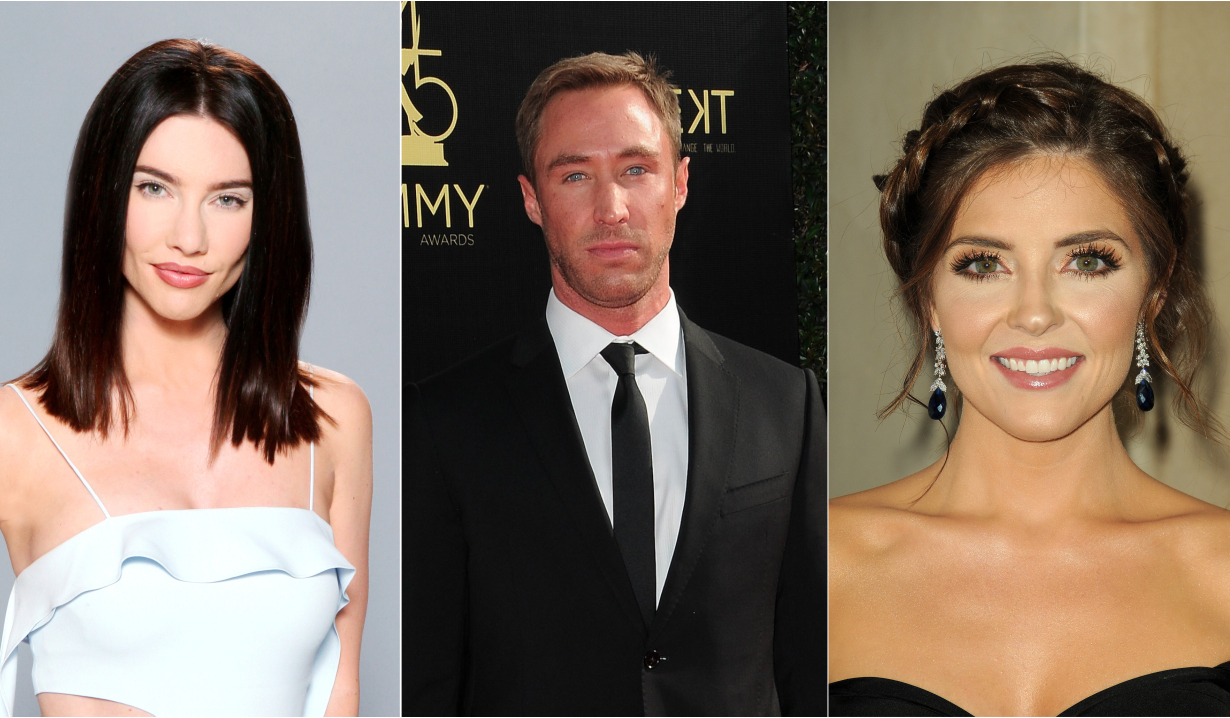 Soaps.com brings you the freshest news about The Bold and the Beautiful, Days of our Lives, General Hospital, and The Young and the Restless from October 15 – 19 and beyond.

Jacqueline MacInnes Wood (Steffy) confirmed the rumors that she is expecting her first child in a special video. Check it out in Soaps.com’s The Bold and the Beautiful news room where you can also weigh in on Pam’s plan to swap out portraits in a new poll as well as get the lowdown on all the latest casting news. And Candace examines the cracks in Brooke and Ridge’s marriage, Charlie’s lemony proposal, and wonders what’s ahead for Wyatt in the B&B blog.

After a very long absence, Judith Chapman returns to Days in a new role. More immediately, Kyle Lowder is appearing in Salem again, but this time he isn’t Brady Black, he’s Rex Brady. Find out what the actor had to say about his new role in our Days of our Lives news room. While you’re there, you can catch up on even more casting news and see the latest spoiler video. Plus, Jen Lilley (Theresa) opened up about the pain of miscarrying a child and the joy of adopting one. Meanwhile, Farah Fath Galfond (Mimi) shared photos from her baby shower. And Christine admired Gabi’s brilliant horribleness, Nicole’s apparently infinite chemistry, and the ongoing battle for Ben in her Days blog.

Just in time for Halloween, Patricia Bethune returns to GH as Ferncliff’s Nurse Mary Pat. Catch more casting news in our General Hospital news room as well as an interview with Matt Cohen (Griffin) about his plans to direct a short film starring his wife. And Dustin feels like Margaux’s whole plot in Port Charles is pointless, rolls his eyes at the prospect of a Peter, Lulu and Maxie triangle, and was shocked to see Sam doing her job in the new GH blog.

Rarely seen Abhi Sinha addressed his status on YR with a tweet last week about the uncertain future of Ravi. Find more casting new about who is heading in and out of Genoa City in our The Young and the Restless news room. Then cast your vote on Ashley’s plot against Jack in the latest poll before finding out about Y&R alum Max Ehrich’s (Fenmore) unpleasant experience with a stalker. Finally, Candace shares fan frustration regarding Ashley’s story, was perplexed when Summer and Phyllis had a Kumbaya moment, and feels conflicted about Kyle in her latest blog.