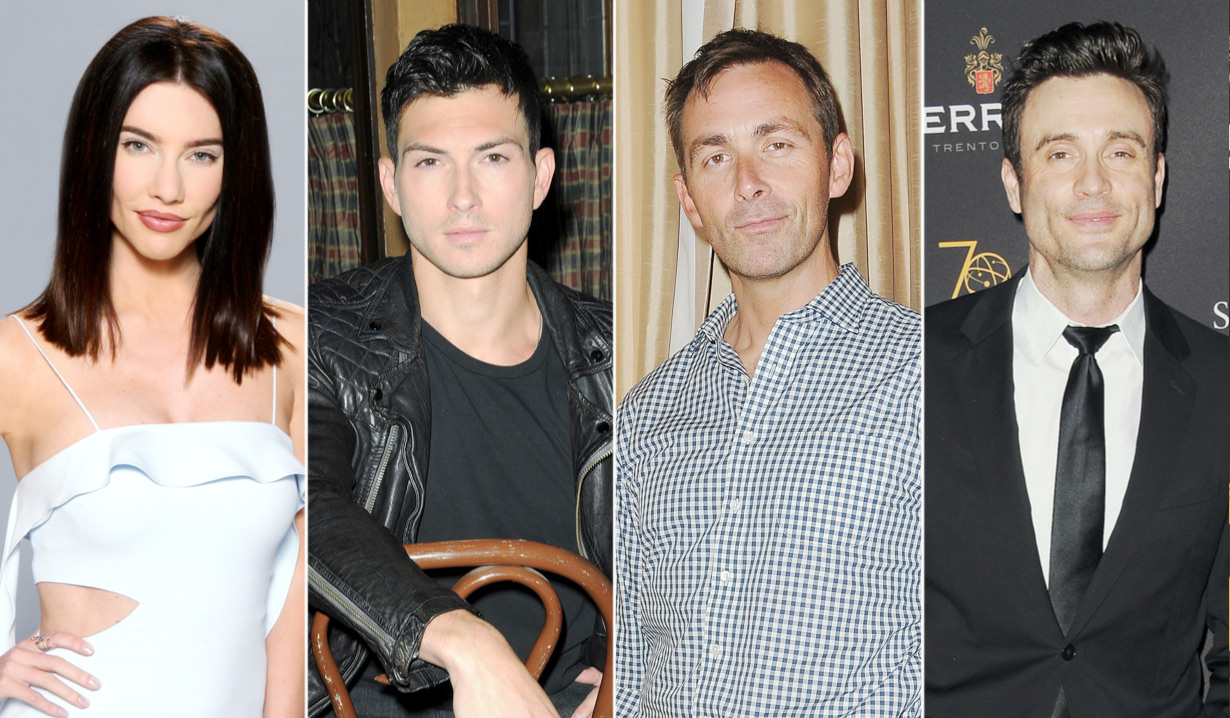 Soaps.com readers should enjoy these interviews with several stars from each of your favorite daytime dramas as they revealed some of their innermost secrets to Soap Opera Digest. From behind the scenes hilarious moments, to who makes them star struck, the actors opened up about these topics and then some.

Jacqueline MacInnes Wood (Steffy) revealed that during Liam and Hope’s wedding she and Hunter Tylo (Taylor) were seen chatting in the background. Wood explained, “We had a game where Hunter would whisper in my ear, saying what Taylor should do, like, ‘Taylor is going to go psycho in a minute.” The actress admitted none of it was scripted, and Hunter is so much fun to work with. She also revealed as a teen her walls were plastered with Jonathan Taylor Thomas (Randy Taylor, Home Improvement) posters.

Courtney Hope (Sally) shared she would most like to be stuck in an elevator with actors Dustin Hoffman, Ryan Reynolds or Kevin Hart. She’d want to be with, “Someone who can make me laugh because if we are stuck, I want to get my mind off of it.”

Kassie DePaiva (Eve) was asked which of her characters would win in a catfight, her current character of Eve or her One Life to Live alter-ego Blair? “Blair, because she’s smarter than Eve. But it might be Eve, because she plays dirtier.” DePaiva is also a talented singer and was asked who she’d most like to perform a duet with, dead or alive. Her answer was Elvis because, “He’s a hunk, a hunk of burning love.”

Robert Wilson (Ben) was asked who he’d like to see his character become BFF’s with and his answer was Victor Kiriakis. “We could shotgun beers together and watch Patriots football games.” He opened up about the most embarrassing fad he took part in as a teen, which was the big spiked blowout haircut. “Look up the Gottis. The sons of the family did their hair like that back in the 2000s.”

Elizabeth Hendrickson (Margaux) recalls one of her early scenes with Billy Miller (Drew) where she had to squirt mustard on his shirt. She admits, “I would’ve loved to have squirted him in the face, but I just kept it to the back of the shirt. But when Drew got Margaux back, he really went for my face! The jerk went to get my face and he missed!”

James Patrick Stuart (Valentin) revealed as a kid a girl he had a crush girl on was a huge Rick Springfield (Noah Drake) fan, so they went to see him in concert. He was so impressed with Springfield that he bought his album Working Class Dog and learned to play guitar to it. “I can still play that album. Everybody I know seems to have met this guy, but I’ve never actually shaken his hand or said thank you.”

Daniel Goddard (Cane) is known for being a huge prankster on set and gleefully shared his latest victim. “We had the fart machine on set and we did it to get Brooks (Nate) because he hadn’t been there for very long and we wanted to introduce him to the fart machine. We were shooting on set in Neil’s apartment and he didn’t know what we were doing in the beginning – and he actually thought someone was farting. After a while, he caught on and he thought it was pretty funny.”

Tracy Bregman (Lauren) admitted to meeting her teen idol David Cassidy. Her half-brother was his photographer and she accompanied him to the set of The Partridge Family when she was only 6. Then years later when she was selling her grandparents’ house he happened to be the buyer. In a funny twist of fate she tells, “When we walked through the garage, there was actually a life-size picture of the two of us taken outside his trailer when I first met him.” When asked if she’s ever kept anything from the projects she’s worked on she admitted, “I usually keep a wardrobe item, like a scarf from Happy Birthday To Me, but when I left Y&R to go to B&B, I took the sign on the desk that Lauren Fenmore.”