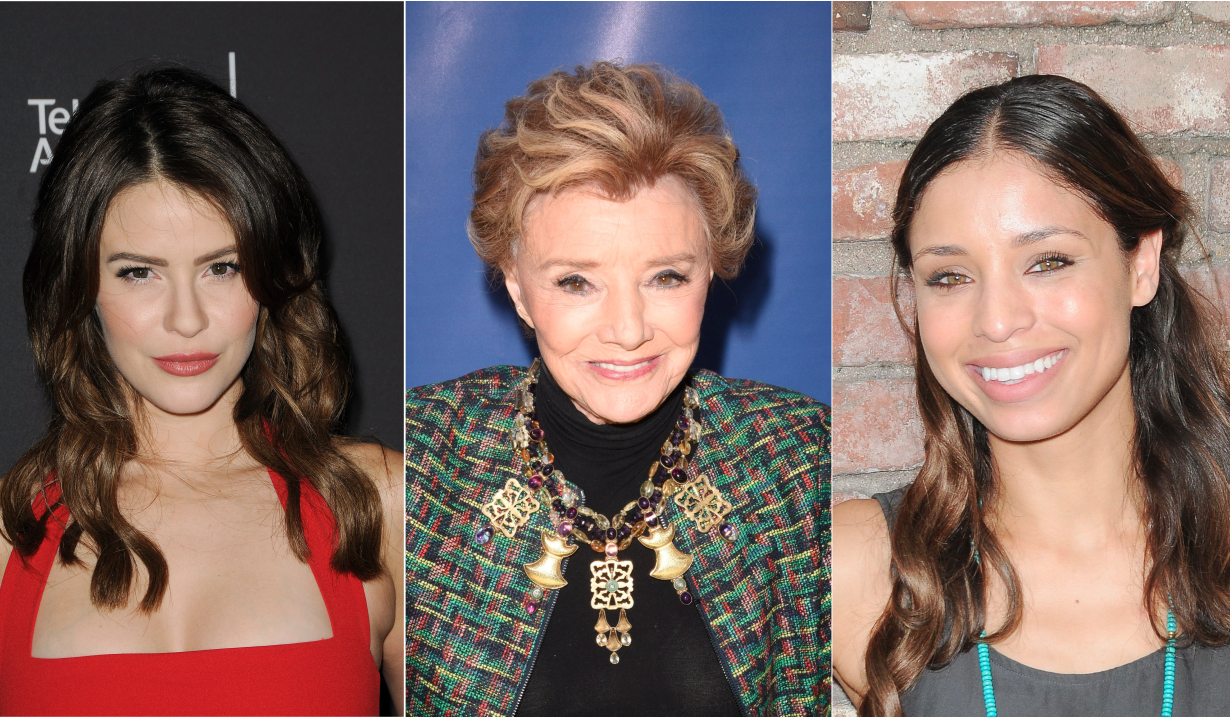 Soaps.com has all the latest news about The Bold and the Beautiful, Days of our Lives, General Hospital, and The Young and the Restless from October 8 – 12 and beyond.

Robin Givens returns to B&B this week as Dr. Phillips. Make sure that you take a look at the other casting updates for the show before finding out what a few of its former castmates have been doing in Soaps.com’s The Bold and the Beautiful news room. Ashleigh Brewer (Ivy) will be seen in HBO’s new film, My Dinner With Herve while Linsey Godfrey (Caroline) can currently be seen in the thriller, Fatal Fashion. Watch it on Netflix after you watch Brooke denying to Bill that she has feelings for him in the latest video. Plus, Candace detects the coming end for Brooke and Ridge, and ponders the problems for Wyatt working with his exes, and Bill flipping his affections in the B&B blog.

The cast of Days said a sad farewell to Peggy McCay (Caroline). The actress passed away at 90 following a career that stretched back to the 1940s. The Primetime Emmy Award winner started on Days as the matriarch of the Brady family in 1983. Trey Baxter joined Days as the mystery man that Kristen has been keeping in a warehouse and some suspect may be EJ. Get a glimpse of what’s in store for Ben and Ciara in the weekly spoiler video in our Days of our Lives news room. And Christine ponders the things that could only happen in Salem, like falling out of windows without a scratch, perpetual wedding disruptions, and busting doppelgangers out of prison in her Days blog.

For World Mental Health Day, Brytni Sarpy (Valerie) spoke out about her own battles with depression. You can watch her personal video opening up about the problems she’s faced in our General Hospital news room. After you’ve checked out the latest casting news for the population of Port Charles, find out why Dustin dislikes Margaux even more than before, finds it hard to care about some disconnected plots, and seriously doubts that Sasha is Nina’s daughter in the new GH blog.

We have an update on the latest casting for the soap and Eileen Davidson’s (Ashley) infectious spider bite in our The Young and the Restless news room. We also have pictures and details of Peter Porte’s (Ricky) wedding in New Orleans. Take a look at them before watching the latest videos of the action in Genoa City featuring Victoria being blackmailed over TJ’s murder and Jack demanding some answers from his sister. Finally, Candace deals with the fallout from Phyllis and Nick’s one-night stand, roots for Team Lola, and was torn about Ashley’s tactics in her latest blog.