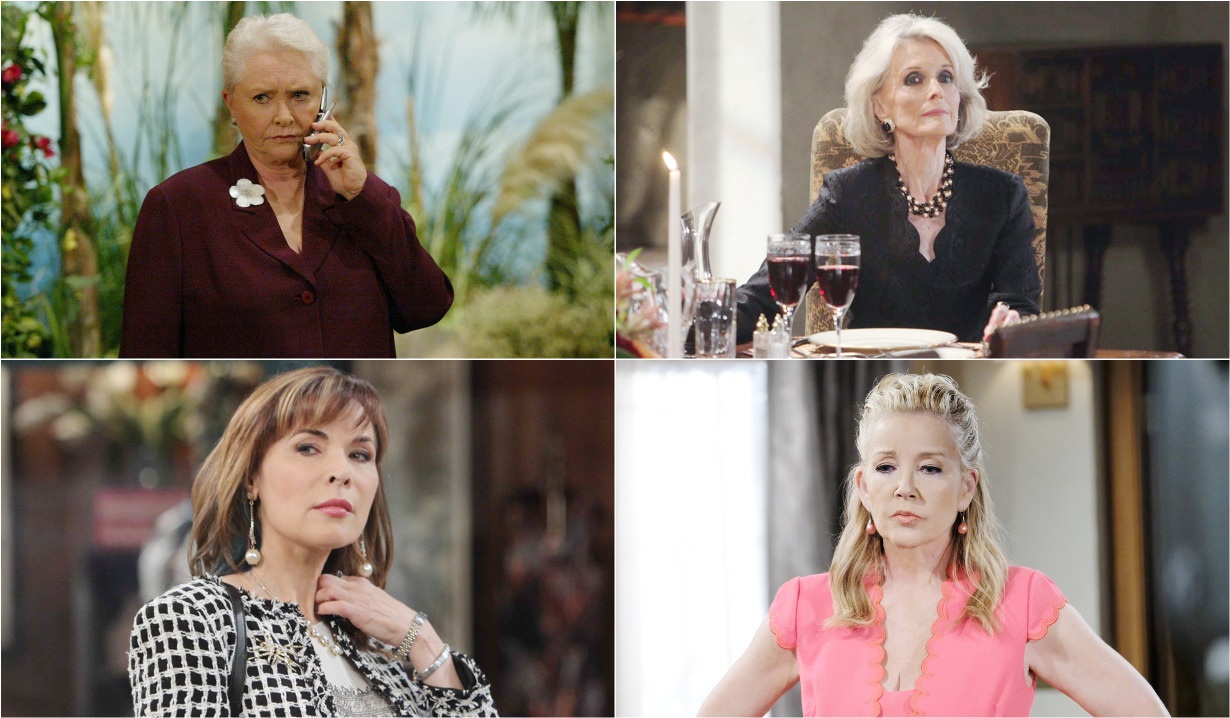 In celebration of Mother-in-Law Day which is October 28, Soaps.com looks at Bold and Beautiful, Days of our Lives, General Hospital and Young and Restless’ scariest mother-in-laws; women who have undertaken some downright mean and near-deadly acts in the name of protecting their own interests or family members. If your mother-in-law is merely nosy and always burns the Sunday pot roast, consider yourself lucky!

Despite Stephanie Forrester (Susan Flannery) becoming so close with her daughter-in-law, Brooke Logan Forrester by the end of her life that she died in her arms, the battles between the two over the years were epic. Stephanie smacked Brooke across the face no less than six times, and she also slapped her favored daughter-in-law, Taylor Hayes Forrester. Stephanie had Brooke arrested over a custody arrangement violation, attacked her when she became involved with her son Thorne, stranded her on an island with Nick Marone, had her removed from Forrester Creations in a garbage can, had a naked photo of her put on a billboard, choked her with a phone cord, set her up with a man who turned out to be a rapist, slandered her on TV and a webcast, and bribed her grandson, Thomas, into lying that he’d had sex with Brooke so as to keep her from Ridge. Phew! Stephanie certainly qualified as a ‘monster-in-law’ as opposed to ‘mother-in-law’.

A femme-fatale who is family-oriented, overbearing and interferes, with Kate Roberts (Lauren Koslow) as a mother-in-law you’re going to want to watch what you’re eating and double-check all DNA results. Kate has meddled relentlessly in the lives of her sons’ women since her son Lucas got involved with Sami Brady. She not only drugged the blonde and tried to kill her, but framed her for murder, which had Sami facing death by lethal injection! She didn’t much like Chloe Lane, either, and tried to kill her with poison brownies when she was drawn to Daniel while married to Lucas. When Kate’s son, Philip fell for Belle Black, Kate manipulated DNA results to make it look as though he was Claire’s father, rather than Shawn. She also changed the DNA results on Sami’s twins to make it appear that EJ was the father, and not Lucas. Currently, Kate’s allowing Gabi to gaslight Abigail, her step-son, Chad’s wife, all the while telling Gabi she’s ‘on her side as long as it doesn’t hurt Chad’. Kate Roberts is one dangerous and conniving mother-in-law.

Helena Cassadine (Constance Towers) might go down as the evilest mother-in-law in soaps history. Though Laura was only her daughter-in-law through a captive marriage to Stavros, she rained terror down on Laura and her loved ones for years. Helena tricked Laura and her son, Stefan, into believing he had fathered Laura’s son, Nikolas, so that she could gain access to the Cassadine fortune, when his father was actually Stavros. She later kidnapped and brainwashed Laura’s son, Lucky, and had him undertake many heinous acts, poisoned Stefan, and tried to get her grandson, Nikolas, declared mentally incompetent – once again to gain control of the family fortune. But that wasn’t all; she later shot Lucky, kidnapped her great-grandson, Spencer, and threatened Nikolas. Laura was also held at gunpoint by Helena, along with her husband, Luke, who also had his earring poisoned by the notorious woman. Helena had her goons knock Nikolas unconscious, but he was there trying to revive her when she finally met her maker. Ding, dong, the wicked old witch is dead! Or is she? Never say never when it comes to Helena.

Nikki Newman’s (Melody Thomas Scott) scuffles with her daughter-in-law Sharon over the years seem pretty tame compared to the more, ahem, murderous moms-in-law mentioned, but they are no less memorable to Y&R fans, and let’s be honest, Nikki has killed a time or two, and was once arrested for assaulting Sharon. Nikki saw Sharon as a golddigger from the time she got together with her son Nick as a young woman, and Nikki developed a penchant for blaming Sharon for anything and everything. Their more physical interactions included Nikki pushing a drunk Sharon into the Abbott pool, and the duo having a full-on, hair-pulling catfight with Nikki dumping water over Sharon’s head, and Sharon pushing Nikki’s head into a bucket in the Newman stables. Their vicious verbal attacks are perhaps more impressive, however, with Sharon often referring to Nikki’s stripper past and Nikki calling Sharon things like ‘selfish, manipulative bitch’ or referencing incidents stemming from her history of mental illness such as burning down the Newman ranch. During such confrontations, Nikki insulted Sharon to the point that she threw a vase at her mother-in-law’s departing back, and dumped a pitcher of milk over her head. Though they’re currently working together to hide a secret, this is a rivalry for the ages! 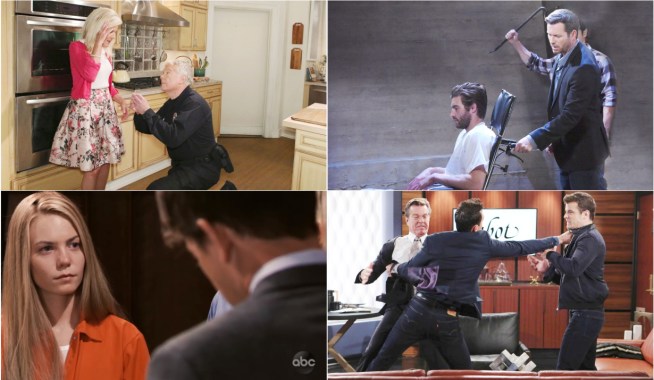 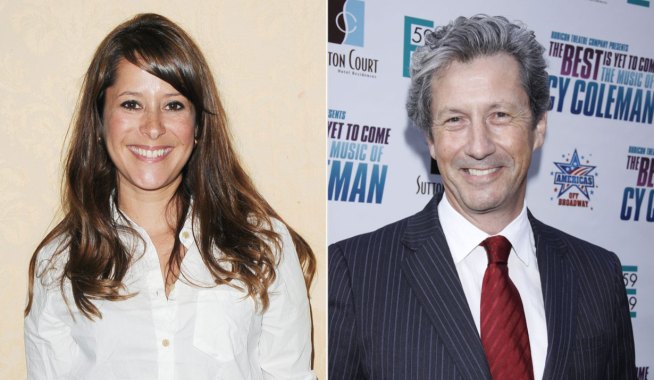