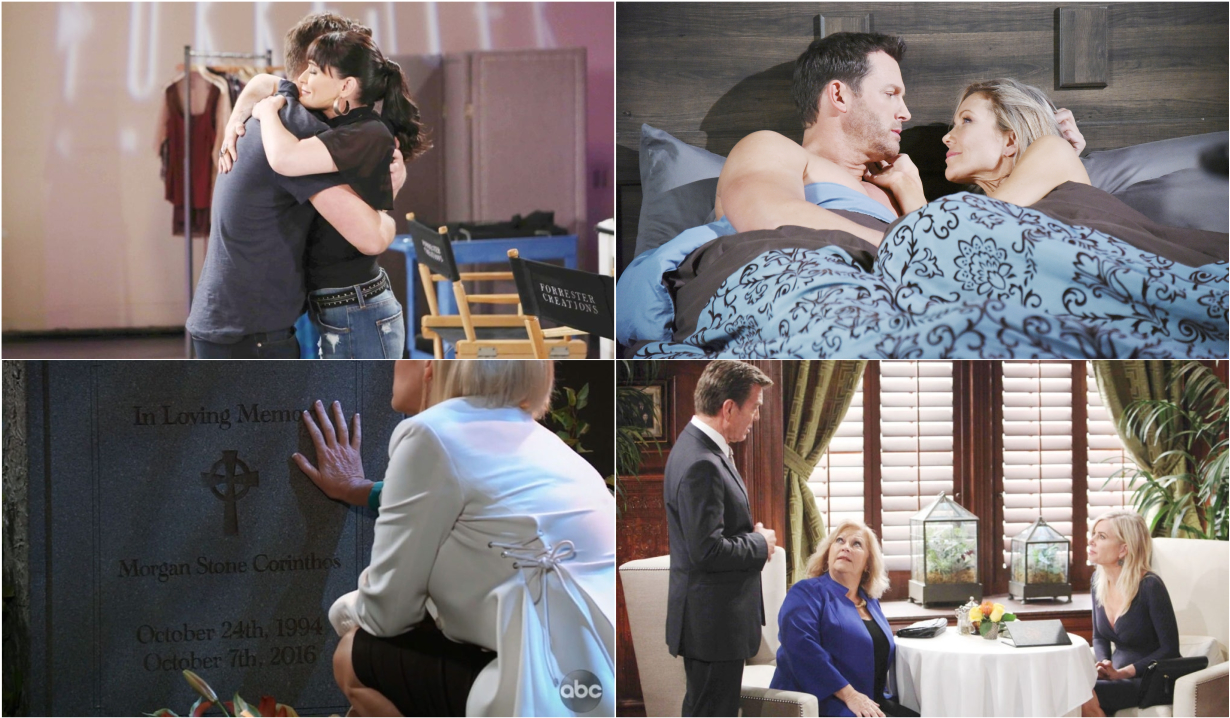 Soaps.com has your weekly roundup of highlights from last week’s Bold and the Beautiful, Days of our Lives, General Hospital and Young and the Restless episodes, plus a teaser each for what’s to come.

First on The Bold and the Beautiful, Katie allowed Bill to see Will, while, Brooke confronted Ridge over pressuring the judge to rule in Katie’s favor. Ridge ordered her to keep it a secret, so naturally she went to tell Bill. She wasn’t able to tell him because Dollar Bill pulled her into a kiss. She pushed him away, but not before Steffy saw the kiss and went straight to Ridge. Coming up: Bill gets another blow when he learns Wyatt is leaving Spencer to work with Sally at Forrester.

Over on Days of our Lives, Chloe convinced Lucas to fight for custody of his daughter with Bonnie, who actually was Mimi’s daughter, who demanded her mom get her baby back. Marlena and John learned Xander shot her at their wedding and Sami was cleared of the crime. Eric was stunned to find Nicole married to Xander, thanks to his blackmailing her, and vowed to help her escape him. And Brady trailed Kristen to a warehouse where she and Xander had been caring for a mysterious patient. Coming up: Sami teams up with Eric and they break into the warehouse.

And on General Hospital, Margaux offered Drew the flash drive with his memories in exchange for him using Jason’s memories to help her nail Sonny. Sam put the brakes on things with Jason because she needed more time, even though it’s been a year since he returned from the dead. Nina met her newly found daughter Sasha, who wasn’t sure she wanted a relationship with Nina. And Carly and Michael had to testify against Nelle, who teased that she had news that would change Michael’s life. Coming up: Drew makes a decision.

Finally, on The Young and the Restless, even after the wedding blow up, Nick remained optimistic he and Sharon would be together, but Sharon let him know it wasn’t happening. While Billy checked into rehab, Traci removed the blood clause at Jabot and Ashley took control as CEO. Later, Jack confronted her about the money paid to the mysterious Andrew, and Ashley finally admitted she had the DNA tests doctored and Jack’s always been John’s son. And when Victoria, Nikki, Sharon and Phyllis all received blackmail notes, Phyllis suspected Rey was behind them. Coming up: Dina has another secret to tell! 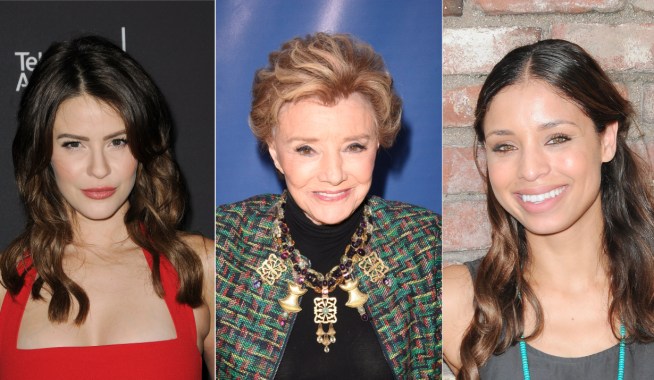 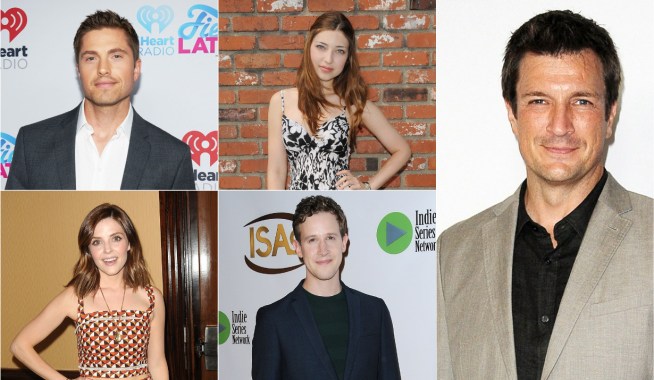