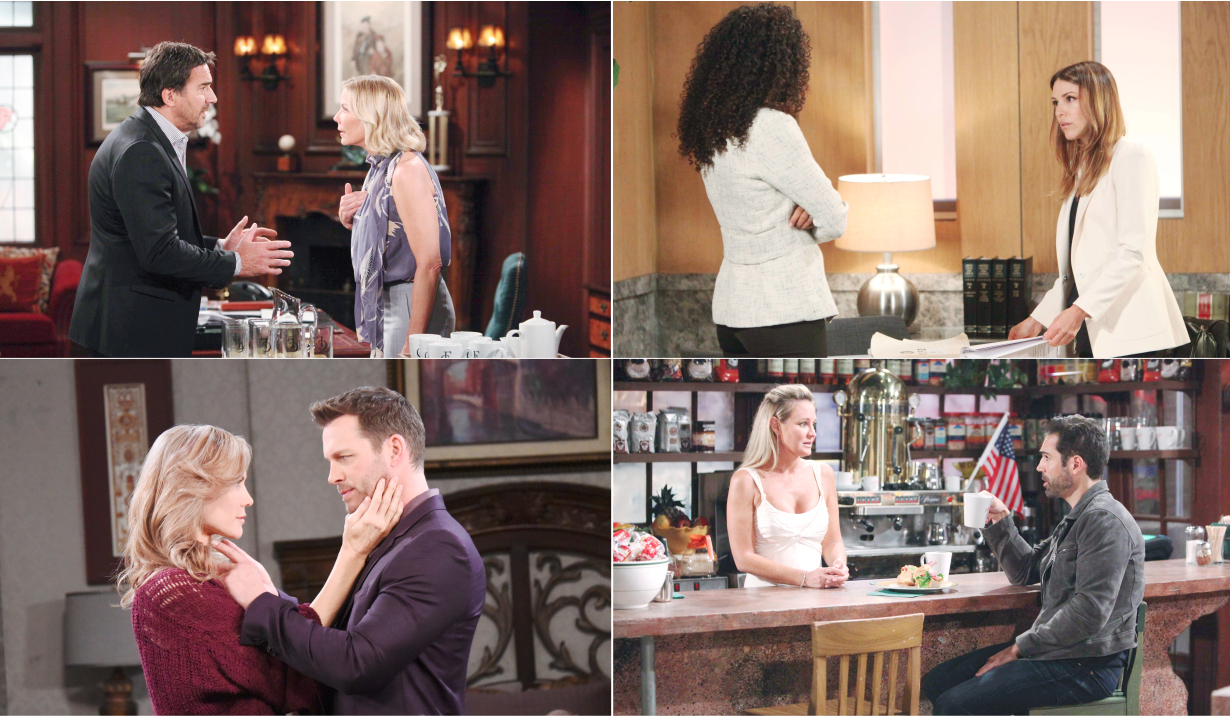 Getting to the bottom and climbing on top.

Get a sneak peek at what’s coming up as Soaps.com brings you fresh spoilers for the week of October 8 – 12 for The Bold and the Beautiful, Days of our Lives, General Hospital, and The Young and the Restless, plus Days and GH spoilers from October 15 – 19.

Katie and Bill spend some time with their son, and she can’t help but be affected by how deep his connection to Will is. Brooke has been equally affected by Bill’s bond to his son and decides to manipulate the easily manipulated Judge McMullen to get the dirt on what Ridge made him do. Once she has the necessary information, she calls Ridge out about it. She feels terrible for how Bill has been treated and goes to see him. Steffy, already worried about the clearly unstable relationship of Brooke and Ridge, questions her father and then manages to catch the blonde locking lips with Bill. Steffy runs off to tattle to Ridge about it while Brooke shocks Katie with the news of how he manipulated the court case. Check out Soaps.com’s The Bold and the Beautiful spoilers to find out what Quinn does that has Wyatt concerned.

Bonnie’s scheme is rubbing Mimi the wrong way and the two women fight about it while Lucas and Chloe try explaining Baby Bonnie to Kate. Meanwhile, Eric is shocked by what Nicole tells him, but will he be even more shocked by what she’s willing to do to reunite with him? Back in Salem, John and Marlena get to the bottom of the bloody night they almost got married. He has some choice words with Hattie, but they might be tame compared to what pops out of Hope’s mouth when she catches Rafe comforting Sami. And Brady continues to let his guard, and perhaps some other things, down for Kristen. But it’s just to win her confidence. He stalks after her to find out what, or who, she has been keeping secret. Read the Days of our Lives spoilers to see who has a surprising new partner.

Although Jordan has some bad news for Margaux, it turns out that the DA is a lot more creative and has a back-up plan. While the lawyer has no problem sticking by her choices, Jordan has more difficulty living with her own. Across Port Charles, Jason supports Carly’s latest idea and Mike explains what his worries are. Sam has some ideas of her own, but they may require her to act fast. She opens up to her mom about them while things keep getting shut down between Ava and Kiki. In spite of his career being on the rocks, Griffin is looking forward to his future, but the future looks grim to Kim and she makes an extreme move. Could this be why Oscar decides it’s time to do something differently? Take a look at our General Hospital spoilers to discover what Nina regrets.

Feeling down in the dumps, Sharon gets some help from Rey. However, it’s unlikely that anyone can help her when she has a fight with Phyllis. As Nick gets desperate in trying to pull his life back together, Ashley has reason to celebrate after she hides what she’s been up to. While this is good for Neil, it’s not so good for everyone else around her. Jack starts to spin out of control and Summer winds up on the receiving end of Ashley’s wrath for her role in Billy’s downfall. With Summer busy defending herself, Kyle does his best to impress Lola, but something seems to be going wrong and one of them gets the wrong idea. And Victoria tries to keep things from becoming more fraught but that may be hard as she and Nikki are forced to face up to the JT situation. Visit The Young and the Restless spoilers to learn who Noah issues a warning to. 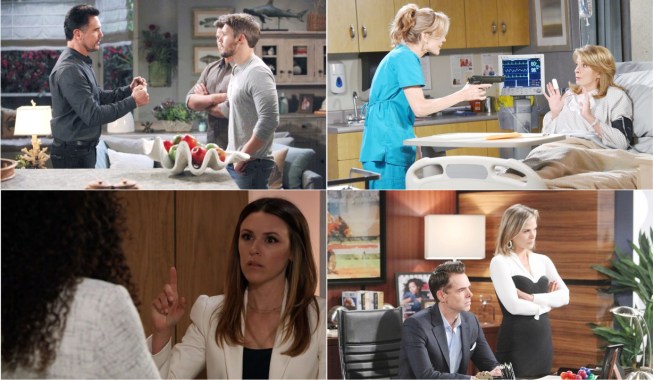 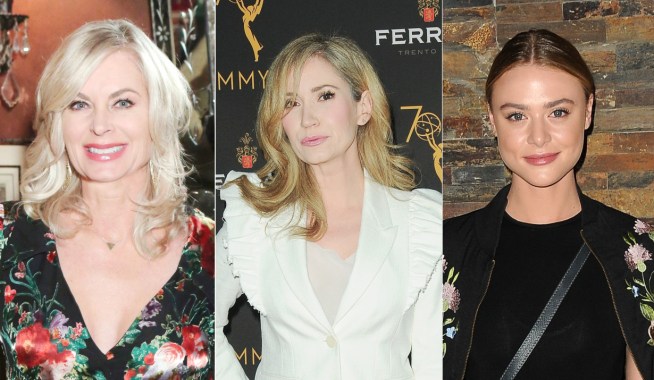