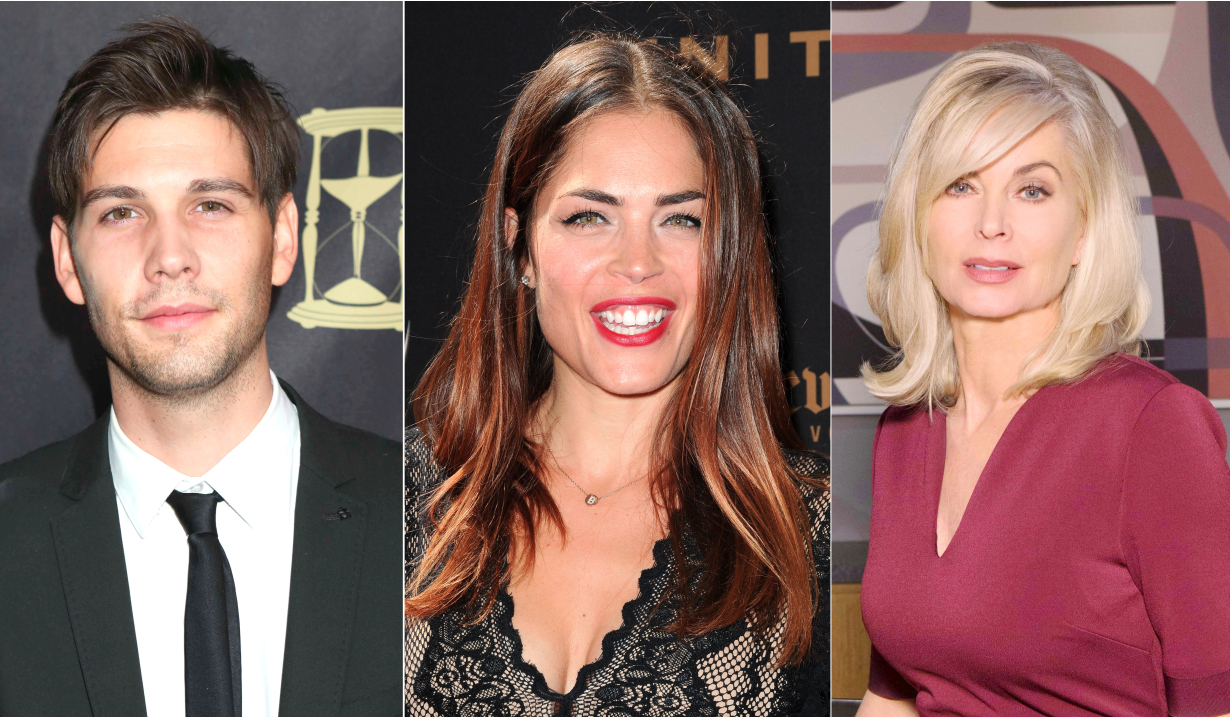 Stay on top of the latest in daytime with Soaps.com’s news about The Bold and the Beautiful, Days of our Lives, General Hospital, and The Young and the Restless from September 24 – 28 and beyond.

Big Brother housemates Tyler Crispen and Brett Robinson join B&B for guest spots. Find out when you can see the reality TV stars and catch all of the most recent castings news in Soaps.com’s The Bold and the Beautiful news room. While you’re there, you may want to revisit last week’s video highlights, such as Bill getting angry at Justin, Justin throwing doubt on the court case, and Ridge doing all he can to get the desired result. Plus, Candace enthuses about Bill’s one-liners, ponders Bill’s future with his sons, and asks viewers if they want Brooke to dump Ridge for the Stallion in the B&B blog.

After leaving in October of last year, Arianne Zucker is returning to Days as Nicole Walker. She’ll be back on your screen while Paul Telfer exits Days as Xander once again, but not without sharing some screentime with Zucker and leaving a surprise behind. Former Days star Frank Perry passed away. Perry was best known for playing Grandpa Shawn Brady for 25 years. See how his castmates remembered him before finding out what’s new for Casey Deidrick (ex-Chad). Watch a teaser of the Days alum in his sexy new web series Driven in our Days of our Lives news room. Make sure that you cast your vote on Hattie in the latest poll before learning why Christine thinks that Eve and Brady are two peas in a pod, marvels at Kristen and Stefan’s chemistry, and offers her thoughts on Hattie’s return in her Days blog.

The Britch is back! Kelly Thiebaud returns to GH as Britt Westbourne. No word yet on how long she will be back or what’s in store for the character. Only slightly less likely to wreak havoc, Nicolas Bechtel is back at GH as Spencer Cassadine. He was last seen on the soap in June 2017. GH alum Vinessa Antoine (ex-Jordan) can be seen on the network Entertainment One in the new show Diggstown while Hudson West (Jake) will be competing in the new season of Dancing With the Stars: Juniors. Find out who he will be dancing against before getting a look at another side of Michelle Stafford (Nina). The busy actress and entrepreneur has branched out into fashion with a new clothes line. Get a glimpse of the sexy photos in our General Hospital news room, where you can also find out how Kelly Monaco (Sam) is connected to one of her favorite plots. And Dustin laments major General Hospital storyline re-writes, Oscar facing the truth about his condition, and Brad’s tedious panicking in the new GH blog.

It looks as though Eileen Davidson’s days as Ashley Abbott might not be over after all. According to Y&R headwriter Mal Young, the actress is not going for good. Meanwhile, Alyvia Alyn Lind (Faith) has joined the cast of the Hulu series Future Man. Learn about her other recent projects in our The Young and the Restless news room. Finally, Candace was riveted by Billy’s downward spiral , had a laugh at Mattie’s arrest, but thought that Sharon’s promising bachelorette party fell flat in her latest blog.

Jay Jeon to Step Down as Busan Festival Director