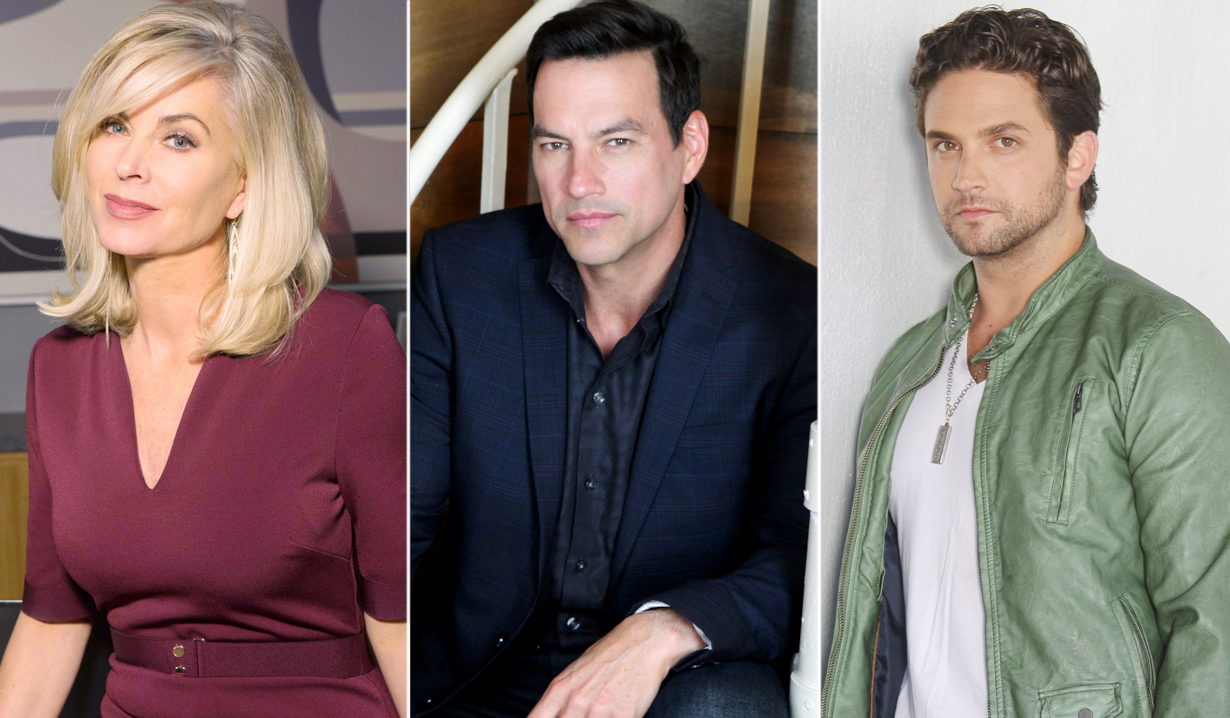 Casting news for the month of September and beyond.

September’s comings and goings on Soaps.com included Big Brother contestants making an appearance on The Bold and the Beautiful, a number of fan-favorite characters not seen in over a decade are returning to Days of our Lives, a younger actor is back taping at General Hospital, and an iconic actress who was set to leave The Young and the Restless is making a return.

Keith Carlos made another B&B appearance as Danny, the bartender at Bikini Beach. Ashley Jones was seen as Bridget Forrester for another Logan family wedding and was joined by Jennifer Gareis as Donna Logan. Gareis also revealed she was returning to the show with a new contract. Big Brother season 20 runner-up Tyler Crispen and housemate Brett Robinson will make a future appearance. Maile Brady, daughter of Wayne Brady, will also appear in a future episode as a friend of Nia Sioux’s (Emma). Read Soaps.com’s The Bold and the Beautiful Comings and Goings for Gareis’ statement on her return to the show.

Judi Evans and Deidre Hall once again pulled double duty on Days, bringing back Bonnie Lockhart and Hattie Adams. Bonnie returned with a daughter, baby Bonnie, played by Katie and Natalie Monarch. Julian Barnes reprised the role of Harold, the Kiriakis butler. Farah Fath Galfond’s first airdate as Mimi Lockhart has been revealed. Paul Telfer will return as Xander, and Arianne Zucker is making a very brief visit as Nicole Walker. Actor Tyler Christopher is taking a leave of absence and the role of Stefan DiMera will be temporarily played Brandon Barash (Johnny Zacchara, GH). And Kyle Lowder, who originated the role of adult Brady Black, is returning as Rex Brady. Read our Days of our Lives Comings and Goings to find out the details of Kate Mansi’s return as Abigail DiMera.

More: Days Hattie Adams, lover her or hate her?

ESPN’s Stephen A. Smith made a quick return to GH as Brick. Briana Nicole Henry debuted as the new Jordan Ashford. Kimberly McCullough wrapped up her latest return as Robin Scorpio-Drake. Sofia Mattsson debuted as Sasha Gilmore. James Read was back as George Chase, the father of Harrison Chase and Hamilton Finn. Kelsey Wang began airing as Daisy. Kelly Thiebaud announced she’ll be returning as Britt Westbourne. And Nicolas Bechtel is back taping new scenes as Spencer Cassadine. Read Soaps.com’s General Hospital Coming and Goings to learn when Genie Francis will return as Laura Spencer.

Shockingly, Doug Davidson has been let go at Y&R as Paul Williams. Corbin Bernsen also revealed that there are no plans to bring his character, Father Todd Williams, back. Richard Gleason debuted as Matt Miller, the brother of Victor Newman. Jess Walton returned as Jill Abbott. Though Eileen Davidson has finished taping as Ashley Abbott, head writer Mal Young has revealed she will be back. The actress soon quashed his statement…Hunter King will temporarily be replaced by Bayley Corman in the role of Summer Newman. And Alyvia Alyn Lind will make an appearance as Faith Newman for a big occasion. Read the Young and the Restless Coming and Goings to learn why Eric Braeden’s Victor Newman will be off-screen in the coming months.